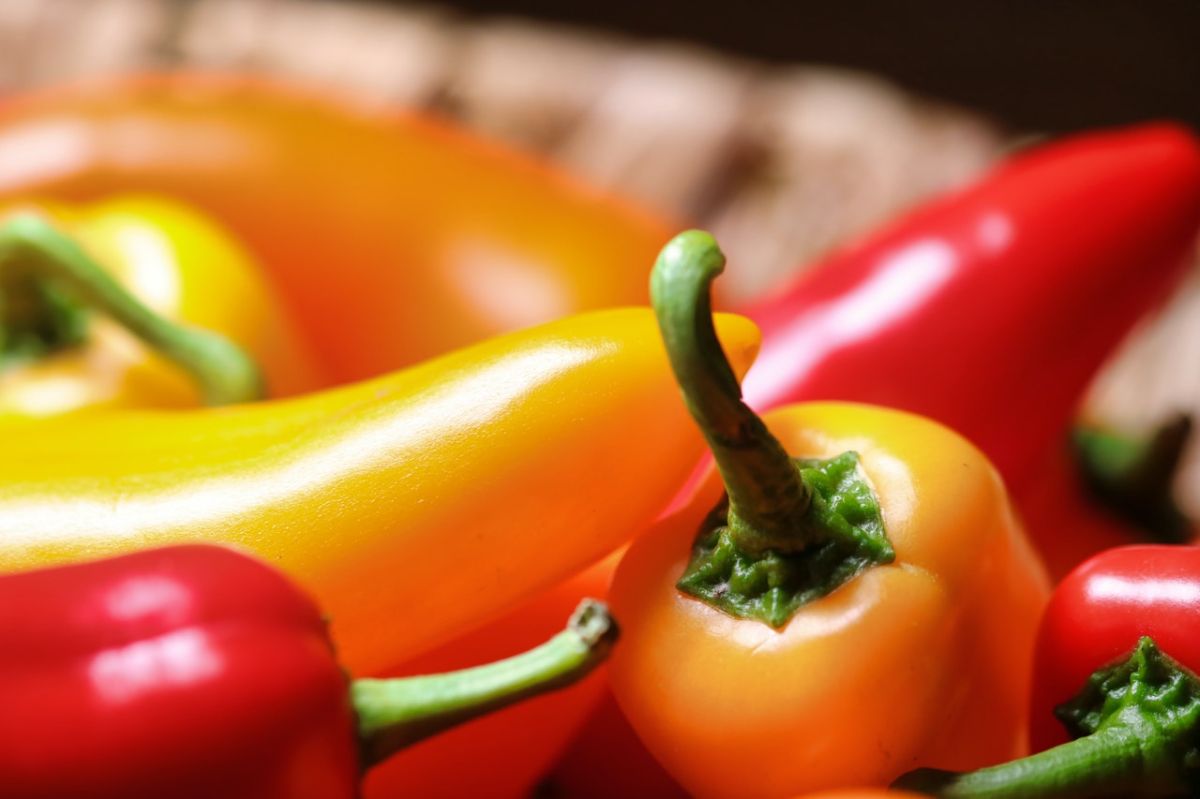 Some chili peppers have more vitamin C than oranges.

He chile is a representative food of Mexican food, almost as much as corn. Chili peppers are consumed fresh, cooked, roasted, dried. He 90% of the dishes contain chili, either directly (chopped or sliced) or as a fundamental ingredient in sauces, marinades and dressings.

Chili is not only an accompaniment, it is also the protagonist of typical dishes such as mole, the chilaquiles, the poblano rajas, the stuffed chile or chiles en nogada, among many others.

In stories that the magazine takes up Mexican Archeology, Fray Bartolomé de las Casas described that “without the chili (Mexicans) don’t think they are eating ”, and Alejandro de Humboldt assured that “for those of these lands, chili is as necessary as salt.”

Chili peppers, with their edible inner seeds, are a fruit, as are tomatoes, zucchini, and eggplant.

Chili peppers can have more vitamin C than oranges. Red or yellow peppers are also high in beta-carotene, which the body converts into vitamin A, are rich in phenolic compounds. In addition, the chili peppers provide vitamin B6, potassium and vitamin E.

Just half a cup of chopped raw red bell pepper has 95 mg of vitamin C; while a cup adds almost three times the vitamin C it has an orange (70 mg) according to the data of the Office of Dietary Supplements.

3. The spiciness of the chili is not in the seeds

The capsaicin It is the substance that makes chili peppers taste spicy. The spiciness of chili is not found in the seeds but in the placenta, which is popularly known as veins. For this reason, when you want the chili to not be too hot, you have to devein it. The intensity of the heat is measured in units of the Scoville scale (SHU).

The flavor of chili comes from the pericarp, this is the outer part of the fruit.

A new investigation by the American Heart Association points out that eating chili peppers regularly is great for the heart and can ahelp you add a few more years to your life.

Researchers found that people who ate chili peppers reduced their risk of dying from cardiovascular disease by 26%, cancer by 23% and all causes by 25%.

5. Chili does not cause stomach ulcers

The consumption of chili does not cause gastrointestinal diseases as has long been led to believe as a result of studies conducted decades ago in people who already suffered from gastrointestinal conditions, such as ulcers, according to Center for Research in Food and Development (CIAD).

He not excessive consumption chili is healthy. Increases blood supply in gastric ulcers, promoting healing. A investigation conducted in 2019 indicates that capsaicin can reduce intestinal inflammation and protect the stomach.

Consuming spicy stimulates the release of endorphins, substances of the brain that produce a sensation of pleasure. Chili also helps increase levels of serotonin in the brain. The spicier the chili, the better the feeling of well-being it causes.

The The word chile is derived from the Nahuatl word chilli. The scientific name is Capsicum. The chili has 250 species, detailed Global Cristina Barros, writer and specialist in Mexican gastronomy at the Autonomous University of Mexico.

Christopher Columbus called Chile bell pepper, due to its flavor so strong that compared to pepper. During the Conquest, in the 16th century, the Spaniards named it ají and used it to season meats, according to the National Institute of Anthropology and History (INAH).

9. In Spain, the chili lost its heat and the bell pepper emerged

When they brought the pepper to Spain, as it adapted to those lands it lost its heat, becoming the sweet chili known as Bell pepper.

10. Jalapeño is the most used chili in Mexican cuisine

The most used chili peppers in Mexican cuisine are:

The INAH chili indicates that older evidence So far found of chili seeds in Mexico refers to the Coxcatlán cave, in Tehuacán, Puebla, where archaeologists discovered remains of chile from between 6900 and 5000 BC