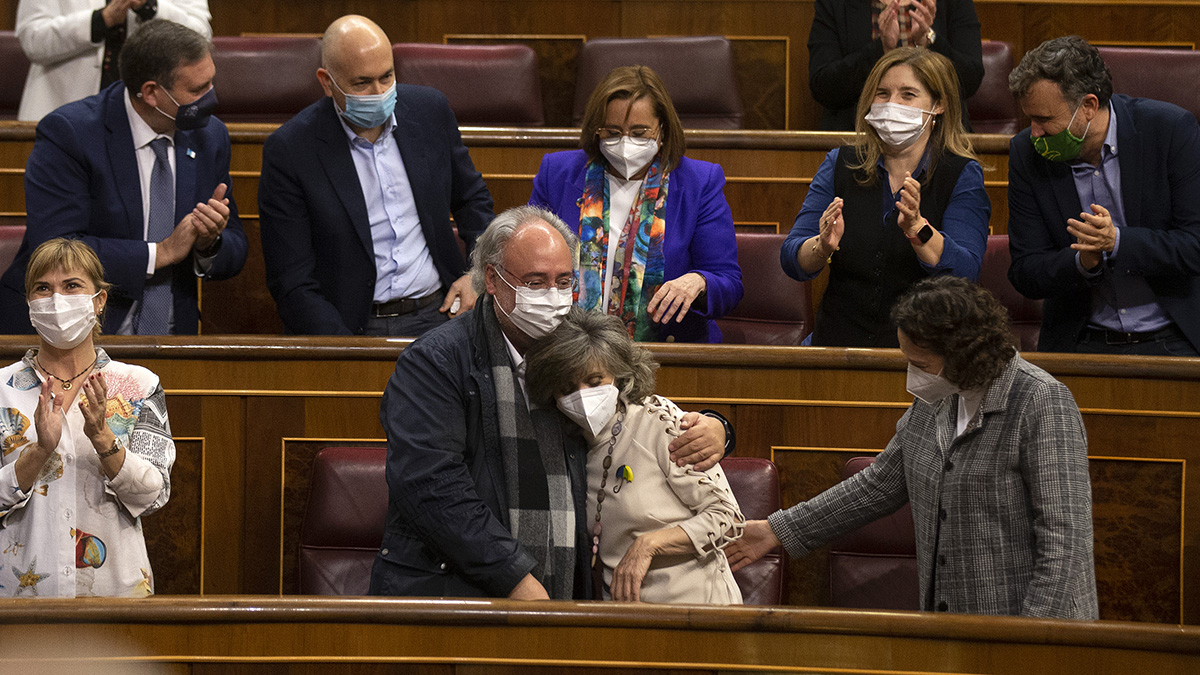 The euthanasia law approved this Thursday by the Plenary of the Congress of Deputies is practically closed after the vote. The text obtained a large majority, 198 votes in favor, 138 against and two abstentions. If no amendments are approved in the Senate, which does not seem likely, it will only be necessary for the upper house to ratify it for it to enter into force. These are the 10 keys to the standard.

“Active euthanasia is the action by which a healthcare professional deliberately ends the life of a patient and at his request, when it occurs within a euthanasic context due to a serious, chronic and incapacitating condition or a serious and incurable disease , causing intolerable suffering ”, defines the organic law in its explanatory statement. The text does not name assisted suicide as such, but considers within that “euthanasian context” both “the direct administration of a substance to the patient by the competent healthcare professional”, euthanasia itself, and “the prescription or supply to the patient by the health professional of a substance, so that it can be self-administered, to cause his own death ”, medically assisted suicide.

2. Who can request it

You must “have Spanish nationality or legal residence in Spain or registration certificate that proves a time of stay in Spanish territory of more than 12 months, be of legal age and be capable and aware at the time of application”, says the law . If the person does not meet the requirement of being conscious, it can be applied if he has “previously signed an instruction document, living will, advance directive or equivalent legally recognized documents, in which case the provision of help to die can be facilitated in accordance with the provided in said document. In the case of having appointed a representative in that document, he will be the valid interlocutor for the responsible doctor ”. If there is a living will, but it does not appoint a legal representative, “the responsible doctor may submit the request for euthanasia.” As can be seen, unlike the laws of the Netherlands and Belgium, minors are not included. As they are of legal age, it is not included that they have to consult their environment.

3. How is it confirmed that the interested party acts freely?

The process, speakers and defenders agree, is “extremely guaranteeing.” If conscious, the interested party must first request euthanasia twice in writing (or by other means that leaves evidence, for example if the person cannot write) separated by 15 days and that makes it clear that it is not “the result of any external pressure ”. After the first request, the doctor responsible for the case must carry out with the requesting patient “a deliberative process about his diagnosis, therapeutic possibilities and expected results, as well as possible palliative care, making sure that he understands the information that is provided.” The patient must confirm their intention. Also after the second request there should be a doctor-patient meeting to ensure that he knows what he is asking for. With this, there would already be four times that the patient must confirm their wishes, and all must be reflected in their medical history. But, in addition, after the evaluation committee approves the procedure, the patient will have to agree again. Of course, the interested party can stop the process at any time.

4. Who must authorize the process?

First, the patient must have the acquiescence of his doctor. This, in turn, must request the opinion of a consultative physician, who must have “training in the field of pathologies suffered by the patient” but not belong “to the same team as the responsible physician.” Afterwards, the evaluation commission must appoint two experts to evaluate the subject (one of them, a lawyer). If you both agree, the process will go ahead. If not, the full committee must decide. Once it decides that the request is justified, it will notify the responsible doctor so that he or she can proceed to apply euthanasia or facilitate suicide. If at any stage the request is rejected, the interested party can claim before the commission and, if they do not agree with what it determines, before the “contentious jurisdiction–administrative ”. There will also be an a posteriori control by the same commission.

5. How long does the process take?

A process that follows all the steps will first have a period of 15 days between the two requests from the patient. Then, 24 hours until the responsible doctor consults with a specialist outside the case. They will have up to 10 days to reply. Then it may take up to three days until the guarantee commission is notified. The commission’s leadership may take another two days to appoint the experts who will evaluate the petition, and they will have another seven to decide and two more to communicate their resolution to the president of the commission. If this is positive, the president will transfer it to the responsible doctor, who will carry it out “with the utmost care and professionalism by healthcare professionals, with application of the corresponding protocols, which will also contain criteria as to the form and time of performance of the provision ”, according to the law, which does not set a term. That is, in total, a maximum of 40 days can pass from the first request until the doctor receives the approval. To which must be added a few unspecified days for the act of euthanasia itself.

6. Who and how is the evaluation commission formed?

The so-called Guarantee and Evaluation Commission is the biggest difference between Spanish law and those that already exist in Europe (Holland, Belgium and Luxembourg), which base the decision on the criteria of the patient’s doctor and two colleagues. There will be a commission per community and in each autonomous city, and the law only establishes that its composition “will have a multidisciplinary nature and must have a minimum number of seven members, including medical staff and lawyers.” It will be the autonomous governments that will determine “its legal character.” Each one will have “internal regulations, which will be drawn up by the aforementioned commission and authorized by the competent body of the Autonomous Administration”. “The Ministry of Health and the presidents of the Guarantee and Evaluation Commissions of the autonomous communities will meet annually, under the coordination of the ministry, to standardize criteria and exchange good practices in the development of the provision of euthanasia in the National Health System ”.

7. Where and who applies it?

“The provision of aid to die will be carried out in public, private or subsidized health centers, and at the home” of the patient. Its application is in charge of the doctor responsible for the process.

8. How is the regulation internationally?

Apart from Benelux, in the world Canada has a euthanasia law in force, and New Zealand has approved one that will take effect in 2021. Also in several states of the United States and Australia there are laws that allow assisted suicide. A resolution of the Constitutional Court of Colombia establishes that the practice is legal, but Parliament has not yet approved a law to regulate it. In Switzerland a legal vacuum allows assistance to suicide.

“Health professionals directly involved in the provision of aid to die may exercise their right to conscientious objection,” says Spanish law. This objection “must be manifested in advance and in writing.” It is the duty of the Health Administration to ensure that the resignation of health workers does not undermine “access and quality of care of the provision.”

10. What supports and rejections do you have?

In the Plenary of Congress, the project has obtained broad support, with 198 votes in favor, 138 against and two abstentions, beyond the majority that normally supports the Government, which has been joined by Citizens, Junts per Catalunya and the CUP. Only the right – PP, Vox and Unión del Pueblo Navarro – has opposed the law. The latest Metroscopia poll, from 2019, gives it a support of 87% of the population, with a favorable majority in all the cuts of the poll, including right-wing voters and practicing Catholics. Among health care workers, the latest surveys (medical schools in Bizkaia, Madrid, Tarragona and Las Palmas and nursing schools in La Rioja) give support above 65%. On the contrary, the Collegiate Medical Organization has spoken out against it, as has the Catholic Church and the Spanish Bioethics Committee. Patient associations do not have a defined position and leave it to the individual decision of each affected person. The UN Committee on the Rights of Persons with Disabilities also criticizes allowing euthanasia “in the event of severe disability”, although the current text does not mention disability, but rather speaks of the intolerable suffering that an incapacitating situation can cause.

The Minister of Health, Salvador Illa, values ​​the approval of the euthanasia law.PHOTO AND VIDEO: EFE