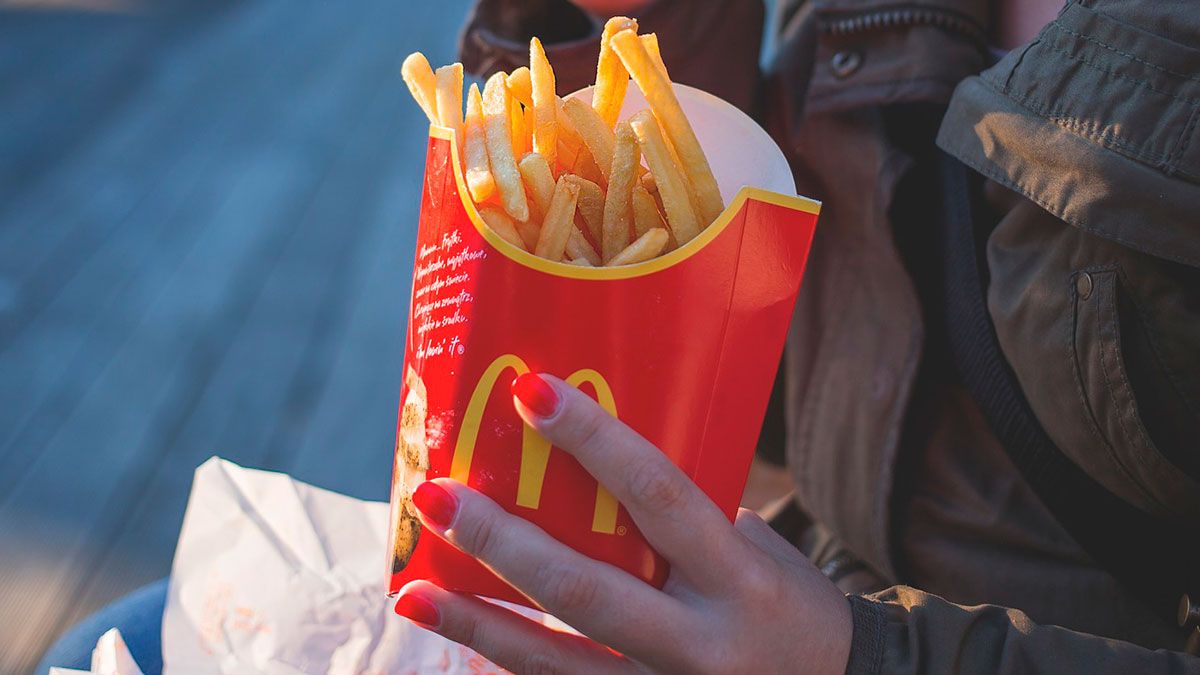 Is there a visit to McDonald’s without enjoying some legendary fries? Probably not. It is a fact that if we decide to indulge ourselves by consuming fast food, we will not be able to resist those wonderful and iconic potatoes that are crispy on the outside and soft on the inside. They are the perfect treat, a comforting source of starch with the ideal touch of salt They are so famous for something! Although it is true that they are not the healthiest option, the fries have managed to consolidate their irrevocable place as the official garnish of the emblematic McDonald’s hamburgers.

The truth is, we’ve all indulged in McDonald’s fries from time to time. If they are one of your favorite guilty whims, it’s time to update you with some curious facts about its ingredients and how they have changed over the years.

1. They are the most popular McDonald’s item

Nowadays the McDonald’s menu is constantly renewed and they offer new seasonal dishes, however none have succeeded in taking away their well-earned popularity from French fries. There is information released in HowStuffWorks, in which it is confirmed that the french fries are considered as the most popular menu itemThey even outperform all-time classics like the Big Mac burger.

2. You can always order fresh fries

One of the greatest pleasures of enjoying McDonald’s fries, without a doubt is eat them freshly prepared, warm and crisp There is nothing worse than cold potatoes! Based on this, quite interesting internal information came to light about it and that comes as a great secret: you can get fresh fries at McDonald’s by ordering them without salt. Of course, on many occasions it is inconvenient for the operation of a fast food chain with such demand, since it means that employees will have to prepare a new batch of potatoes. Without a doubt, it is a great alternative to enjoy freshly made french fries and monitor sodium intake in your diet.

3. They are not a suitable food for vegans

Quite the contrary of what you might think: McDonald’s fries are not vegan. Although of course, potatoes are vegetables, this type of fast food usually gives us quite a few surprises and it is very likely that those who do not consume products of animal origin want to avoid them The reason? The “Natural flavor of beef” It is among the ingredients used in potatoes. According to McDonald’s, the natural flavor of beef contains hydrolyzed wheat and hydrolyzed milk as starting ingredients. Therefore they are not a vegan friendly food option at all.

4. Chemicals are added to keep all the fries uniform in color.

Those perfectly uniform and certainly irresistible potatoes are not the product of a careful potato selection process and a strict brewing process. There is a very revealing video about McDonald’s Canada, in which Mario Dupuis, production manager for McDonald’s supplier McCain Fries, andHe explained that the fries are run through a bleach to remove the sugar from the potatoes. In such a way that it is a method that is applied to avoid some variation in the color of the potato sticks. Also, it is normal that they are usually treated with a “Dextrose solution” and other ingredients to prevent fries from turning gray. It certainly sounds pretty unhealthy.

At no time have we said that it is a healthy meal, however this data came to break any hope: McDonald’s fries are fried twice. The first step once they have been portioned into the classic sticks, is to fry them for about a minute and then freeze before sending them packaged to restaurants. They then undergo another trip to the deep fryer once they reach McDonald’s many locations and that takes place just before the product is sold.

6. McDonald’s changed the recipe for French fries in 1992

It’s uninspiring fact to know that our beloved fries contain natural beef flavoring, which is made from hydrolyzed wheat and milk – this is worse news. And it is that there is a fairly devastating fact revealed by Malcolm Gladwell in the Revisionist History podcast; Before 1992, McDonald’s made its French fries with beef tallow. An aspect that not only made them zero-friendly with the vegan diet, it considerably increased their content of saturated fat from beef tallow. Based on this, thanks to the pressure to make them lighter and healthier, in 1992 McDonald’s changed the original recipe for French fries and began to use vegetable oil to fry them.

It is wonderful to learn more about the evolution of the menus of the most legendary establishments of all time and without a doubt it is worth talking about the changes that McDonald’s has undergone. In 2016, The Daily Meal shared a photo of an original McDonald’s menu from the 1950s in which there were no Chicken McNuggets; They only offered fries, burgers, shakes, and a variety of sodas. So the iconic fries were always a staple on the menu. In fact, McDonald’s is said to have been originally founded as a barbecue restaurant in 1940 and according to History.com, French fries were also on the original barbecue menu. A true classic of classics!

8. They have more ingredients than you think

We previously mentioned that potatoes are usually blanched with some chemicals, which are usually added to improve their preservation and color. We have bad news, especially if you tend to think that French fries only contain the basic ingredients such as potatoes, oil and salt. Also include ingredients like dextrose and sodium acid pyrophosphate, which deteriorate health in various aspects.

9. The absurdity of the right portion size, according to Harvard

At no time have we said that potatoes are healthy, however eat only 6 fries as the Harvard recommended portion It is absurd! According to a New York Times report on French fries and headed by Eric Rimm, professor of epidemiology and nutrition at Harvard’s TH Chan School of Public Health. The suggestion to stay healthy is to eat fewer French fries and always with green leafy vegetables, to be more exact the advice is not to exceed six French fries. For more context: depending on the size of McDonald’s packaging, we will get between 50 and almost 90 friesdepending on whether you order the small or large size.

10. Different varieties of potatoes are used in the same batch

It would seem that McDonald’s potatoes are always uniform in terms of color and texture, which has led many to believe that only the most common and useful potato variant is used for these purposes: Russet potatoes, which are great baked potatoes and fries. However, there is information indicated on the McDonald’s website in which it is confirmed that they use four types of common potatoes: Russet Burbank, Russet Ranger, Umatilla Russet and Shepody. So each batch of potatoes contains an attractive mix of local variants.