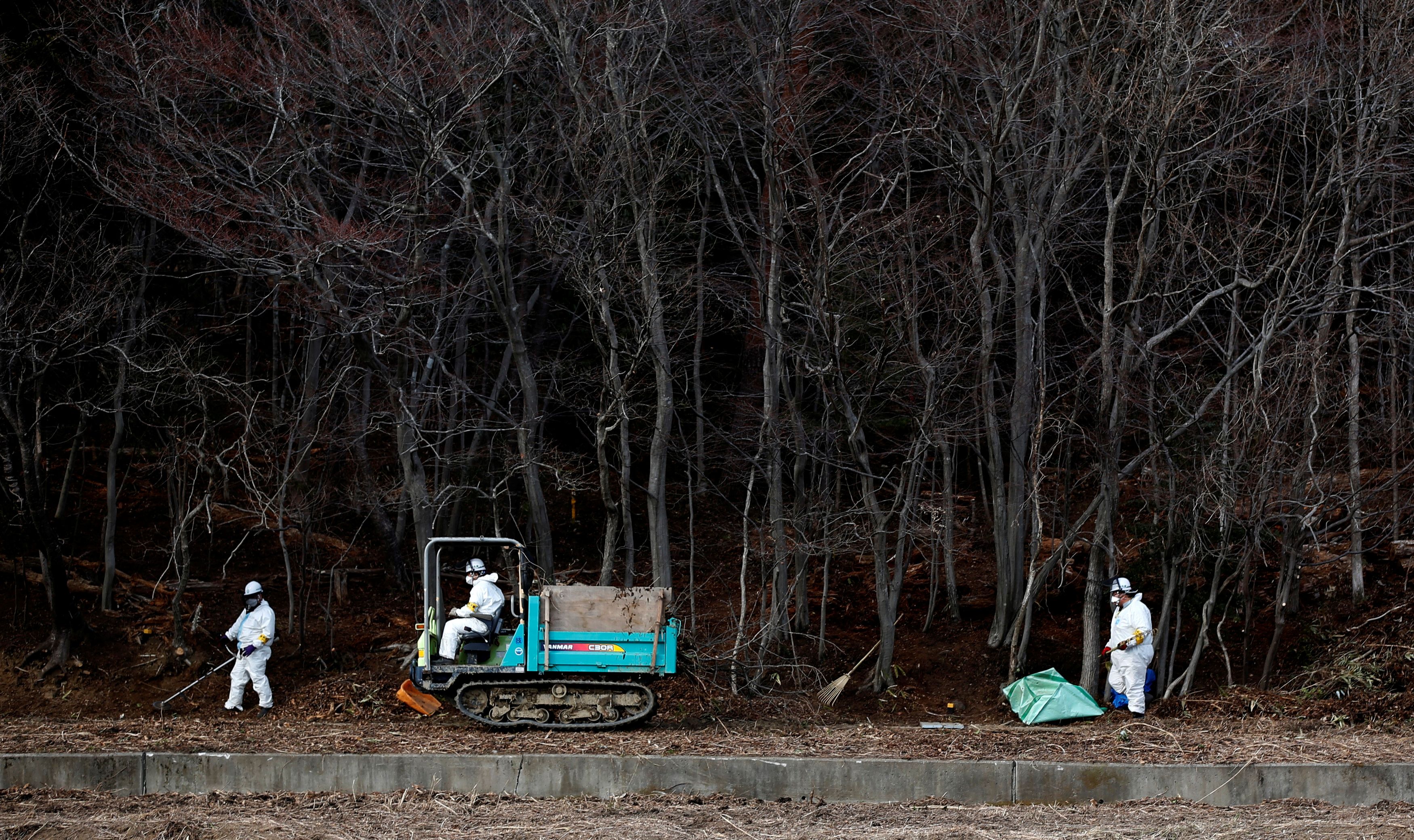 Japan was one of the best showcases for nuclear power in the world. It was a consolidated democracy and a technology giant with almost 30% of its electricity coming from its nuclear power plants when the accident at the Fukushima Daiichi plant occurred ten years ago. The great tsunami of that March 11, 2011 damaged part of the plant, the security systems failed and a major accident was triggered from which the area has not recovered. Most of Japan’s reactors have been shut down since then and just 7.5% of electricity now comes from nuclear plants. In the rest of the world, the huge wave hit the reputation of a technology that was already experiencing a setback before the Fukushima accident, the worst in a facility of this type since the one registered in 1986 in Chernobyl (Ukraine).

Global electricity production at nuclear plants fell sharply in the two years following the incident. And, although it began to rise in 2013, it has not yet reached pre-disaster levels, according to data from the International Atomic Energy Agency (IAEA). That in absolute terms. Because in relative terms the prominence of nuclear power has not recovered. Slightly more than 10% of the world’s electricity is generated today in nuclear reactors; in 2010, it was 12.8%.

The maximum quota was reached in 1996, with 17.5% of the world’s electricity coming from these plants; thereafter there was a sustained decline linked to the closure of the oldest reactors. “The nuclear industry was in crisis long before March 11, 2011,” says Mycle Schneider, an environmental activist and energy policy consultant who has been working for years. a follow-up of the evolution of the nuclear industry in the world. “Crisis is no longer an appropriate word. Nuclear power has become completely irrelevant in the electrical technology market. It will disappear, it is only a matter of time ”, predicts the expert.

The International Energy Agency (IEA) does not speak of the disappearance of this technology in the medium term – in fact, in some reports it has even urged countries to promote the installation of new reactors– but it does point to stagnation and relative weight loss. By 2040, IEA analysts predict that the energy generated by the reactors will be barely 3% more than in 2019 if all the planned reactors are built now. This slight increase and the powerful growth of clean ways of producing electricity – mainly wind and solar – will mean that nuclear power will continue to lose share, until it falls to 8% in 2040, according to this same agency.

“The Fukushima accident increased the perception of risk of this technology,” recalls Pedro Linares, industrial engineer and co-director of the analysis group Economics for Energy. “In certain cases, such as Germany or Switzerland, it accelerated the closure of reactors,” he adds. But, like Schneider, Linares believes that there was already a “background trend” that led to the loss of the presence of nuclear energy in the world.

“It happened to all of us, even those of us who work in this sector,” he recalls. Juan Carlos Lentijo, deputy director general and head of the IAEA’s Department of Nuclear Safety, in shock at the Fukushima accident. “At the beginning, we could not understand very well that this was happening and that it was also happening in Japan, a highly developed country with undoubted capacities to prevent this type of situation,” he recalls.

Lentijo was one of the international experts in charge of analyzing the causes of that accident and incorporating the lessons learned from that accident. And, a decade later, it is clear that the trigger for the Fukushima accident was not so much the tsunami, but “complacency.”

“In Japan they thought that the facilities, the security systems, were so robust that they could withstand practically anything. The accident showed that this is not the case ”, says the expert. “It was childish to think that it was so solid that it was not going to fail,” he emphasizes. Among the lessons that this senior IAEA official draws from the incident is the weight gained by the so-called “safety culture”, that is, the need to give “the highest priority to safety” through the implementation of ” active systems to identify problems ”.

Can a similar accident be repeated? “I hope not. I am confident that we have learned enough. But accidents can happen. Neither all the technologies nor all the processes that man invents are perfect. Zero risk does not exist in anything, “says Lentijo.

Thirty countries – including Spain, where around 20% of its electricity comes from its five active plants – currently have reactors operating. In 2019, the last year for which the IAEA has closed data, there were 433 – a plant can have several reactors. The United States, with 96, is the one with the largest number. But France is the country most dependent on this technology: more than 70% of its electricity comes from its 58 reactors.

In Germany, 9,000 kilometers from the Fukushima plant, the 2011 tsunami generated another very strong reaction: three months after the accident, the majority of Parliament approved the closure of all its nuclear plants by the end of 2022. At that time, 22% of electricity in Germany was of nuclear origin. In 2019 it had already fallen to 12% and Patrick Graichen, director of the analysis group Agora Energiewende, affirms that there will be no going back and that the closure will be consummated on the scheduled date. “There is no political climate that allows this decision to be reversed,” he says.

“The Fukushima accident raised the question of nuclear power safety and whether it is necessary to risk such catastrophic accidents for the power supply. German public opinion responded decisively that it is not, ”says the director of Agora Energiewende, an organization that tries to promote the energy transition in his country. Lentijo, for his part, believes that each society has to make a balance in its final acceptance: on what is risked and what is obtained. This expert points out that in some Asian countries the acceptance of nuclear energy “is at quite high levels.” It refers mainly to China, which is the other side of the coin right now.

“This is a story about China and the rest of the world,” says activist Schneider. “China is the only country that has a major new construction program,” he adds. According to their data, in 2020 the construction of five nuclear reactors in the world began, and four are located in the Asian giant. According to the IAEA, there are currently fifty reactors under construction in the world. But the analyzes managed by the organization to which Schneider belongs consider that in at least 33 of the fifty cases the works accumulate delays. In 15%, the start of construction dates back a decade or more.

Beyond the problems caused by the Fukushima accident, nuclear energy in the world faces a much bigger problem, according to the experts consulted for this report: the high cost of building the power plants and handling waste whose dangerousness persists. hundreds and hundreds of years and for which a satisfactory solution has not yet been found. Lentijo explains it like this: “Nuclear energy only makes sense and can only be produced in a country if there is support from the State. It is a state energy, because it requires that the income statement be important, but beyond that, safety is prioritized; it requires that there be a consensus not to negotiate security ”.

After the Fukushima accident, there was a takeoff of renewable energy in the world. And a tremendous drop in the costs of generating electricity through solar and wind technologies. “Competitively and economically it makes no sense to build power plants [nucleares]”Says Raquel Montón, Greenpeace anti-nuclear activist. “Projects only advance when there is support from the countries behind them,” he adds. Graichen indicates that “the new wind and solar energy are much cheaper than the new nuclear, even in combination with storage, and every year they are more so.”

It is difficult to find in the energy sector someone who thinks that the future will not be renewable. But lobby The nuclear sector has been fighting for years to claim itself as a sector free of greenhouse gas emissions, because it certainly does not generate carbon dioxide when producing electricity. When the Paris Agreement was in the making in 2015, the industry pushed for the inclusion of some mention of the role that atomic energy could play in decarbonization. And at the climate summits that are held annually, the sector also tries to show explicit support for this technology. Linares recalls that in the 2018 IPCC report – the panel of scientists who advise the UN – it was pointed out that nuclear power could contribute to achieving the ambitious goal of keeping the temperature rise below 1, 5 degrees.

But what they are looking for right now is the ideal dance partner of renewables, which cannot guarantee a stable supply of electricity by depending on whether it is sunny or windy. Other technologies are needed to complement these renewables and that can be managed. And that is not the main characteristic of nuclear power plants, which constantly generate electricity. “The limited regulatory capacity complicates their future,” says Linares about these plants.

“Investing in new nuclear plants does not make much economic sense right now in general terms,” ​​adds Linares. Another thing is the debate on what to do with the existing nuclear ones. Plants are typically built with a design life of about 40 years. But that does not mean that they cannot continue to operate further if the necessary improvement works are carried out, which are usually profitable because the large initial investment is already amortized.

That of enlargement or not is the great nuclear debate now. “There is ample experience in prolonging life beyond 40 years,” explains Lentijo about the safety implications of undertaking this process. Of the 433 operating reactors that the IAEA has recorded, 44% are between the ages of 31 and 40, that is, at the time when governments have to decide whether they are allowed to extend their life or not.

In Spain, the Fukushima accident did not have an immediate effect on its nuclear park. The PP, which ruled between 2011 and 2018, sought to extend the life of the power plants. But those who are finally authorizing these extensions are the PSOE and Podemos, who rejected that scenario when they were in opposition.

If the 40-year rule were fulfilled, Spain would run out of active nuclear power plants in 2028. But a couple of years ago the current fourth vice president, Teresa Ribera, agreed with the electricity companies – Iberdrola, Endesa and Naturgy, owners of the plants – a closing schedule. Ribera allowed the plants to exceed four decades, but at the same time achieved a commitment so that none exceed 50 and that the last one closes in 2035. If that calendar is fulfilled, at that time Spain, as it happens in many countries in which there are no plans to build new facilities will say goodbye to nuclear energy, a technology in decline in the world.

To know the most important news of Climate and Environment of EL PAÍS, sign up here to our newsletter weekly.