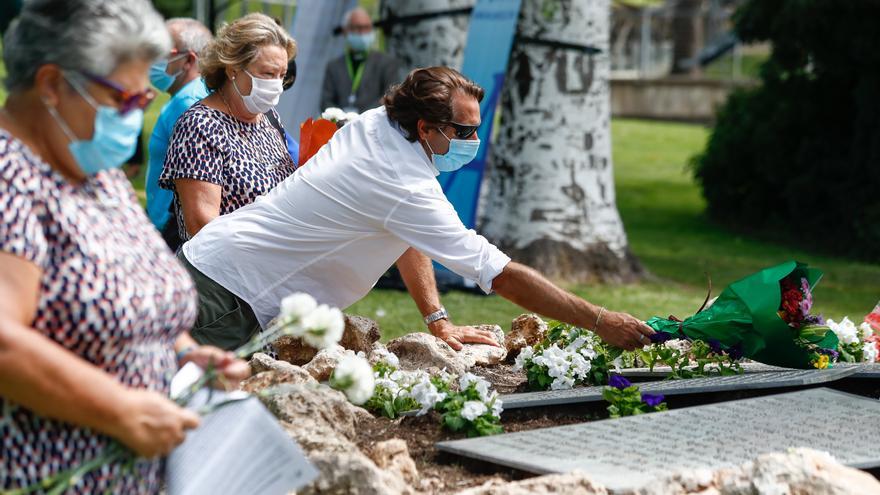 This Thursday, August 20, it will be 13 years since the flight JK5022 de Spanair crashed in Barajas on its takeoff to Gran Canaria at 2:24 p.m., an accident in which 154 people lost their lives and 18 were injured.

As every year, this August 20, the Association of People Affected by Flight JK5022 will celebrate events and floral offerings in Madrid and Gran Canaria in memory of the victims of the accident, one of the most serious air tragedies to occur in Spain. To date, the worst aviation accident in the country occurred in 1977, when two commercial planes collided in Los Rodeos (Tenerife North), which caused the death of 583 people.

The airline went bankrupt in 2012 and the court case was closed eight years ago, but the Association of Persons Affected by Flight JK5022 maintains its fight so that the failures in the civil aviation system are eliminated and that the rights of those affected by air accidents are recognized.

The Plenary of the Congress of Deputies approved last May the opinion of the Investigation Commission of the accident JK5022 of Spanair, which is responsible for the “systemic failure” which caused the accident to different government positions associated with the Ministry of Public Works in 2008.

According to the document, there was a “correlation of causative factors leading to the tragic accident.” Specifically, it points out that the Spanair company was already suffering from “serious economic difficulties”, Therefore, the maintenance technicians and the pilots acted “under pressure” by the commitment to punctuality, as well as by the ERE presented days before by the company. In addition, it states that the airline would have received “without inspection” the extension of the Airworthiness Certificate for the wrecked plane by the General Directorate of Civil Aviation (DGAC).

All this, added to the failure of the TOWS alarm, which did not warn of the incorrect configuration, a problem detected up to in 72 times in other aircraft and that Boeing “has not been able or has not wanted to prove the causes of these failures.”

Likewise, the opinion considers that Aena’s emergency plan at the Adolfo Suárez Madrid-Barajas airport did not work properly, activating late on the day of the accident. For this reason, he points out that in the Spanair accident “all the safety barriers” failed.

Among the recommendations, the opinion proposes the creation of a multimodal body for the investigation and prevention of accidents with multiple victims that works for all means of transport, as has been requested by both the association and the representatives of pilots, machinists and navigators.

After this accident, which marked a before and after in the field of air safety in Spain, the European Parliament approved in 2010 the obligation for airlines to provide the passenger list within a maximum of two hours in the event of an accident, at the request of Spain, and the obligatory nature of an assistance plan.

This claim was taken by the association to Europe, after the 30 hours of agonizing wait for knowing the Spanair passenger list. In Spain, it was approved in August 2013.

Besides of State Program of Operational Safety for Civil Aviation (PESO), Spain approved in May 2014 the Coordination Protocol for assistance to victims of air accidents and their families, a Royal Decree that recognizes the work of the association.

A European Network of Civil Aviation Safety Investigation Authorities was also created and up to 31 recommendations were issued as a result of the Ciaiac final report, which included a total of 33. Spain is already up to date with the Organization’s recommendations of International Civil Aviation (ICAO) after the Spanair crash of 2008.

Regarding safety, in the years since the accident, Aena has invested 117 million euros in safety in Barajas – new emergency braking system on runways, new surface radar, a fourth fire station, new communication protocol with tower and medical services and improvements in pavement and flattening of land– and 580 drills have been carried out between total and partial.

I remember the victims

The Association of Persons Affected by Spanair Flight JK5022 will commemorate this Friday the thirteenth anniversary of the event in two events in Madrid and Las Palmas de Gran Canaria. In Madrid, the events will begin at 11 a.m. with a press conference at the monument in the rose garden of Juan Carlos I Park, where AVJK5022 will take stock of the progress made this year, in addition to paying tribute to the victims.

Subsequently, at 12.00 a ceremony will be held in the Olivo with the bronze plaques of the Adolfo Suárez Madrid-Barajas airport and the place of the tragedy will be visited, where a more intimate act will take place that will end with a minute of silence.

In Las Palmas, the events will be at 11.00 at the Luces en el Vacío monument, at the Mirador de La Caleta, with reading of poems, offerings and a tribute to the victims.