133 years ago one of the most important video game companies in history was born with mythical titles behind it, although it should be noted that in its beginnings it was not dedicated to the development of consoles or games, but cards.

In the years since then, although Nintendo continued and continues to manufacture playing cards in Japan, the company has become best known for its line of technology-related products. Now valued at over $85 billionis easily one of the most recognized video game companies in the world (Nintendo Company Ltd).

And it is that, currently Nintendo is better known as the video game company that has given players Mario, The Legend of Zelda, PokemonKirby, but he was not born with the aim of making video games or consolesbut cards.

These cards consisted of drawings painted on cards made from the bark of the mulberry tree. Over time, Yamauchi managed to open two Nintendo stores where he would sell the game. In the 1900s it became the largest trading card business in Japan, which it still maintains today but on a very small scale.

The reason why Nintendo decided to produce playing cards as its main product has deep roots in the history of Japan, since during the 17th century, the country had isolated itself from the Western world and the importation and distribution of playing cards had caused a serious problem of game in the country.

Also Read  Metaverse, 7 applications that are already a reality

With all this, steps were taken to curb this addiction, banning all card imports in an attempt to combat gambling addiction among the population. With numerous innovations and their consequent prohibitions by the authorities, in the 19th century, a new card game called Hanafuda was developed, which tried its luck. 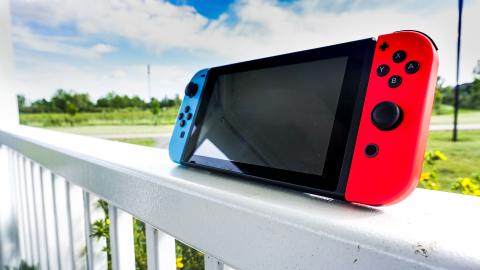 Must-Have Accessories Every Nintendo Switch User Should Have

As we have mentioned before, this game used images instead of numbers, which made it difficult to use for gaming purposes. Over time, the Japanese authorities relaxed their laws on card games and the buying and selling of Hanafuda cards was allowed.

This is where Nintendo comes in and its sales opportunity display of these cards. Soon he would decide to start a business and distribute his own high-quality card games.

Interestingly, in 2007, Nintendo released a special edition of Super Mario Brother-themed Hanafuda cards, a nod to Nintendo’s card games since their inception, and featured popular characters from the company’s games posing.

How was Nintendo created? the passage of the card game to consoles

With the card game as its flagship and a huge sales success in Japan, over the next 40 years, Nintendo would expand into non-card games and toy production.

Over time, the novelties would continue and he would try his luck in the then new market of electronic games. Ultimately, Nintendo formed a joint venture with Sony to start developing them.

The launch of the Magnavox Odyssey in the United States in the 1970s stirred the minds of company executives, kick-starting Nintendo’s foray into computer game development and, in the 1980s, bringing the NES to every corner of the world.

Also Read  Resolving the great debate of each summer: the dry heat of the interior or the humid heat of the coast is worse

Besides, in the early 1980s, Nintendo also tried coin-operated arcade games, such as Donkey Kong and Radar Scope. These games were hugely successful and propelled the company into the gaming industry.

Well, with everything ready to explode, In 1983, the Nintendo Entertainment System (NES), also known as the Family Computer System in Japan, was launched.. games like Mario and The Legend of Zelda would follow him in 1985 and 1986, producing in turn some other play and more consoles like the mythical Game Boy, which was launched in 1989, while the Nintendo 64 hit the market in 1996.

If we realize and take a tour of these 133 years of history, Numerous card and character games in existence today pay homage to these Nintendo origins. The Fire Flower or Piranha Plant from Super Mario Bros. pays homage to Hanafuda cards of the past. Other games, like Arcana, Yu-gi-Oh! and Pokemon, also pay tribute to it.