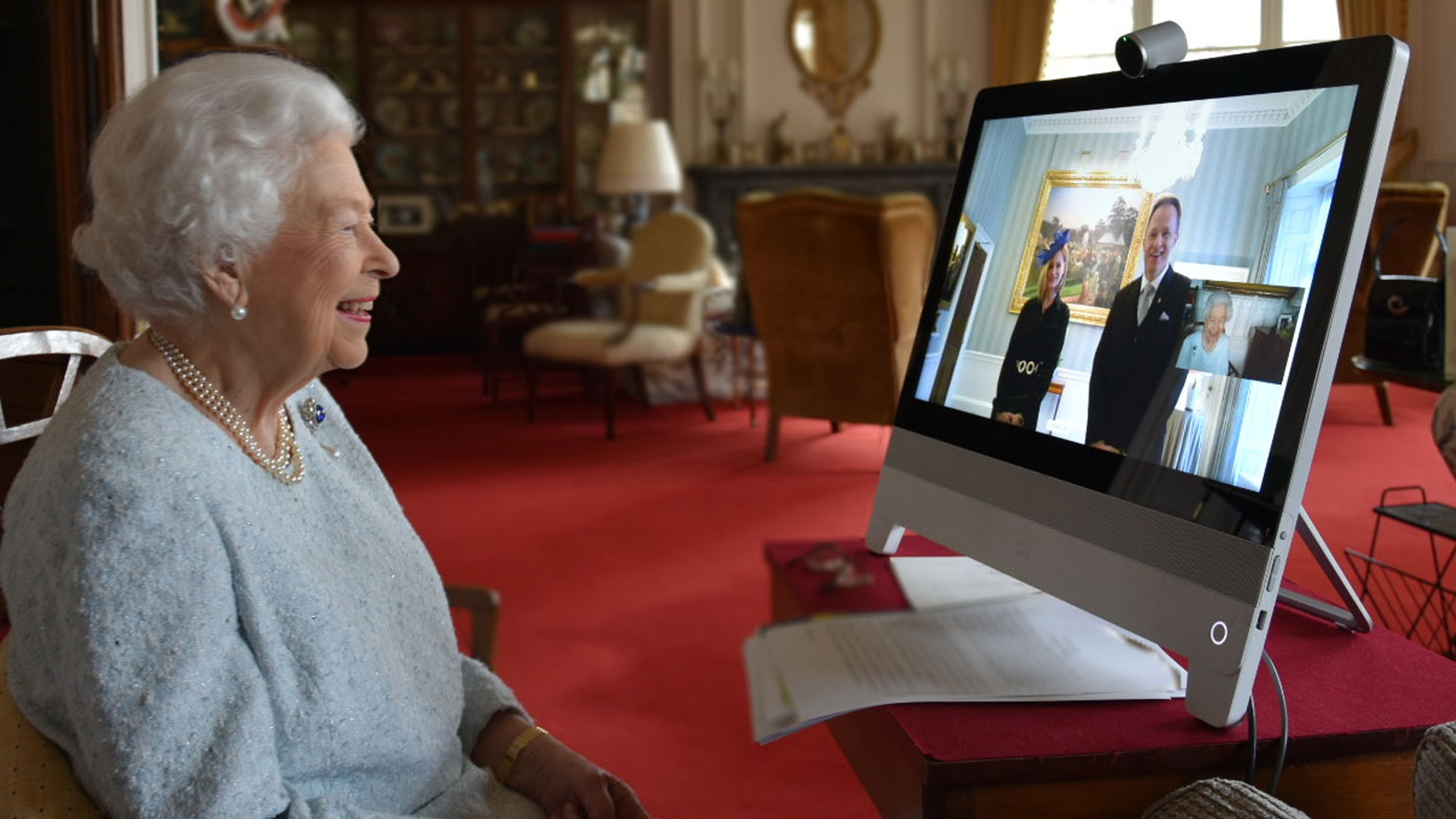 Walter Bagehot, the legendary editor of the weekly The Economist, He wouldn’t stop scratching his head if he had been resurrected this year. His is the division, generally accepted, by which the constitutional power of the United Kingdom is divided into two clear functions. Dignity and effectiveness. The Crown serves to “stimulate and preserve the veneration of the citizenry.” The worthy side. The Government must “use this tribute to govern public affairs.” The effective side.

On April 5, 2020, confined in Windsor Castle, Elizabeth II (94 years old) encouraged a new generation of British people to rise to the occasion and face the pandemic. “We will meet again” (We will see us again). The wink of the Monarch, by rescuing the verse with which the singer Vera Lynn raised the spirits of her compatriots during World War II, was much more effective and more dignified than the message issued by Downing Street. The Johnson administration still insisted at that time on the importance of singing “Happy Birthday” twice in a row when washing your hands, to defeat the virus. Hours after the speech, Johnson was admitted to the ICU, suffering from covid-19.

It was the highlight of a strange and remote year for the Queen and the rest of the Windsor household. Strange and remote, because a family whose main achievements derive from supporting noble and philanthropic causes with their presence has had to observe the mobilization of the country from a distance and isolation. “Visibility is key for the monarchy. And that’s why we’ve been able to see various members of the Windsor family carefully experimenting with social digital media. For example, online meetings with health personnel and nursing homes, to recognize the important task they have carried out during the pandemic ”, historian Ed Owens from the University of London explains to EL PAÍS.

The year began for the Queen with the aftershocks of two earthquakes that had turned 2021 into the second dose horribilis for the monarchy, after that 1992 and the death of Lady Di. The disastrous BBC interview of Elizabeth II’s favorite son, Prince Andrew, sowed, rather than dispelled, doubts about the Duke of York’s murky relationship with the billionaire American pedophile, Jeffrey Epstein. The continuing judicial trickle of the case, with the arrest of Ghislaine Maxwell (the daughter of media mogul Robert Maxwell, who was the link between Andres and Epstein) and pressure from the US prosecutor’s office for the royal to collaborate in The investigation convinced the queen that there was no going back in her decision to permanently remove Andrés from the public scene. At least he’s kept him close in private, because he too resides in Windsor.

And the hasty flight of the Duke and Duchess of Sussex, Prince Harry and his wife Meghan Markel, first to Canada and then to Los Angeles (California), forced Elizabeth II to falsely close a crisis that divided monarchists and Republicans and put in called into question the role of the institution in an increasingly black and white world. Enrique and Meghan, freed from their official commitments, feel increasingly free to adhere to popular causes – be they political or social – in which Buckingham Palace continues to tread with lead.

The representation of the Monarchy has rested this year on Prince Charles of England and second in the line of succession, his son Prince William (today seen as part of a ticket inseparable, with his wife Kate Middleton). Paradoxically, the decision of Guillermo (38 years old) not to make public that he had suffered from covid-19 (so as not to create unnecessary alarm, it was justified) was more aired in the British media than the announcement of his father, the heir (72 years old). ), that it had happened with mild symptoms. Because, for Carlos (and the entire royal family), digital communication has brought this year the resurrection of those horrible years. The fourth season of the series The Crown, of Netlix, has brought back to the memory of the British the stormy marriage with Diana Spencer. Polls, quiet for a time, have again shown that a majority of citizens would prefer there to be a jump in the line of succession and William to take the throne when Elizabeth II is gone. The Johnson government has been clumsy in requiring the production company to warn users before each episode that it is a fiction. “The Peter Morgan Series [creador y guionista de The Crown] it initially offered a sympathetic portrait of royalty, which won a huge global audience. But now, in recent seasons, he has put forward a more critical interpretation of La Empresa (The Firm, as the royal family is known) and has raised questions about the public image, power and privilege of the Windsor dynasty, ”explains Owens.

William and Kate’s train journey through Scotland and Wales in early December, inflated by Downing Street and the conservative media, was met with lukewarm reception by the autonomous governments and the general population. Only Elizabeth II could try to recover her own magic, but it is not the same to travel from Windsor in a virtual way.