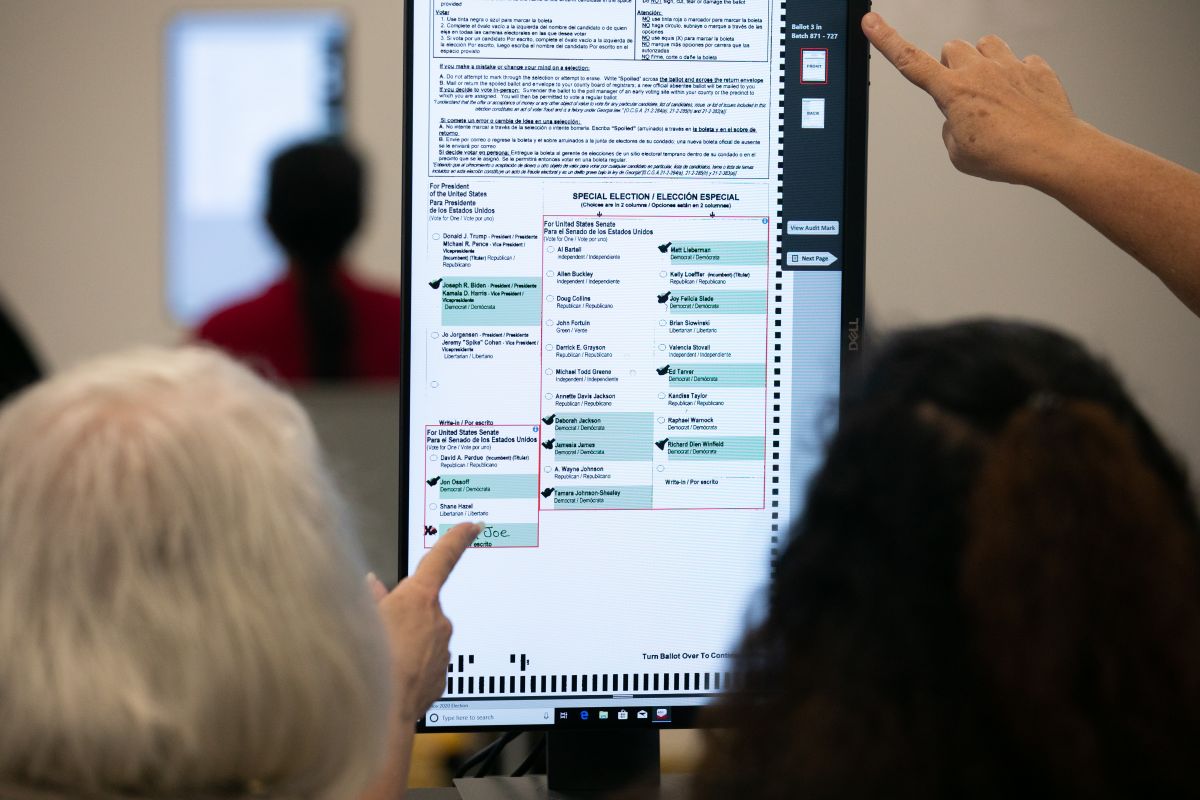 The state of Georgia announced Wednesday that it will do a hand count of all the votes cast in the presidential elections of November 3, due to the narrow advantage that President-elect Joe Biden now has over President Donald Trump.

At a press conference, the Secretary of State of that southern state, Brad Raffensperger, revealed that decision and said that he hopes that the process will be over by next November 20, the deadline to certify the results of the elections in the territory.

“With such a narrow margin, a full count, by hand, will be required in every county. That will help build confidence ”in the result, Raffensperger said.

The Georgian authorities already predicted last week that the results of the elections in the state were so tight that a recount would end up, almost certainly requested by the campaign of whoever lost the elections.

But nevertheless, Raffensperger confirmed Wednesday that there could be two counts, and that the first of these will start right away and will involve hand-counting all the votes cast in Georgia.

If that process confirms that the winning candidate’s margin of victory is less than 0.5%, the losing candidate’s campaign will be entitled, under state law, to request a new vote count, which would involve rescanning the ballots, he explained.

Counting by hand will affect the nearly 5 million votes that were cast in Georgia in the presidential election, and will involve reviewing each ballot and putting them back into stacks to verify the accuracy of the current count.

This process will be combined with an audit of the results that was already planned, and that instead of affecting only a sample of the votes, it will now be applied to all the ballots cast.

This is how Raffensperger responded to the pressures of the Trump campaign, who had asked to count the ballots by hand and who has unprovenly denounced fraud in that and other key states in the elections, including an unsubstantiated allegation that some Georgia citizens posed as dead people to vote.

“We have not found any widespread fraud. (But) we will investigate every case that voters bring us, “said Raffensperger, who is a Republican.

Even if Georgia were to finally stop Trump, Biden would still have at least 290 delegates in the Electoral College, 20 more than those needed to achieve the Presidency, compared to the 217 accumulated by the current president.

The state of Georgia will also be crucial in defining the balance of power in the US Senate, where Republicans currently control 50 out of 100 seats, compared to 48 for Democrats.

Everything indicates that Trump’s party will maintain its control of the Upper House, but it will not be confirmed until January 5, when there will be a second round in Georgia to define the two seats that remain at stake, after no candidate has reached the fifty %.