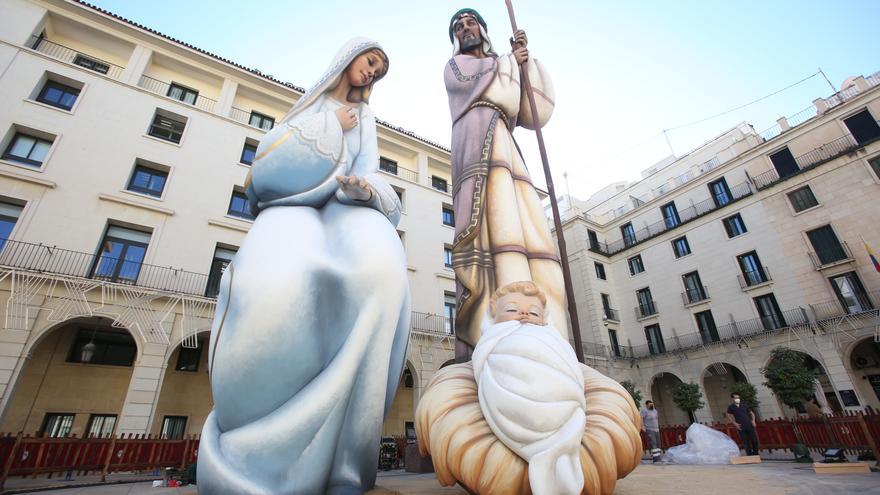 2020 has been a year that has put the difficult balance between contact and distance to the test and has exposed class contrasts. The pandemic has awakened daily different samples and initiatives of solidarity, affection and empathy, along with others that were not so much, some – too many – even reckless and irresponsible. Every day restrictions and calls for prudence alternate with excesses; Respect for the rules alternates with disobedience, the result of selfishness of “I do what I want.” These months we have also witnessed the arrival of the so-called “deniers”, those people who deny the virus, the disease and the rules. Thus, they have lived together, and continue to do so, the greatest gestures alongside the most miserable. These excesses have had their contagious effect and our cities have not been exempt from this.

In Alicante, the City Council has wanted to exhibit the largest nativity scene in the world! Certified by the Guinness house in order to act as a tourist attraction pole and contribute to making the city known nationally and internationally, they say from the competent council. Jose Ramón Navarro wrote about him in these same pages, in an article that I recommend: “This Bethlehem is a show of power in line with the consumerist excess that has invaded these Christmas holidays, far from the humility that the background of Christmas transmits” . The reflection seems correct to me and I add that the tourist attraction that the initiative houses is not the most recommended in times of pandemic. The attraction has had a lot of media coverage generating conflicting opinions and even a famous comedian has been inspired by such a huge size for his nightly sketch. But not satisfied with the initiative, the government team formed by the three parties -PP, C’s and VOX- has decided to embark on the road to fame, whatever the cost and whoever it may cost. A few days ago the news broke on a television channel that “Alicante plans to fine people for sleeping in the street, washing up or asking for money.” The penalties could be between seven hundred and fifteen hundred euros. We learned that the city only has one hostel with a capacity of sixty places, but it boasts the largest Nativity Scene in the world. The city has four hundred people who sleep in the street and some sources affirm that they feel some pressure in a few days that should be, according to the Catholic tradition, of recollection and Christmas spirit. It is so serious that it seems like a joke. The news has jumped from the television to the networks and there are already those who have compared it with the “Laws of the poor” of the last century, but with a sanctioning intention. They say they make this decision because it is what their voters demand. I find it hard to believe that these decisions satisfy anyone’s wishes, especially at Christmas. When you govern, do you only owe yourself to your voters or should the priority be the common good? Fining those who have nothing does not seem the most coherent solution and I wonder how many of those people have been left on the streets due to the economic crisis that the virus has generated. Perhaps it would have been a more positive measure with great media coverage to invest, for example, the same amount that the Bethlehem has cost to increase the places in the hostel and offer a roof and a shower to these people. Jose Ramón Navarro concluded his article by saying: “The urban and natural landscape of the city prints character and becomes an emblem of identity”. Unfortunately, the urban landscape of Alicante and its public space have been infected with this other hyperbolic virus, at the hands of rulers somewhat disoriented and lacking in humanity because to exercise the politics in which I believe, you have to have a certain “human paste ”Which, I’m afraid, is not standard. Hopefully next year we are relieved of this terrible pandemic that leaves so much suffering and our leaders change fame for work.