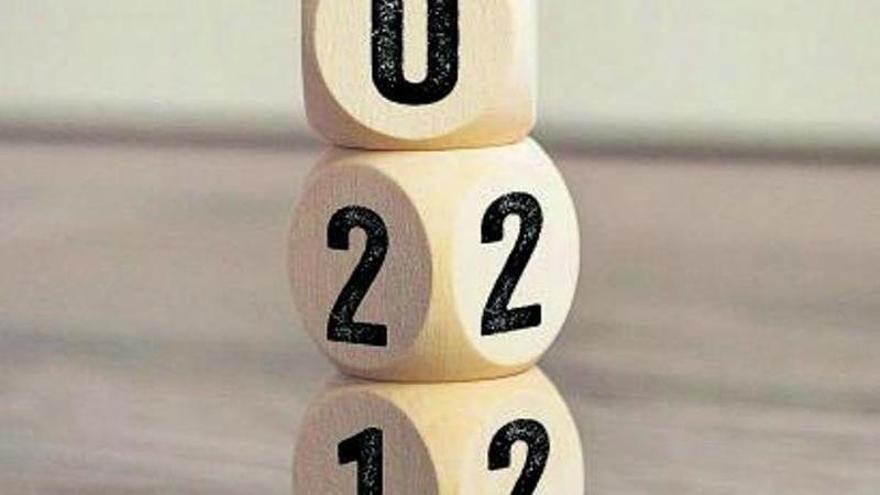 There are so many things that are happening at the same time and so many that are expected for the newly released year, that it is very difficult to say anything for sure except that it is not a leap year, nor is it a capicúa. Selecting from a world as fluid and uncertain as the one we live in, where black swans are part of the landscape, some issues to pay special attention to is a risk that only those of us who dedicate ourselves to it dare to assume. With such caution, with the information that we have at this time and with all prudence, I believe that this year we will have to follow, in a special way, the following phenomena that, in many cases, overlap:

A pandemic that has been reborn so many times, as we have given it up for dead. Some data should be remembered to anticipate what we can expect: entering its third year, there are already five and a half million deaths from covid in the world. At least, these are the official figures, although many experts assume they could easily be double. A not inconsiderable figure, but to be compared with the fifty million deaths attributed, at the very least, to the influenza pandemic between 1918-1920. One of the essential differences has undoubtedly been the vaccine. In fact, today there are more than 4,500 million people in the world with at least one dose, 60% of the world population, although with great inequalities by continents since Africa has only vaccinated 15% of its population.

This disparity in the vaccination rate means that the emergence and spread of new variants of the virus cannot be ruled out. Therefore, it would be premature to ensure that 2022 will be the year in which the end of the pandemic state is declared, which means that we are prepared for recurring restrictions that will negatively impact growth.

This will not, therefore, be a “normal” year and the health alert will continue to condition economic activity, with the greatest impact on the countries most dependent on the service sector and tourism. And that will exacerbate the contradictions with the economic data that we are seeing: for example, with a GDP still lower than that of 2019, among other things due to the collapse of tourism to a third of what it represented, we are already busier than before the pandemic , although we maintain a high unemployment rate.

Price developments will continue to be at the center of attention. For now, we continue to say that it is a temporary rise (how long?) In certain prices, motivated much more by supply bottlenecks as a consequence of the rapid demand boom induced by strong budgetary injections into an economy sick with covid, and that They are calculated at the equivalent of 10% of world GDP, due to the strong injection of liquidity that the Central Banks have been applying, at least until this year, when the gradual de-escalation will begin. However, this rise in some prices has already caused the loss of purchasing power of millions of workers whose salary has grown, in Spain, by an average of 1.6% compared to 5.5% of the CPI. It is difficult, in these circumstances, to avoid a movement to link wages with prices and, then, we will indeed be assured of the return of inflation, in a context of languid growth, and high public and private indebtedness.

In 2022, the agreed reform of the 2012 labor reform came into force. Waiting for Congress to validate it – I do not understand the position of the PP, when it would have been easier and more detrimental for the Government to support it, with the argument that it was not has repealed the reform of Rajoy thanks to the CEOE- no major transformations are expected to affect the essential core of our companies. In reality, the highlights of the latest reform are aimed at trying to put a stop, once again, to the abuses and fraud detected in temporality and subcontracting, with some gaps and fear that it will end up in statistical makeup in the administration and with discontinuous fixed . Placing the salary negotiation in the sector agreement, keeping what is important in the company agreement, as well as recovering ultra-activity, is nothing that worries serious companies that usually pay above the agreement. Being an important improvement compared to the measures adopted a decade ago in full European rescue, especially because it rebalances the balance towards workers, it seems exaggerated to describe it as historical. Only the adaptation of the ERTE mechanism is very noteworthy, in another of internal flexibility, but permanent: RED, which can be used, in the face of downward fluctuations in activity, as an alternative to dismissal, whose cost, by the way, has not been touched .

Inevitably, this year we will have to pay special attention to the application of European Next Generation funds where, at the present time, the Government is playing more in political terms than the country due to its economic impact, although this is not negligible. . I remember that the Government decided to benefit, only, to the donation part of the funds, thereby losing impact capacity, which in numerical terms represents 10% of gross capital formation and, above all, that the bureaucratic way of managing them It is losing a good part of the transformative and disruptive character that many of us thought we saw in the first evaluations, especially in the PERTEs. In addition, knowing the intensities represented by the aid in most of the projects called, we will see a part of the euphoria that its approval unleashed in June 2020 deflate. In the end, it is likely that the greatest impact on our country will be produced by the reforms that , in parallel and on a mandatory basis, the Government has agreed with the European Commission, with the labor reform as a paradigm.

Globally, we will see an upward inflection in the new realignment of international powers around the China-US struggle with the space race and the economy of algorithms and artificial intelligence as the tip of the iceberg. And this will drive the readjustment in globalization that we are already seeing after the pandemic, with a growing tension between democracies and dictatorships with Taiwan and Ukraine as the center.

Finally, we must pay attention to the unfolding of the fourth digital revolution and the offensive rise of income and wealth inequality on a global and national scale. As long as the richest in the world increase their wealth by 30%, as happened last year, while immigration due to hunger, violence or climate change continues to grow, populism and citizen unrest will continue to threaten the quality of our democracies. As you can see, we have themes for the remainder of the year. More surprises, of course. So stay tuned and welcome to the future made present.

Also Read  If the Australian Inland Railway is a game changer, why are we letting it down? | cameron simpkin