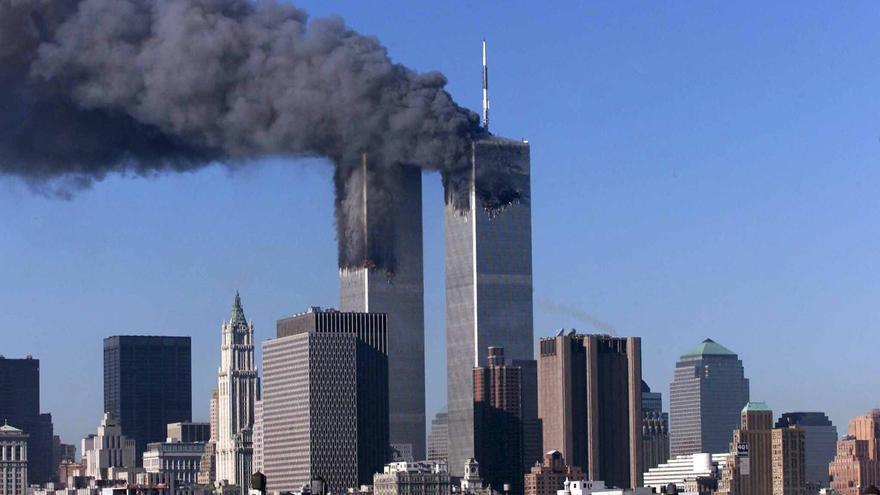 In September 2001 the United States lived in full euphoria: the USSR had disappeared and with it bipolarity, the Cold War, the division of the world into spheres of influence, the Iron Curtain, the nuclear threat with its corollary of Mutual Destruction. Insured. At the same time Communism was also disappearing, the other great ideology that together with Fascism had dominated the first half of the century and then had survived the debacles of Hitler and Mussolini until their resounding failure in 1991. As a consequence, the United States was originally In the XXI century the only superpower, democratic Liberalism was the winner of the great ideological struggle of the XX century and Fukuyama said that so arrogant that we had reached the “End of History” although the Romans had thought the same after Hannibal’s defeat and the destruction of Carthage. And then they were awakened by the thunderous noise of terrorist attacks in the heart of the empire against the symbols of its military (Pentagon) and economic (World Trade Center) power. And in this brutal way, humiliated, the Americans reacted by narrowing ranks (“United we stand”, what a difference with Spain after 11-M!) And shooting at everything that moved, first in Afghanistan and then in Iraq.

The war in Afghanistan, the longest in American history, began just three months after the 9/11 attacks because the Taliban – never reaching an operational collaboration – provided refuge for Al Qaeda terrorists, inspirers and executors. of those attacks that made us all feel solidarity with the United States. It was a military intervention with the blessing of the UN and the participation of NATO after invoking for the first and only time in its history Article 5 of immediate assistance to the attacked partner. It is the one that Biden has now finished with laudable intention and disastrous execution that deals a severe blow to the image and values ​​of Westerners to the extent that it confirms the Chinese and Russians in their conviction of our irreversible decline. On the other hand, the Iraq war did not have a clear motivation because chemical and bacteriological weapons were never found, the United Nations did not bless it initially and also deeply divided Western society. It was a war that had at least two other bad consequences: it benefited Iran by eliminating Iraq, its great regional rival, and fueled the birth of the Islamic State that one day came to occupy a large part of Syria and Iraq and that if there has been Militarily defeated it extends today as a franchise from the Philippines to the Sahel and Nigeria. The same Islamic State that has attacked the Kabul airport during the chaotic evacuation, as if wanting to symbolize the uselessness of the effort deployed for twenty years that began with one terrorist attack and ended with another.

So these twenty years have they been for nothing? I wouldn’t say that because the world has changed a lot in this time. To begin with, we are safer because since 2001 an international cooperation against terrorism has been developed like never before (internal coordination has also improved a lot) and Islamist attacks have decreased globally since 2014. Now we know what Islamist terrorism is like, how it operates, how it is financed and how it recruits. Al-Zawahiri’s Al Qaeda is not even a shadow of what it was with Bin Laden, and the Islamic State (IS), also very affected, prioritizes the attacks in its immediate environment although it will not reject any opportunity to act in Europe or in the States United, where in recent years there has been more terrorism by white supremacists and other far-right groups than by radical Islamists. The Taliban have probably learned a lesson from the price they have paid for sheltering al Qaeda and that they are sworn enemies of the Islamic State, to the point that some future collaboration against the common enemy is not unthinkable.

The world today is not unipolar as it was in 2001, but neither is it multilateral, based on clear and equal rules for all and strong international institutions to settle disputes, as some of us would like. Today we are going towards an imperfect and asymmetric bilateralism between China and the United States that for some things (economy) will have to count on Europe and on others (weapons) with Russia. A world where Europe and the United States (and Latin America) are called to come closer because we defend the same values, which are no longer the majority in a world that tilts towards the Strait of Malacca as the economic epicenter, and where the Middle East loses importance in the eyes from Washington because it no longer depends on its oil and because Israel defends itself only thanks to Trump’s Abraham Accords and the huge package of military aid over ten years that Obama gave it. The irony is that those who want to fill the void left by the Americans with claims of hegemony are the heirs of the old empires that already dominated it for centuries: Iran (Persian Empire), Turkey (Ottoman Empire) and Russia (Tsarist Empire).

It is a world battered by economic crises, pandemics and global warming, the challenges (cyberterrorism, disinformation, growing inequalities, mutant viruses, climate change) are different from those we faced in 2001, and the struggle occurs in domains such as artificial intelligence, 5G networks, nanotechnology, space, the Arctic or cyber-medicine. As Valery Gerasimov, Chief of the Russian General Staff, has said, the wars of the future will have three parts of cybernetic component for every part of conventional confrontation. If Émile Zola was concerned about the effect on the human brain of the railroads of 1840 traveling at 40 km / hour, we are puzzled by the simultaneous confluence of our lives of technological, demographic and information revolutions with a result of uncertainty and anxiety that add fuel to the fire of populism and nationalism that plagues us. All this configures a geopolitical transition stage that marks the end of Western rule as the planet’s economic center of gravity shifts from the Atlantic to the Indo-Pacific. Many shocks still await us until this new order takes hold.

Finally, I want to think that we have all learned our lesson and if the terrorist attacks of 9/11 were to take place today, the answer, which undoubtedly would, would be made with geolocation techniques, drones and command operations against the authors and cover-ups, avoiding putting “Boots on the ground”, and all fickleness of building a modern democratic state would be abandoned in a medieval society simply not prepared to understand it.