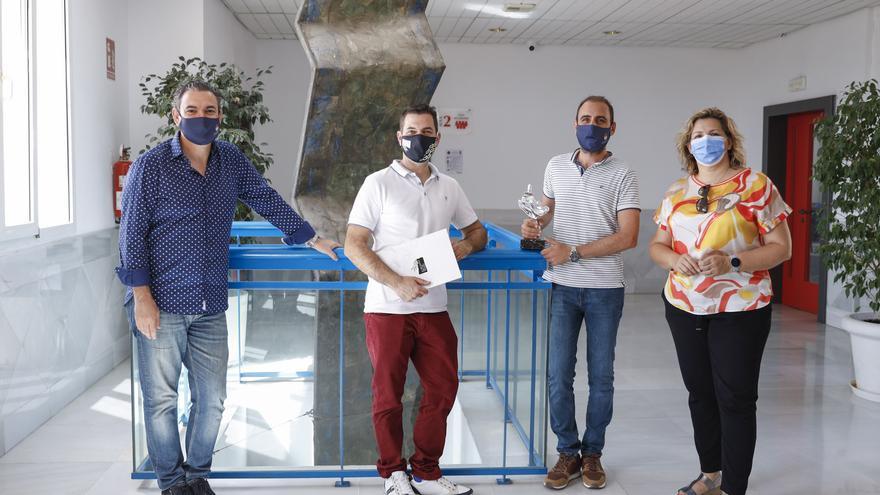 The 33rd edition of the Alfàs del Pi Film Festival has already selected the finalist shorts that aspire to win the Silver Lighthouse. Total, there will be 21 tapes of the 927 presented those that will compete in the Official Section of the contest that takes place from July 3 to 11. Among them, stories that surprise by the way they are told and on a wide variety of topics, from drama or comedy to thriller, horror or fantasy genre.

Of the selected shorts, a third have been carried out by women. This was highlighted this Tuesday by the Mayor of l’Alfàs, Vicente Arques, during the presentation of the list of shorts selected for the competition, together with the Councilor for the Presidency, Mayte García; the mayor of Culture, Manuel Casado, and Jorge Orozco, member of the Festival organization.

All these works compete for the Silver Lighthouse, the award given by the Alfàs del Pi Film Festival. This is one of the national short film competitions that earns the highest amount in prizes for its competitive section, with a total of 7,500 euros. The Festival grants a first prize, endowed with 4,000 euros and Silver Lighthouse, a second prize, of 2,000 euros, and a third prize, of 1,000 euros. Awards are also given to the best actor, actress, screenplay, direction and photography. Likewise, the Alfàs Film Festival awards an award to the best short film directed by women, in collaboration with the associations Footprints of Woman and CIMA (Association of Women Filmmakers and Audiovisual Media). The award, endowed with 500 euros and an award designed by Amparo Boluda, is chosen from the films that compete in the official section.

“This award aims to give visibility to the work of creative women in the world of cinema and this year it will be judged among the seven shorts made by women filmmakers who compete in the official section ”, explained Vicente Arques. The short films ‘Emilia’, ‘Chica’, ‘Difer3nte’, ‘Fronteras’, ’26’, ‘Impossible to say goodbye’ and ‘Emma and the world’ will be eligible for this award. As in previous editions, the winning short will be able to attend the Goya Awards in the category of Best National Fiction Short Film, since the Academy of Motion Picture Arts and Sciences of Spain has chosen the Alfàs del Pi Film Festival to pre-select the candidates.

The 33rd l’Alfàs del Pi Film Festival will be held from July 3 to 11. A contest whose main mission is to promote cinema made in Spain and, especially, Spanish short films. During its more than thirty editions, the Alfàs del Pi Film Festival has managed to bring together renowned actors and actresses, directors, producers, technicians and scriptwriters from the national film scene in the municipality. For this reason, the mayor of l’Alfàs considers it to be the most important tourist promotion event for the municipality.