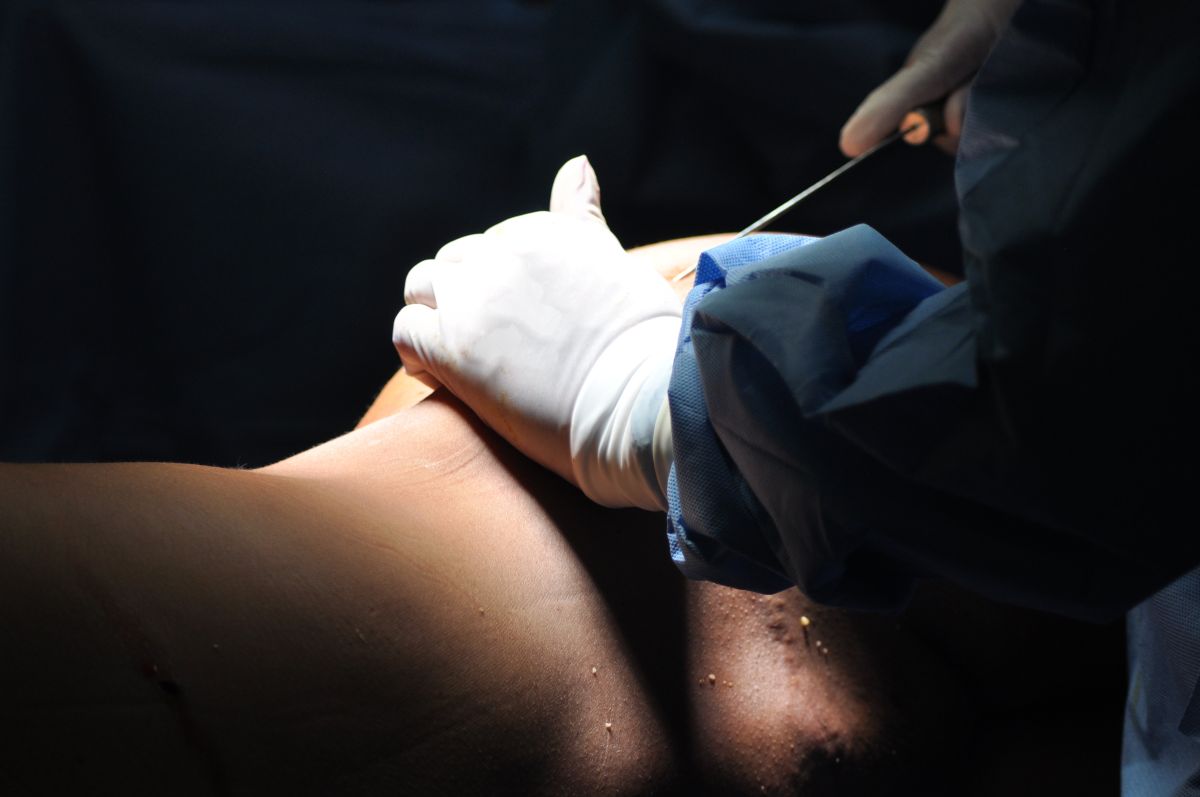 Many women are obsessed with being part of the stereotypes or canons of beauty that currently rule our society, which makes them resort to multiple cosmetic surgeries and procedures, regardless of their cost, which could even put their lives at risk.

Today it is very common that many girls have cosmetic surgery and sadly, some they fall into the hands of pseudo-doctors who, with little money, promise to do wonders with them.

That was the case with a 22-year-old girl named Cinthia Lizeth Vega, which she lost her life while undergoing liposuction at a supposed beauty clinic located in the city of Monterrey, Nuevo León.

According to some local media reports, Cinthia had gone to a clinic called MVA Business Center to perform liposuction on the arms and abdomen, as well as cosmetic surgery on the buttocks.

At the clinic, the girl was convinced to become an “Acualipo”, which in theory is a novel liposuction technique that relies on water pressure to eliminate localized fat deposits in different parts of the body.

Last Tuesday, October 6, Vega entered the clinic at 5:00 p.m. and hours later, they began the procedure where a series of complications arose that led to his death.

After Cinthia began to feel bad, she would have been transferred in a private car to a clinic where hours later she was declared dead.

At the moment, the property remains in the custody of the Monterrey Police to carry out a possible search and inspection inside the place. A friend of the occisa indicated that the doctor who performed the procedure that led to her death was identified as Nancy, who she and her colleagues wanted to flee; however they were arrested prematurely.

Also, the property remains under the custody of the police pending a judge authorizing a search warrant.

After making the case known, on social networks several users have indicated having been victims of malpractice by this clinic, where They had promotions of up to 2 surgeries for only $ 220 dollars.

Brazilian model with more than 274,000 followers on Instagram dies after liposuction

After a liposuction that almost led to her death, Gelena Solano’s sister woke up from a coma