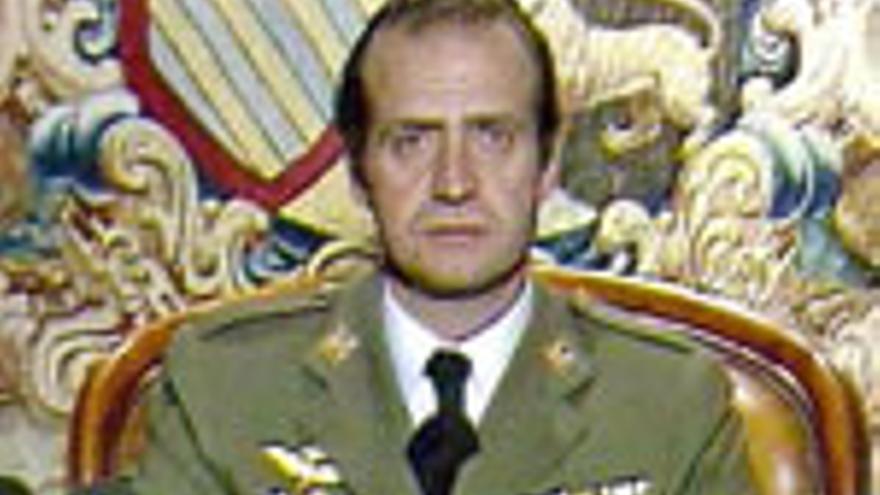 Forty years is the unit of account of the history of Spain, the figure measures the duration of the mandates of Franco or Juan Carlos I. The 23F has survived that temporary wall, which defines the entry of an event into perenniality. The proliferation of nonsensical theses on behaviors and attitudes is criticized during a coup period that barely lasts twelve hours. However, the speculations of the protagonists of that zarzuela surpass the cabal that have piled up afterwards. On both sides.

Forty years away, the coup was not an exercise in courage, no one was willing to lose their lives, much less power if it were possible. It can be agreed that “it is correct to judge that value constitutes the first of human qualities, since it is the virtue that guarantees all the others.” It is not only a timely appointment because it came from Churchill, who was strutting on horseback across the battlefield, but because he included it in his profile of Alfonso XIII as if he had foreseen that his grandson would enjoy that decisive moment a 23F. With the precedent that the grandfather flirted with the coup, hence he presented General Primo de Rivera with a pet reference, “this is my Mussolini.”

Heroic qualification is often sprinkled to portray the democratic protagonists of 23F. Above all, because his option ended up being imposed. Now, those who fell to the ground after the irruption of the bullfighter Tejero staged a surrender. They speculated and capitulated beforehand, bartered uncertain salvation for literal humiliation. The most learned among them admired Hannah Arendt, lavish in fierce words towards Jews who always meekly submitted to the designs of the genocidal Nazis.

Courage is incompatible with genuflecting. The elementary conclusion that all of us present would have reacted with the same obedience falls, because the deputies had a singular responsibility. Gandhi did not drop to the ground, but occupied it. Aznar emerged from the attack on foot, with a chilling courage that catapulted him to La Moncloa. Now, kneeling before disguised louts may be a survival success in Darwinian terms, but it does not give the best image of the Spain of 1981 or the United States of 2020.

There is a moment when the victim refuses to delve deeper. It will be said that remaining undaunted would have been suicidal recklessness. With this speech, the preservation of the heroism of the recumbent deputies condemns the glorious seated exceptions of Carrillo, Suárez and Gutiérrez Mellado. In the perverted logic of the pandemic, they would be accused of inducing the murder of their colleagues. It will be added that the danger of death excuses any lackluster behavior, but the parliaments of Spain or the United States send their compatriots to die without batting an eye, often in war expeditions that history will label as absurd.

The coup was bloodless, but not thanks to the throwing of the parliamentarians to the ground, because otherwise the outcome is ignored, in the face of bullies who ended up fleeing from themselves through the windows of Congress. The speculation moved to the political class of the rest of the country, and it cannot be resolved even by those affected. The motivations for a decision in a traumatic environment are so dark that not even the protagonists themselves manage to clear them. Or they least of all.

Also Read  Getting Curious With Jonathan Van Ness Review: The Craziest Teacher You Could Wish For | TV

Take, for example, the star actor. After displaying his undoubted power of conviction to neutralize the mutiny, and given that the country was in suspense on the edge of the precipice, would Juan Carlos I have energetically refused to be King in a triumphant coup? The monarch’s fortitude will be wielded, but his tutor Alfonso Armada did not have to be less persuasive than Corinna at another decisive moment. It is not a question of comforting those who now tease the Emeritus, to purge their past idolatry. It must be admitted however that today it is easier to prop up the compromising hypotheses of the 23F, after the bump of its main protagonist.

Castizo Manichaeism obscures the honorable exits to the understandable hesitations of 23F. It should be remembered that appeasers are not inevitably traitors. In 1930s England, ministers such as Sir Kingsley Wood were noted for their Hitler leanings in Chamberlain’s cabinet, an affinity that did not prevent him from fervently supporting the appointment of the same old Churchill to war against Nazism.

Accepting ambiguity is preferable to spilling over into easy maximalisms. When Dominique de Villepin maintained the diplomatic channel with Saddam in 2003 before the UN Security Council, he did not therefore sympathize with Al Qaeda. With perspective, he may not even have been wrong. The vacillating and equidistant 23F would have sheltered their indecisions in the current disasters. ETA had killed 93 people during that 1980, an average of two murders a week.

The non-speculative view of the coup also collides with the softness of the sentences and the profusion of pardons. The pardon to the criminals, crowded around the taking of Congress, is only comparable to the amnesty extended to those who played several decks. 23F is no place for heroes.