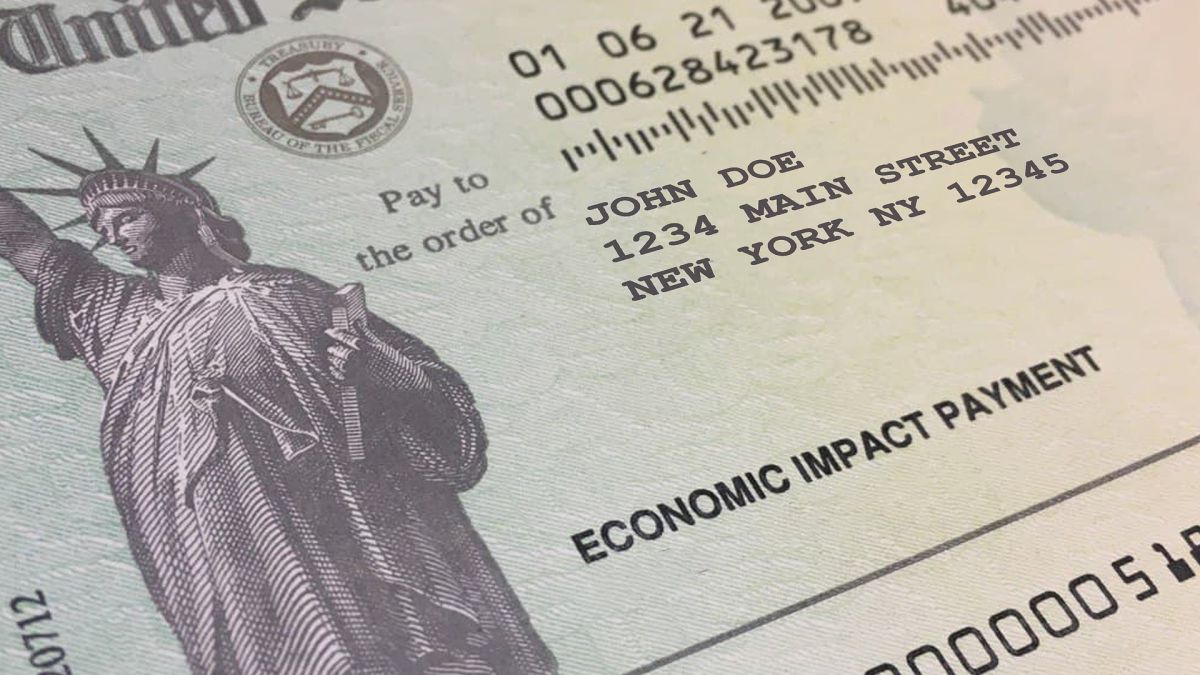 The public debate on a fourth stimulus check began at the end of last March, after the approval of the American Rescue Plan (ARP) that sent an aid of $ 1,400 dollars per person, but A recent House bill has re-fueled the idea of ​​more direct aid to Americans.

However, the push for more direct economic aid to families has a complicated route in Congress, where at least 80 representatives and senators had voiced their support and sent letters to the president. Joe Biden to support the proposal.

It was the Democratic representative Ilhan Omar (Minnesota) who introduced a bill to grant monthly payments of up to $ 1,200 per adult and $ 600 per child, which has a particular impact on Black and Latino communities.

Questioned in this regard by this newspaper, the representative Raul Ruiz (California), president of the Hispanic Caucus of Congress, acknowledged that although there are proposals on the table, their future could be complicated, despite the threat due to the increase in coronavirus cases with the Delta variant, which has delayed the complete reopening of the country .

Congresswoman Omar proposed her plan, known as SUPPORT (APOYO), of monthly stimulus payments of up to $ 1,200 for adults and $ 600 for children.

“(Wanted) to send unconditional payments … (is) designed to build a 21st century economy that reflects the daily needs of Americans,” according to a press release from the Democrat. “For too long we have prioritized endless growth, while millions are homeless, hungry or without health care.”

He stressed that the COVID-19 pandemic has intensified these differences and, therefore, it was time to reduce inequalities.

His proposal seeks to establish a new Office of Guaranteed Income Programs in the Treasury Department., in order to monitor payments whose eligibility depends on income, based on other similar supports, such as the CARES Act or the ARP, which takes into account an adjusted gross income of $ 75,000 per year or less per person and $ 150,000 per couple.

The plan is supported by other Democrats, such as Marie Newman (Illinois).

“I am proud to co-sponsor the GPI Act and the APOYO Act to ensure that we are keeping economic justice in mind,” he said.

Asked about a possible approval route for this project, Representative Ruiz emphasized that current projects to help families were established in the American Rescue Plan, although he recognized that during the discussion of the new economic package that would be approved under the Reconciliation process, some congressmen could present projects as a fourth stimulus check.

“We are seeing the principles of the Delta variant … specifically in places where they have not been vaccinated,” he acknowledged, but pointed out that the support to come is marked in the ARP. “The financial aid … to fundamentally develop safety at work and in schools, to be able to open them, are under the American Rescue Plan”.

He added that the infrastructure and family projects that Congress would approve in the coming weeks would include different aid for children, workers and health insurance, but not direct support.

Insisting on some pressure from other congressmen for an additional stimulus check bill, the Democrat acknowledged that there could be some discussion.

“Yes, it is possible that they will try … everything will be under the rule of the Reconciliation process and who is going to decide what can be put on and what cannot be put on is going to be the parliamentarian,” he said.

President Biden has not commented on a possible fourth stimulus check, as he is focused on his multi-year economic project on infrastructure investments and the Plan for American Families.

The president has defended tax support for families, such as the Child Tax Credit, which grants up to $ 3,600 per year per child to families with children. His new project is to extend that aid for the next five years.

Representative Ruiz acknowledged that the Democrats will even try to make it “for life”, but it will depend on the negotiations and the decision of the parliamentarian.

The Tax Policy Center released a report in March that explains how poverty would be reduced by as much as 6.4 percent, but the impact would be particularly significant among Black and Latino communities.

Poverty at the national level would drop from 13.7 percent to 6.4 percent with a direct payment to Americans, but with two similar grants at $ 1,400, the rate would be 6.6 percent.

The experts Elaine Maag Y Kevin Werner write in the report “How Additional Cash Payments Would Reduce Poverty” that, in the case of the Latino community, the effect would be more marked, since the poverty rate would drop from 13.3 percent to 9 percent, but a fifth payment that figure would plummet to 6.3 percent.