The snow stopped 300 truckers for approximate space of six hours yesterday morning in Villena, when the traffic of heavy vehicles was prohibited by the highway A-31 towards the center of the peninsula and towards València due to the storm. The snow also caused yesterday the suspension of the last two AVE between Alicante and Madrid and at the last minute it was not known if it could be circulated today.

Yesterday there were also minor restrictions on truck traffic in the A-7 at the height of Ibi, and several secondary roads remained closed at press time. In the main network, however, the situation was quite normalized, except for the obligation to extreme caution when it was time to travel through the areas where the storm “Filomena” made itself felt more strongly.

After noon, the Civil Guard restored traffic on the A-31 at the height of Villena in the direction of Albacete and Madrid after the snowstorm for hours left more than 300 trucks trapped in the Bulilla industrial park, from half past six in the morning. At first, the highway was also blocked for drivers heading towards Valencia through Font de la Figuera, although they were allowed to pass during the morning. Towards Albacete, however, the passage of heavy vehicles resumed after 12.00.

The trucks in the industrial area of ​​Bulilla de Villena. ÁXEL ÁLVAREZ

The situation that all these people lived for hourss forced the Red Cross to intervene in the polygon with supplies of essential goods, such as hot drinks and food while they waited for the resumption of traffic, indicated sources of the entity.

In Ibi, the snow also made the A-7 highway cut off in the morning to the passage of trucks and articulated vehicles between this town and Alcoy, although at noon their circulation was allowed without problems. In addition, as heavy traffic is much less on this road than on the A-31, the consequences of this cut were minimal, and there was not even an accumulation of vehicles at the height of Ibi. Cars and motorcycles, meanwhile, had no problem to circulate, since the roads of the highway were kept clear at all times, despite the fact that the snow covered everything along this section and reached the same shoulders.

In this area, from the first hour another classic picture could be seen every time there is a snowfall, that of dozens of onlookers who came to enjoy the snow. The vehicles were accumulating along the service roads of the A-7 and next to the entrances of rural roads, although there were no overcrowding problems as in January of last year. There were, however, in the afternoon in the port of Carrasqueta, on the CV-800 road, which was practically collapsed.

Also Read  Surprising truths you need to know about eggs, according to experts

It should be remembered that the snowfall has occurred in the middle of the coronavirus pandemic, which has caused the perimeter closure of Alcoy and Castalla. Thus, such a common place for the curious of the snow as the Font Roja has been banned; in fact, the management of the natural park announced yesterday the closure of the access and the visitor center for at least two weeks, until the perimeter closure of Alcoy is lifted. Likewise, the Government Delegation recalled that entry to this municipality is prohibited due to the health emergency and that, therefore, whoever attends risks being sanctioned.

Regarding the back roadsAt the end of the afternoon, five sections remained cut off, according to the information provided by the Department of Territorial Policy, Public Works and Mobility, almost all of them in the surroundings of the Mariola and Aitana mountains. SThis is the CV-780 between Torre de les Maçanes and Benifallim, CV-785 from this same town towards N-340 (towards Alcoy), CV-794 between Alcoy and Bocairent through the Sierra de Mariola and CV-803 between Onil and Banyeres, together with CV-657 between Beneixama and Fontanars dels Alforins. On other roads throughout this area there were problems for a good part of the day, especially in the morning; Among them, the CV-795, between Banyeres and Alcoy, stands out as the main one among those affected. No municipality was isolated, but it did have a certain complication reaching towns such as Benifallim, Torre de les Maçanes or Alcoleja, among others. In Banyeres, whose urban area is the one located at the highest altitude in the province, the snow remained throughout the day in many places.

Renfe suspends the last two Madrid-Alicante-Madrid Ave of the day due to snow. The company will return the money to the passengers and there is no alternative service. It is not yet known if tomorrow it will be able to circulate.

Dozens of cars have collapsed the port of the Carrasqueta. Despite the recommendations, many have wanted to see the snow up close and have caused a plug in the road.

Battered tigers and lions enjoy the snow in Villena. Other species such as pig-tailed macaques or chimpanzees have remained protected in their indoor facilities at the AAP Primadomus. More information

Also Read  Labor suggests that temporary agencies have to hire their employees as permanent employees, before handing them over

Government Delegation calls for extreme caution after detecting displacements within the province of Alicante to visit snowy towns. More information.

The Civil Guard has re-established traffic on the A-31 at the height of Villena Albacete-Madrid direction after the snowstorm left more than 300 trucks trapped in the Bulilla industrial estate for hours, as sources from the armed institute have confirmed to Europa Press.

During the early hours of the morning of this Friday, the meteorological conditions caused by the storm ‘Filomena’ have forced to cut the traffic of trucks and heavy vehicles on the A-31 direction Albacete-Madrid, which has caused that about 300 carriers have been blocked on this road, as it passes through the town of Villena, since half past six in the morning.

The storm Filomena has caused some fishing boats in the Valencian Community to have to extend the mooring in the ports this Friday and have not been able to go out to fish in the waters of the Valencian coast.

The wind and rain storm that has traveled the Mediterranean Sea has caused a large part of the boats from the provinces of Alicante, Valencia and Castelló to continue moored in port, the Interfederative Commission of Fishermen’s Guilds of autonomy has informed in a statement.

The Government Delegation has urged the citizens of the Valencian Community to avoid “unnecessary” trips in the next hours and days to visit the municipalities with snow in the autonomy and has asked for extreme caution due to the effects of the storm Filomena on the large roads.

This has been stated by the Delegation after detecting that in the interior of the province of Alicante people have begun to come to visit towns after the snowfalls in recent days. For this reason, he has urged extreme caution and has stressed that the effects of the storm will continue in the coming hours.

MARQ closes its deposits due to the storm

The Tossal de Manises in Alicante and the Illeta dels Banyets in El Campello will not be open to the public until at least next Tuesday. More information.

View of the islet of El Campello.

The Emergency Coordination Center has expanded the emergency situation 0 due to snow to a total of 16 regions by adding the Alt Maestrat, l’Alcalatén, Alto Mijares, Hoya de Buñol and the interior of Alicante and the Vall d’Albaida And since the storm, Filomena has received a total of 881 calls, as reported on her official Twitter account.

The delegation of the Meteorology Statal Agency In the Valencian Community, it has warned about the possibility of snow storms tomorrow, Saturday afternoon, in the northern half of the autonomous region.

In its Twitter profile, Aemet recalls that the most adverse snowfall in recent years was in January 2017, when it snowed at sea level in Dénia, Xàbia and Torrevieja and there was a red notice within the three provinces.

The park management restricts access to authorized personnel and owners of nearby farms due to the health and meteorological situation. More information.

The Christmas contagions and the storm Filomena They are making themselves felt in the classrooms of Elche in the first two days of activity after the holiday break. In fact, the Stepv union figures the drop in attendance by 30%, mainly in Infant and Primary.

Red Cross distributes food among truckers blocked in Villena due to the snowstorm. 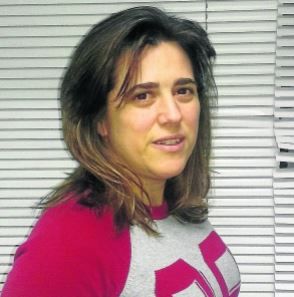 Alicante Local Police short the A 31 in the direction of departure from Alicante to Madrid due to an accident with a lateral tipping.

Traffic accident on the A-31.

The storm of rain and snow that affects most of the Valencian Community has caused that none of the meteorological stations have registered temperatures above 10 degrees at noon this Friday.

According to data from the State Meteorological Agency, the highest temperature in the Community is that of Oliva, with 9.1 degrees, followed by 8.9 Xàbia, 8.8 in Miramar, 8.7 in Alicante and 8.4 in Polinyà.

In the interior of Valencia and Alicante, Chelva records 1.2 degrees and Pinoso 2.7, while in points in the interior of Castellón the thermometer is not even positive, and localities such as Morella or Castellfort they were -2.7 and -3.8 degrees, respectively, at noon.

The cars can circulate without problems on the highway and the curious start to accumulate next to the service road at the highest levels. Expand the information.

Curious people who have come to see the snow in the Canal area, between Ibi and Alcoy.