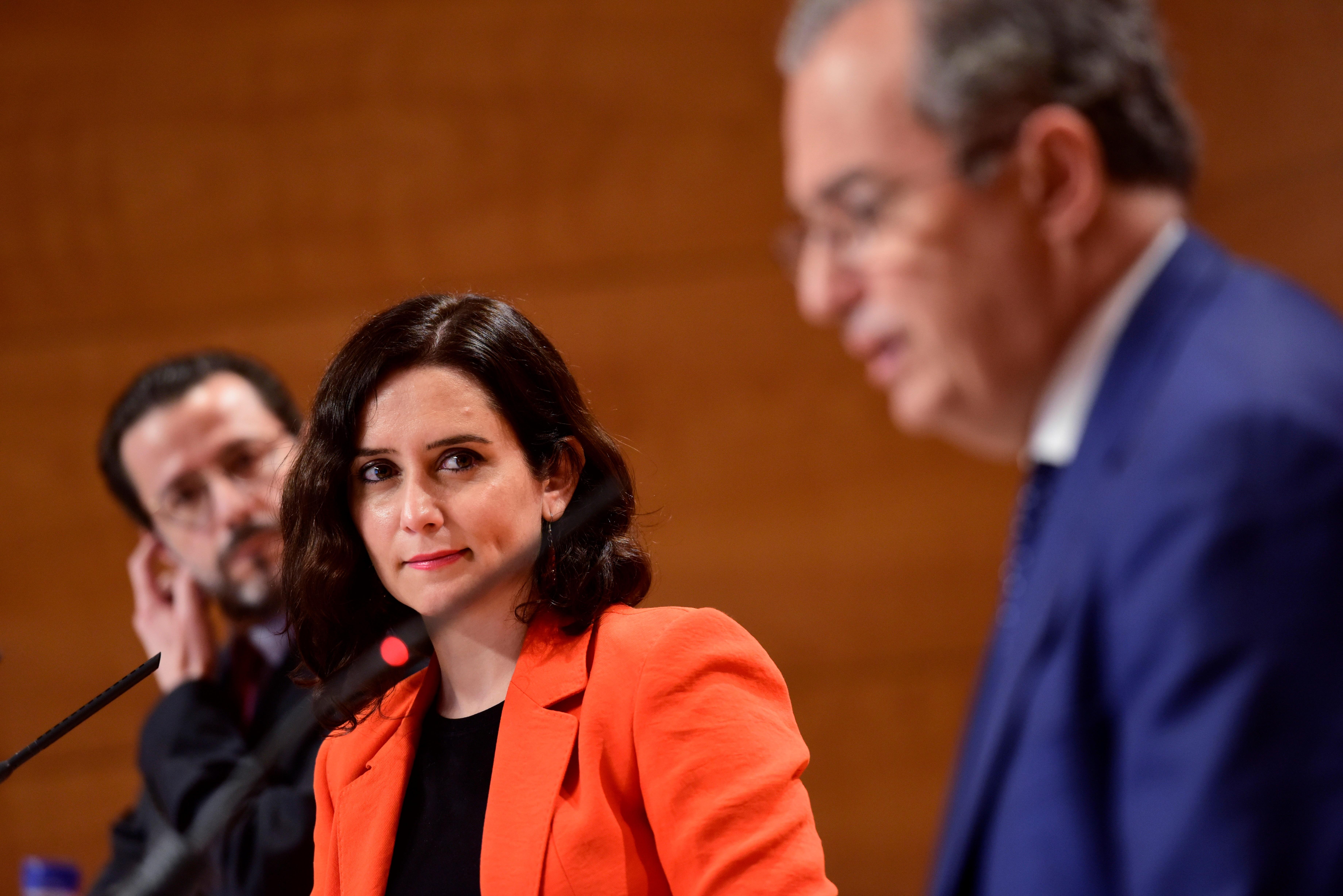 The portraits of the 11 presidents of Spain who observe from the walls the meetings of the Governing Council of the Community of Madrid are more alone than ever. After dissolving her coalition with Ciudadanos, Isabel Díaz Ayuso has only the seven PP councilors whom she appointed in August 2019, instead of the 13 she had until the crisis of Wednesday the 10th. The idyllic internal cohesion that is achieved after The rupture, in the description of a member of the Executive, contrasts with the challenges faced by an absolute minority government: facing the pandemic, organizing vaccination, and managing requests for European and national funds … with a team of only seven councilors in The two are also involved in the campaign for the re-election of Díaz Ayuso.

The elections will be on May 4. The constitution of the Assembly, on June 8. As no poll foresees an absolute majority of the PP, it is foreseeable that several weeks of the summer will have to be consumed to agree between several parties a government majority, be it of the right or the left. During all that time, the destiny of the Community, a region with a budget of 22,000 million, will be in the hands of eight people, the seven councilors and the president.

“The government structure has been weakened by removing ministries, bringing them together and producing a structural maladjustment,” laments Ángel Gabilondo, who is running as the PSOE candidate for the May 4 elections after winning the 2019 elections. “We are in something that can lead to paralysis and an institutional crisis ”, he predicts. “The amount of resources that are on hold!” He exclaims.

“But anyone can imagine the difference between being with Cs and without Cs,” disagrees a source close to the Governing Council. “Now we have a deeper knowledge of what was done in their counseling, which in some cases was like a world apart,” he says. “Now there is a unified and more efficient line of work because there is more executive coherence,” he adds. “Regarding the workload, in some cases it has literally doubled, and that is there, but as you can see it has been well assumed because there is management experience.”

Although the PP is pleased that it does not have to invest time in finding points in agreement with proposals by Ignacio Aguado (Cs) that sometimes turned out to be antagonistic, or labeled as mere occurrences, the situation is especially complex for two directors, Javier Fernández-Lasquetty and Enrique Ossorio.

The first, who was already head of the Treasury and Public Function, must now deal with the Economy, Employment and Competitiveness, which implies that he assumes the bulk of the work to complete the request for European (22,000 million) and state funds (about 700, according to calculates the PSOE). In addition, as if that were not enough, Díaz Ayuso has commissioned him to coordinate the arguments of his campaign.

For his part, Ossorio, until now at the head of Education, adds to that portfolio another two (Universities and Culture and Tourism), in addition to the government spokesperson. And they are not his only tasks: he must also coordinate the electoral program of Díaz Ayuso. Two titanic tasks, which until now have not been accompanied by a reinforcement of government teams, but by a great communication effort to try to establish that the situation has improved with the departure of Cs.

But they are not unique cases. David Pérez, who already had responsibility for Housing and Local Administration, now adds those of Transport and Infrastructure, bringing together the management of the Metro, relations with the 179 municipalities in the region, Community mobility, Plan Vive , or the Transport Consortium. To this he adds his position in the regional Executive of the PP, Territorial Executive Secretary, a fundamental position for mobilization and coordination in the elections. And Enrique Ruiz-Escudero, who already had to face the challenge of managing an unprecedented pandemic, with the consequent wear and tear, will also have to deal with Social Policies.

“This Government is going to work the same, or I venture to say, better,” said Ossorio in his premiere as a government spokesman, on Thursday 11. “I have put it up to the last moment to collaborate with them, but the disloyalty has been permanent ”, He added, before going on to report on a cascade of dismissals (more than thirty) and appointments (a dozen) that have marked the three government councils held since the crisis of March 10.

“As you know, we have not duplicated the government, because it did not seem aesthetic to me to work as if it had an absolute majority that the citizens have not given me,” Díaz Ayuso explained this week before the regional leadership of the PP. “It did not seem (good) to me to place anyone in all the positions in which our former partners were, no matter how much I trust because they come from our party,” he continued. “So I have asked our advisers to give extra effort, and they are all going to take on those powers, because it is for a short time. We work with total orthodoxy and neatness ”.

While politicians focus on the electoral advance, and prepare the campaign, the virus continues to lurk, and vaccination requires daily decisions to be made. There is also an unprecedented economic and social crisis. Faced with that, the absolute minority government of Díaz Ayuso.