Participation in the regional elections of the Community of Madrid at 7:00 p.m. was higher than 69.2%. This figure is 11 points above that recorded in the 2019 elections at the same time (58.13%) and increases the difference marked at 1:00 p.m., when it was set at 28.4%, two points above the that of the 2019 elections at the same time (26.18%). “We have no data that there has been any incident,” said Enrique López, Minister of Justice, during a press conference. “Compliance with the covid standards has been exquisite by citizens.” 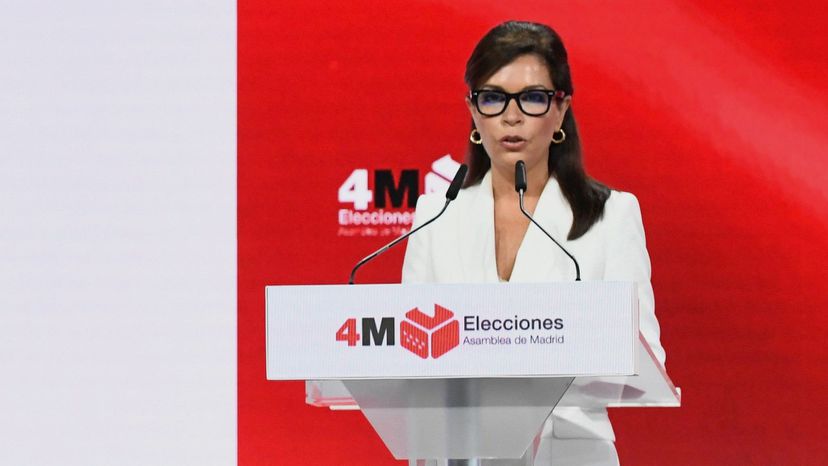 In video, the general director of the Media, Sandra Fernández and the Minister of Justice and the Interior, Enrique López, announce the figures for participation in the regional elections, this Tuesday at seven in the afternoon.(PHOTO: EFE | VIDEO: EPV)

In the western part of the region, in municipalities in which the PP won the last autonomous regions, the increases are also around 15 points in towns such as Boadilla del Monte (78.69%), Majadahonda (75.84%) and La Rozas (75.58%). In Pozuelo de Alarcón, the increase in votes cast was 13 and a half points, with 77.08%. In other large municipalities, such as Alcalá de Henares, where the Socialists were the most voted, participation has risen by 11.2 points, with 67.82%.

By size of municipalities

This sunny Tuesday, 5.1 million Madrilenians with the right to vote elect the 136 deputies of the Assembly in early regional elections in which 22 parties are presented. The day has started with numerous queues in the voting centers, due to the prevention measures and the separation distance to avoid coronavirus infections. The candidates of the main parties have encouraged to participate in a key day for national politics.

These Madrid elections are atypical for various reasons. They are the fourth elections of the pandemic, after the Galician and Basque elections of last summer, and the Catalans of 14-F. In addition, they are held on a weekday – something that has only happened in Madrid in autonomous regions, in 1987 – and after a long weekend, the first of May. The Dos de Mayo, the day of the Community of Madrid, has fallen this year on Sunday and the holiday has been moved to Monday.

Photogallery: The election day in Madrid on 4-M

Although the Metroscopia survey for EL PAÍS estimated that this May 4, participation would be between 66% and 68%, at 7:00 p.m. it was already over 69%. In the Galician elections last summer, it was 48.97%; in the Basques, 50.78%, and in the Catalans in 14-F, 53.5%. The elections of June 10, 1987, which fell on Wednesday, were regional, municipal and European. On that occasion, 69.87% of the electorate came to vote (including the ballots already arrived from abroad) and the PSOE candidate, Joaquín Leguina, won the victory.

This 4-M, the vote by mail has increased by 41% compared to 2019. 231,595 residents in Spain have requested it, 26,598 voters of the Electoral Census of Absent Residents (CERA) and another 1,248 Spaniards residing in Spain, but temporarily in the Foreign.

The schools have been open from 9 a.m. to 8 p.m. It was recommended that those over 65 years of age vote from 10:00 to 12:00 and that people with symptoms or with active disease do so during the last hour: from 19:00 to 20:00. The voter had to go only to the voting center, except in case assistance is needed, and the use of a mask was mandatory.