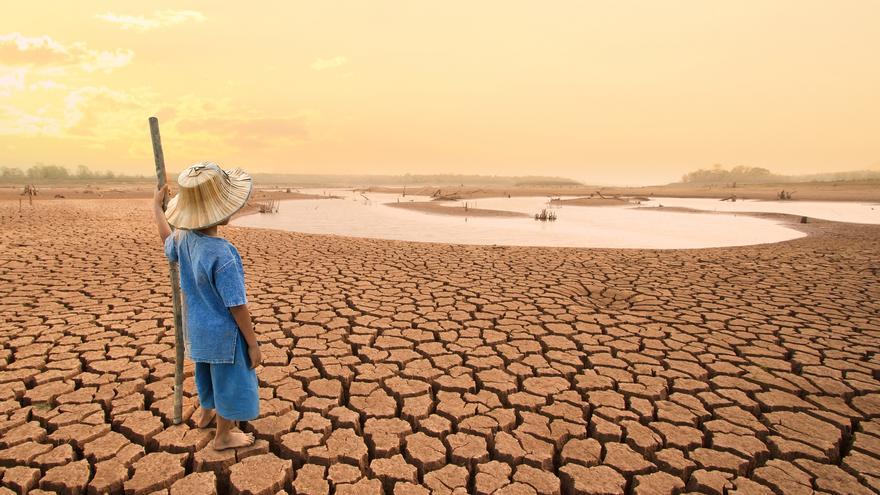 The fact that 2021 was the sixth warmest year on record is confirmed by the upward trend in global warming. The global average temperature of the Earth’s surface in 2021 tied with that of 2018 as the sixth warmest on record, according to independent analyzes by the US agencies NASA and NOAA.

Taken together, the past eight years are the warmest since modern records began in 1880. These annual temperature data make up the global temperature record, telling scientists that the planet is getting warmer.

According to the NASA temperature record, Earth in 2021 was about 1.1 degrees Celsius warmer than average at the end of the 19th century, the start of the industrial revolution. The objective is that this rise does not exceed 1.5 degrees in 2100, a goal that is increasingly difficult to achieve.

In 2021, no less than 400 weather stations around the world have broken their all-time temperature records, according to a climatologist who has been collecting weather records for more than 30 years, The Guardian reports.

Maximiliano Herrera has been monitoring extreme weather around the planet and publishes an annual list of temperature records broken the previous year.

Also Read  Dating App Scams Take Flight in NYC: How to Avoid Being the Next Victim?

Similarly, some continental and planetary range records were produced. For example, Africa had its hottest June and September on record.

As for ITalia, in August 48.8 degrees Celsius were recorded in Syracuse, which is the highest temperature ever reached in Europe.

July brought a whopping 54.4 degrees to Death Valley in the US, already the hottest temperature ever recorded (reliably) on the planet.

But it was not only the temperatures that demonstrated the progressive change in the Earth’s climate. In Kenya, the lack of rain forced to organize food aid for the population for the first time in many years.

Meteorologists quoted by the aforementioned British newspaper affirm that in some parts of Kenya the temperature in 2021 could be up to 2.1 degrees Celsius higher than normal.

The heat waves that were experienced in several European countries they are the ones that led to breaking records in some of these countries. But even places as cold and northern as Alaska broke several records by a wide margin, which has surprised scientists.

China, likewise, experienced the hottest year in its history, according to the China Meteorological Administration. Along with this, areas of the country such as the central province of Henan suffered torrential rains that left more water in three days than falls throughout the year. Hundreds of people died and the economic damage was enormous.

The experts consulted, however, affirm that the most extreme episode recorded last year in the world was the heat wave that hit the west coast of the United States in June and July, which was “well beyond the highest limits” hitherto recorded.

Also Read  The president of Castilla-La Mancha after cutting the transfer: "We are achieving buckets of water"