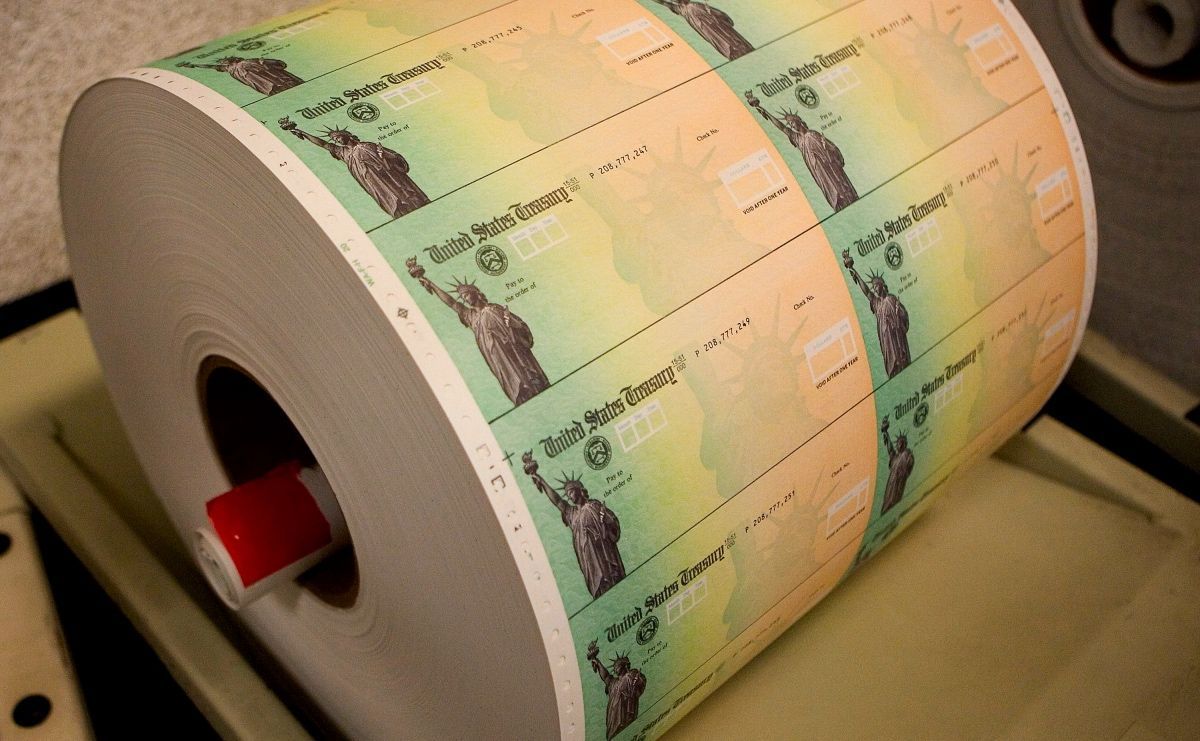 If a new stimulus check is approved, it could be distributed more quickly.

A new stimulus package has become more important for the economy in the face of rising unemployment and rising cases of coronavirus, but the bad news is that both Congress and the White House live in a impasse hard to beat.

President Donald Trump He said last week that Congress should approve a new economic plan, did not say which bill in particular, but his administration has defended a $ 1.8 trillion package whose discussions got stuck three days before the election.

The project includes the $ 1,200 per person, although the Trump Administration resists direct funding for state and local governments, as well as a national plan against the pandemic, especially case detection and tracing.

The president-elect Joe Biden pushes for the HEROES Act to be passed, the most extensive project approved so far with $ 3.2 billion dollars for companies, governments and workers.

The democrat could not take action in this regard, until after January 20, 2021, when he would take office, but he has sought that Congress reconsider the project that already took a concrete step last May: its approval in the House of Representatives.

Although there is a division among Democrats on the amounts to be approved, the majority supports the path that the Speaker of the House leads, Nancy Pelosi (California), unlike the Republicans, totally divided between going with their opponents and those who simply don’t want a new project.

The republican leader, Mitch McConnell (Kentucky) stands firm with a project capped at $ 500 billion, which would be “narrowly targeted at schools, healthcare providers, PPP, and accountability reform.” It would also include an additional $ 300 for unemployment insurance.

The Trump Administration has not spoken on which project it would support at this time.

While there is no stimulus plan, the coronavirus pandemic is advancing in the United States with more than 250,000 deaths.

Infections are approaching 12 million, while experts warn of a substantial increase during the end of the year holidays, which begins with the celebration of Thanksgiving next week.