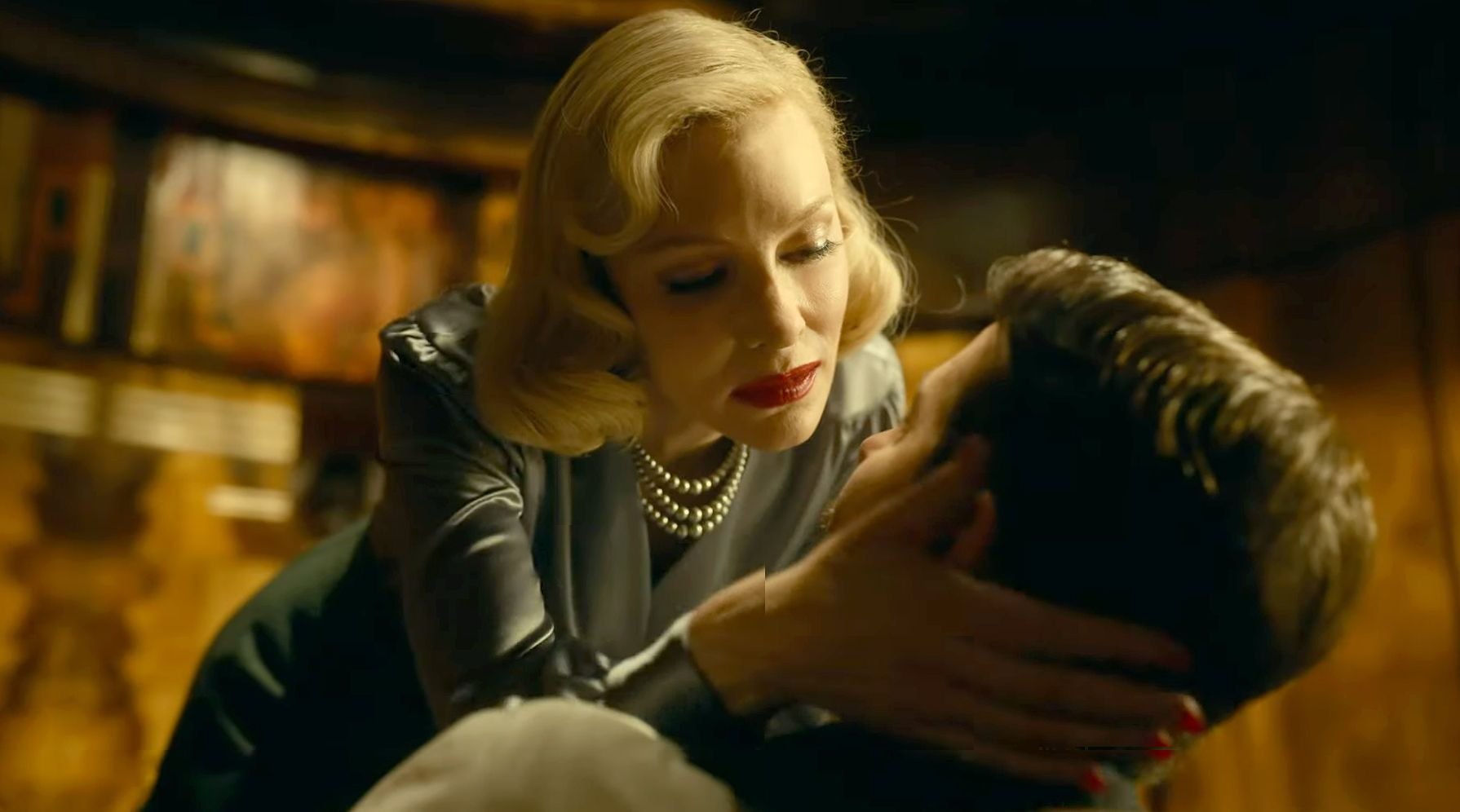 There have always been new adaptations of previous films. For artistic, economic or simple whims of the author, the remake has always been present in the cinema.

Big studios usually work by reinterpreting something that has been very successful either in the past or in other countries with the idea of ​​benefiting again.

However, not everyone has been satisfied, especially the public that has seen them. Sometimes it is not easy to improve something almost unbeatable even if your name is Steven Spielberg and although you will not fail as it happens with some live action of Disney, you are going to pass without penalty or glory.

If you are tired of always seeing the same plot and ending in all the movies, here we leave you a selection with the best suspense and intrigue films that surprised at the time for their groundbreaking bet.

In this report we are going to expose you 5 remakes that are worth seeing and that even surpass their original version and 2 that are a bit behind.

Here we leave you 5 remakes that are worth seeing and 2 that have failed:

Dredd (2012) is the remake of Judge Dredd (1995). Even though the source material is identical, the two films are very different in tone.

The 1995 film included many comic elements between the characters themselves and their interactions, while the 2021 film is a more direct and very serious film, which focuses above all on Karl Urban’s Dredd as a character, facing Judge Anderson, by Olivia Thirlby.

The 1995 movie is, at a glance, more comic-based (not a bad thing), along with with the intention of earning a PG-13 rating, much of the violent plot was left behind. Also in this version, Dredd takes off his helmet and considering that it is, neither more nor less, The Law, this humanizes him too much.

On the other hand, the 2012 version, even though it has an original story and most of the characters were invented for the movie, the story is much more reminiscent of the world Dredd lives in in the comics.

Knowing all this, the 2012 film is by far the stronger of the two and a much more faithful interpretation of the source material.

We leave you the link to this renewed version, which you can enjoy on Movistar+.

Although both films the 1947 version and the 2021 version follow the same general story, there are some considerable differences between the two.

Del Toro’s version introduces new subplots about Stan’s father and alcoholism, contains an expanded role for Lilith Ritter, and restores some of the book’s darker elements, including the ending.

Also Read  Confessions of a Bitcoin addict in treatment, who lost everything: 'Don't worry about me, we will all be millionaires'

To this must be added that in the original version, due to the time and as with the following film, Scarface, it influences how violence is treated. While the original film suggests without teaching too much, the remake shows the absolute brutality.

However, a big change that we can see in the new version, as we have mentioned before, is the ending (without spoilers), thanks in large part to the incredible performance of Bradley Cooper. This manages to create a closure according to the themes treated perfectly.

A softer or more hopeful ending would not have been true to the story the 2021 film tells, necessitating the change from the previous version.

We leave you the link to Disney + so you can enjoy it.

Yes, yes, this Tony Montana is not the original and we found before a remake of his original version of 1932. Perhaps in this case choosing one or the other is complex since we find ourselves before two great directors like Howard Hawkes and Brian de Palma.

However, and despite the fact that the balance may lean more towards the original than the remake, this is not about choosing one or the other since the 1983 Scarface is a real gem.

I have to start by saying that the original and the remake are strikingly similar despite there being a half-century difference between the two movies. Obviously, the film had to be modernized or nobody would want to see it and De Palma did really well with the materialistic style of the 80s.

The two films differ in that the original is about an Italian mobster named Tony Comante who rises through the ranks of the mob based on the south side of Chicago. The 1983 version is about a Cuban refugee named Tony Montana determined to make it to the top and will do whatever it takes to get there.

There is also a lot more swearing in the remake, as estimated on the platinum edition DVD version, the word fuck and its derivatives are used 226 times, with an average of 1.32 fuck per minute and want it not, that and many more things, has made this film a cult film.

If you want to check for yourself if it really is a masterful movie or not, we invite you to access the following link, since it is available on Netflix.

Here is a list of nine series you can watch on Netflix, from comedies to dramas, that will help you improve your English.

One obvious difference in these films, however, is that the 1931 version was for a Depression audience and that Coppola’s version is for a modern audience, and this, for example, we will be able to see in the representation of genders. A defenseless woman in the original version and a more independent and powerful woman in the remake.

Although Lugosi’s interpretation is chilling and closely tied to the original (he was even buried in Dracula’s costume), the most faithful translation of the novel is Bram Stoker’s Dracula (1992).

To this must be added the elaborate gothic scenery and costume design, which are truly remarkable, and they make you feel as if you have entered the novel itself. It also features a fabulous cast, including Gary Oldman as Dracula, Keanu Reeves as Jonathan Harker, Winona Ryder as Mina, and Anthony Hopkins as Van Helsing.

Still, beware, as unlike its predecessor, this movie contains some gore effects and disturbing creatures, which can be funny for the most fans but terrifying for the first timers.

If you want to experience this movie on your own, we leave you the link to Netflix.

Atresplayer is the multimedia player of the Atresmedia group and includes such popular channels as Antena 3 and La Sexta, as well as exclusive series from the renowned Fariña. In this in-depth guide we explain everything it offers, to get the most out of it.

Hated and dismissed at the time by critics and the general public alike, Lynch’s Dune (1984) has become a cult classic in recent years. Now, its renewed version has come to snatch the position.

However, the two films offer a great case study in how different decisions made by their directors, even working towards the same goal and with the same source material, can produce very different results.

The biggest difference between the two films is that Villeneuve’s is not an adaptation of the entire 1965 novel. In fact, it only covers about half of the book, setting us up for a second part.

Perhaps this has made the film a bit tedious, but if we compare it with its original version… The pacing and narrative structure are so heavy and unwieldy that they make the plot hard to follow for most. And it is that, Lynch, on the contrary, introduces his version of this universe being very faithful to the novel.

Taking this into account and if we add the incredible voiceovers, the treatment of the characters and a frankly good post-production, it makes the new version an indisputable improved work.

You can enjoy it through the following link to HBO Max.

Mitele is a Spanish platform to watch the series and movies that are successful among viewers and that are very easy to access, in this guide we will teach you how to use it.

Also Read  This color screen ebook reader is ideal for everyone, but especially if you like comics

within the list of perhaps the worst remakes if we compare them with its original version we have one of the mythical ones. We are currently seeing a lot of remakes live action of Disney and this may be one of the worst positioned, perhaps because of the hype What about its premiere?

The enterprise began in earnest with Tim Burton’s Alice in Wonderland and has been followed by Maleficent, Cinderella, The Jungle Book and Pete’s Dragon.

And it is that, it is quite likely that those of us who have grown up with these films and that we have enjoyed so many times, seeing how it is modified in some way seems like an attack on our childhood.

However, and being critical, it is not that they are simple redesigns, but rather attempts to modernize or find new depths in stories that don’t really have. Animation is a different form than live action, and therefore storytelling needs to be approached differently.

Probably one of the big problems with this film is its fidelity to the original film. Comparing it to others like Alice in Wonderland, Tim Burton made a completely different version and it was a complete success, or Maleficent, which recast Sleeping Beauty from the perspective of the misunderstood villain.

This 2017 remake is available on Disney+.

Maybe the director of this remake is Spielberg himself, but it is difficult to overcome the original version of Robert Wise and Jerome Robbins from 1961.

The original West Side Story musical is an incredible reimagining of Romeo and Juliet, and it was a staple of Spielberg’s childhood, so much so that he wanted to direct it. And it is that perhaps only someone like him could do this kind of thing and not look ridiculous.

Also dealing with topics as current as patriotism or xenophobia, it seems that it was destined to occur in these years.

However, and despite the fact that this new reinterpretation is really good, the original version is a few points higher. Its remake recreates the 1961 version almost shot by shot, but all loaded with color, spectacularity and a great soundtrack that you enjoy as a small child in the cinema.

Still and being a I was right to get this movie back in theaters, there are things that must be kept as they were created. But if Spielberg for a sentimental or personal issue wants to release a new version, we will enjoy it too.

Take a look and compare one version with another. We leave you the remake in the following link.