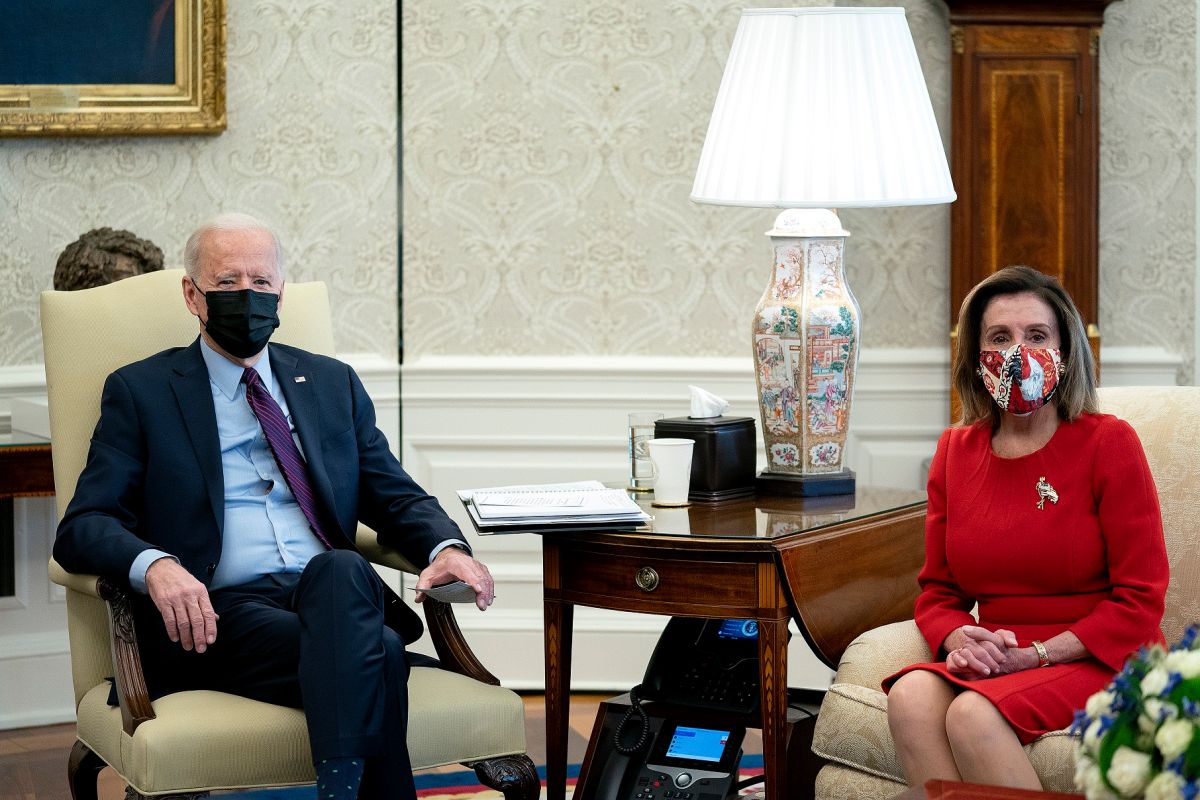 This week Congress is in recess, so there will be no significant progress in the negotiations for the $ 1.9 trillion stimulus package pushed by the president. Joe Biden, although there are important aspects to highlight about the negotiations.

The Economist Andrés Vinelli, Vice President of Economic Policies of the CAP and author of the report “7 principles that should guide the negotiations of economic relief”, has highlighted the importance and scope of the plan that would be approved in the next two weeks.

The House of Representatives and the Senate integrate their plans and must put together the proposals, in order to follow the Budget Reconciliation guidelines that, among other aspects, prevent congressmen from indebting the country more in the long term and imposing changes that are not fiscal .

1. Who would not receive money

Changing the rules about who the $ 1,400 check should be sent to has been a debate among congressmen, but some Democrats and Republicans have lobbied for only people with maximum annual incomes of $ 50,000 and couples reporting up to $ 100,000 together. receive the money directly.

However, it is intended that the gradual discount – beyond those income limits – is more accelerated, but those details have not been disclosed.

2. When will it be approved

There is no exact date for approval, but the congressional calendar indicates that the representatives and senators will return to sessions on February 22.

The Speaker of the House of Representatives, Nancy Pelosi (California), announced last Thursday that as soon as they return to Washington, the proposal endorsed by the Ways and Means Committee will be approved.

That week it would go to the Senate, where the bill to be merged is also drawn up, so not everything proposed in the House plan could be integrated, but the majority leader, Chuck Schumer (New York), announced that it would accelerate the approval of the plan.

The deadline to approve the project is March 14, since that is when the distribution of federal funds approved last December ends.

3. When the check will be sent

Taking the word of congressmen, such as President Pelosi, and the time it would take President Biden to sign the bill, it is possible that the funds will go directly to Americans. begin shipping the week of March 8-12, but only direct deposits to bank accounts.

The IRS would begin mailing checks the week of March 15 and debit cards on March 22. To those dates, an additional 15 days must be added, since it is the average time it would take to reach homes.

One of the most important changes to the aid package is tax support of up to $ 3,600 in one year for minors.

The experts, like Chuck Marr, Director of Federal Tax Policy, considers that this plan is important for the poorest families, although he supported the Republican project Mitt Romney (Utah), which increased aid to $ 4,200.

The economist Vinelli explained that the benefit is one of the best thought for help the poorest people.

“Payments that go directly to families with children have been shown to have a very healthy effect on children’s health and food security”he told this newspaper. “There are studies that estimate that a monthly payment of these characteristics would reduce child poverty by half, which is a lot.”

5. What else is included

Although the stimulus check is the “star” of the project, there are various programs that will re-boost the economy at different levels, since they reinforce the support for food (SNAP) and housing, but fiscal aid will also be sent to small businesses (stores, restaurants ), helps state and local governments to avoid laying off staff and continue providing services.

Increased resources will also be allocated to the battle against the pandemic (vaccines, detection and tracking tests and medical service).

Although the Chamber included the salary increase to $ 15 dollars per hour, its integration will depend on respect for the rules in the Senate to approve it with a simple majority.