Abercrombie & Fitch (A&F), the infamous retail company best known for flaunting their signature images of scantily clad models, wasn’t always the epitome of prep and sex. In fact, the store first started off as an elite outdoorsman brand in 1892 and was worn by the likes of Theodore Roosevelt and Ernest Hemingway. Polo shirts, crisp trousers and hunting attire, however, weren’t the only products sold in stores. Popular merchandise also included books, fishing gear and shaving cream — a collection of products fit for the traditional gentleman.

By the 1970s, A&F tanked financially — eventually filing for bankruptcy — and was forced to revamp their brand in order to rejoin the market. What came afterwards was a fashion line that embodied a very specific, idealized version of the all-American youth, meshing nauseatingly white fraternity culture with ample amounts of sex and allure. The brand’s signature tees, which were adorned with block stitched letters of the store’s own name, quickly became the sought-out apparel among young millennials while images of half-nude models plastered on the store walls and bags became the bane of every parent’s existence.

RELATED: The man behind Abercrombie & Fitch

The A&F look was simple and could be described using three short adjectives: Natural, American and Classic. It exuded a sense of cool and exclusiveness that was pushed by the company’s former CEO Mike Jeffries. But over the years, that exclusivity revealed itself to be expressed through blatant racism, discrimination and prejudice.

Such wrongdoings are now being explored in Netflix’s latest documentary, “White Hot: The Rise & Fall of Abercrombie & Fitch,” as it takes a closer look at how a $1.76 billion company managed to thrive — and survive — off of this exclusion. Up to a point.

From a shameless ranking system to a collection of offensive slogans, here are six shocking revelations from the documentary:

one The discriminatory recruiting process

As bizarre as this sounds, A&F recruiters were required to hire only “good-looking people” to work part-time — anywhere from $5-15 an hour — in stores. To help make the process easier, store managers were provided a literal book that strictly outlined “what good-looking looks like.”

“Exhibiting the A&F look is a tremendously important part of the A&F stores,” the book reads. “We are selling an experience for our customer, an atmosphere that people want to experience again and again. Our people in store are an inspiration to the customer.”

A literal book strictly outlined “what good-looking looks like.”

It goes on to state that a “neatly combed, attractive, natural, classic hairstyle” worn on an image of a white model is acceptable while dreadlocks, which are showcased on a Black model, is unacceptable for both men and women. Gold chains are not acceptable for men but a “thin, short, delicate, silver necklace” on women is perfectly OK. Additionally, if employees — aka “Brand Representatives” — chose to wear watches, the design must be both “understated and cool.” And lastly, brand representatives are required to wear appropriate undergarments at all times.

As American fashion editor Robin Givhan says in the documentary, “No other mall brand went to the extreme that Abercrombie did in micromanaging the look of everything from the store down to the person who was cleaning up the stockroom.”

Abercrombie & Fitch models during Abercrombie & Fitch Store Opening on 5th Avenue in New York City at A & F 5th Avenue in New York City, New York, United States. (David Pomponio/FilmMagic for Paul Wilmot Communications/Getty Images)Racial discrimination was also rampant in the store’s work environment. According to journalist Moe Tkacik, A&F had weekly employee review sheets, which required store managers to rank each of their employees on a look-based scale of “cool to rocks.” If certain employees weren’t considered as cool — which was a coded way of saying unattractive — they were dropped from the work schedule and silently fired.

In the end, the brand didn’t care about individual sales or job performance.

“All that mattered was that the employees that you took pictures of and sent back to headquarters were hot,” says Tkacik, who describes the whole process as feeling “illegal.”

It was later understood that the discriminatory review policy was a way for the brand to continue pushing its overwhelmingly white standard. In June 2003, nine former employees of color filed a suit against the company, alleging that A&F refused them sales jobs, forced them to work in undesirable positions and terminated their contracts on the basis of their race. A settlement was eventually reached and included a consent decree, requiring the company to change its policies to promote diversity within the workforce, prevent discrimination and appoint a Vice President for Diversity.

The company later launched their own diversity & inclusion team and in 2011, approximately 53% of the store’s employees were non-white. But aside from that, nothing really changed following the consent decree. Instead, the brand came up with new, disparaging corporate lingo, which once again excluded workers of color. Employees were no longer called “Brand Representatives.” Instead, they were divided into two categories with two distinct titles: “Impact” employees were mainly people of color who worked in the back and “model” employees were mainly white people who worked up in the front.

The brand’s most notorious shirt featured… the slogan, “Two Wongs can make it white.”

To the brand, being “funny” also meant being racist. As the documentary outlines, a specific theme for the shirts was called “Buddha fest” and featured a cliché portrait of an oversized Buddha drawing. Another shirt had the slogan, “Juan more for the road” next to a picture of a donkey holding a taco with a sombrero. The brand’s most notorious shirt featured an illustration of the “Wong brothers” who wore matching conical hats and advertised a fictional laundry service. The slogan, “Two Wongs can make it white” appeared at the bottom.

Despite the stereotypical portrayals and offensive rhetoric, the tees were a hit among A&F consumers. The shirts were finally pulled from the stores and burned after multiple Asian American student groups publicly protested the company and its apparel.

Fashion photographer Bruce Weber is the mastermind behind the brand’s salacious and glossy 1990s ad campaigns. Over the years, however, Weber has been at the center of controversy after multiple male models accused the photographer of inappropriate touching, coercive sexual behavior and sexual assault.

According to former A&F model Bobby Blanksi, Webber frequently invited models over for private dinners and advertised the outings as innocent meetings. If models refused the offer, Weber would fire them on the spot.

“There was a guy that would get a call from Bruce. He would get invited to come over for dinner,” explains Blanksi. “Then they’d go over, and I would not see them the next day.” 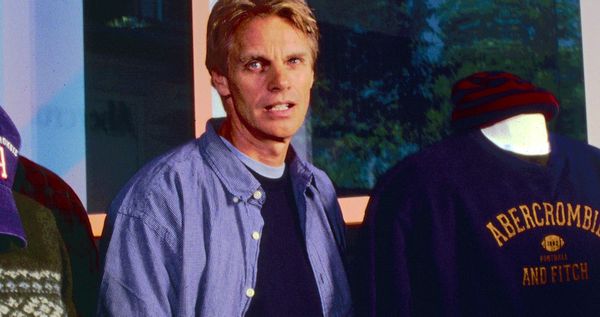 “We don’t want her to look too butch.”

In a story that journalist Benoit Denizet-Lewis wrote for Salon in 2006, he revealed that the A&F CEO has proudly boasted that his brand is “exclusionary,” frequently making the point that the brand’s clothes are not size-inclusive. As Denizet-Lewis recalls, Jeffries obsessively analyzed how jeans would look on the mannequins kept in the company’s headquarters. In one instance, Jeffries allegedly said, “We need to make this dude look more like a dude,” while looking at a male mannequin. And to a nearby female mannequin, Jeffries criticized, “We don’t want her to look too butch.”

A similar remark was made when Jeffries evaluated a pair of women corduroys which he deemed were too masculine.

“Who the f**k are you designing for? Dykes on trikes?” the CEO asked.

In 2008, Samantha Elauf applied for a job at A&F but was eventually declined to a position due to her choice to wear a black head scarf. According to the company, Elauf’s scarf went against its “Look Policy” and its “classic East Coast collegiate style” dress code. Elauf filed a complaint with the Equal Employment Opportunity Commission, which filed a suit against Abercrombie, which defended its company policy and asserted that it bans all types of headgear, regardless of religious affiliation.

The case was also heard by the Supreme Court, which ruled in favor of Elauf and found that A&F violated the 1964 Civil Rights Act, which states that employers must provide “reasonable accommodation without undue hardship.”

“Title VII forbids adverse employment decisions made with a forbidden motive, whether this motive derives from current knowledge, a well-founded suspicion or merely a hunch,” said Justice Antonin Scalia.

“White Hot: The Rise & Fall of Abercrombie & Fitch” is now streaming on Netflix. Watch a trailer for the documentary below, via YouTube.