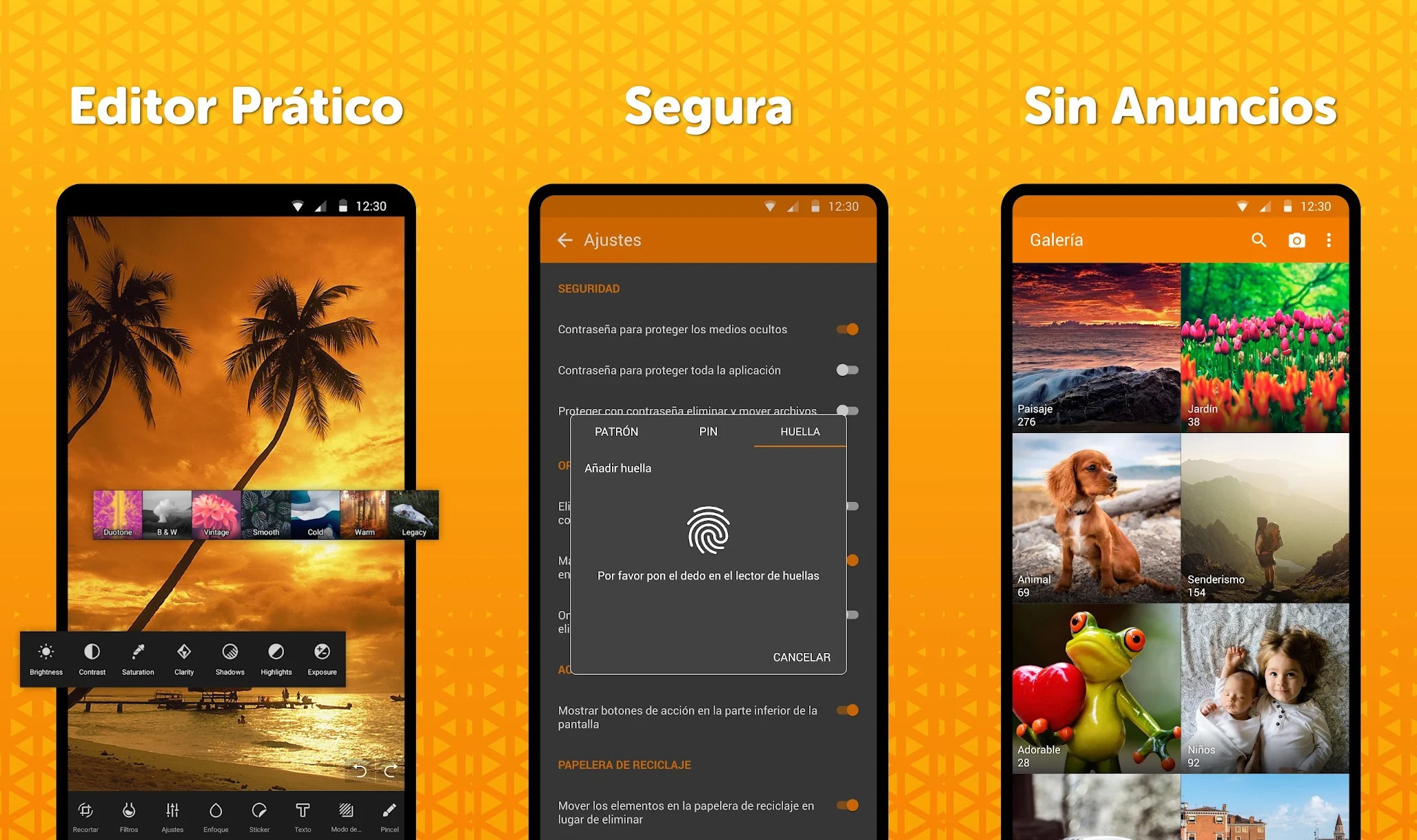 If you are looking for a gallery in which to save your photos, you have come to the right place, and we have compiled the seven best ones that you can download right now.

Current mobile phones have managed to combine a large number of functionalities under the same casing. Currently this type of device allows you to make both calls and send messages, but also They are machines perfected to achieve top quality photographs and videos..

In fact, high-end phones released this year have sensors that are capable of capturing light in a realistic way and, furthermore, when combined with professional photography modes, even better results can be obtained thanks to editing in applications such as Lightroom or Snapseed.

Taking into account the situation of current phones, the limiting factor is not the sensors or the photos: the gallery application is the one that limits the management of these photos. And, although it may seem incredible, a good gallery solves headaches. That is why we have compiled the seven best galleries for Android.

Simplicity and a sublime experience go hand in hand at Piktures. This gallery is one of the most recommended in forums and this is because it has a very minimalist design, but loaded with features and functions. In fact, not only can the photos taken with the mobile phone be viewed, but it can also be linked to Google Drive, Dropbox and One Drive. Direct link to the PlayStore.

This gallery follows in the footsteps of the first on this list, but it has some features that make it more appropriate for those users who are looking for a more vitamin-rich application. In fact, The best thing about this gallery is that it has a fairly complete photo editor to be integrated directly into the application. Direct link to the PlayStore.

Memory could be a combination of the first two galleries, although this definition would poorly summarize the potential of the application. We are faced with a simple gallery and, at the same time, loaded with interesting features. The first thing is the ease with which it allows you to sort photos and, furthermore, the way in which it is capable of displaying the complete information of the saved photos. Direct link to the PlayStore.

Focus Go is a gallery for those people who just want to have an application to view their photos and videos. It is the one that integrates the fewest features and functionalities, but that does not mean that it is the least ambitious. The general design of the gallery allows quick access to the photos and, in addition, it has a very interesting way of showing the resulting colors of an image. Direct link to the PlayStore.

This gallery has a touch to all the previous ones and, in addition, something similar to Google Photos. It is the perfect application for those users who do not want to get too complicated in terms of functionalities and features, but who also do not want to sacrifice some potential at the configuration level. It is, to put it in some way, the middle ground between a complex gallery and a simple one. Direct link to the PlayStore.

1Gallery can be defined as the most aesthetic gallery of all. At the design level, it is the most modern of all, but this does not mean that functionalities or features are sacrificed. It is a gallery that has a fairly solvent photo editor, in addition to allowing you to save photos under lock and key with a password so that no one can access them. Direct link to the PlayStore.

Also Read  How AI is changing the contact center experience

This last gallery has a specific function and that is to become a photo safe. Come on, in it we have to save those photographs that we do not want anyone to see and the same with the videos. Its main function is that, so if you are looking for a gallery whose sole objective is to maintain your privacy, this is the one. Direct link to the PlayStore.