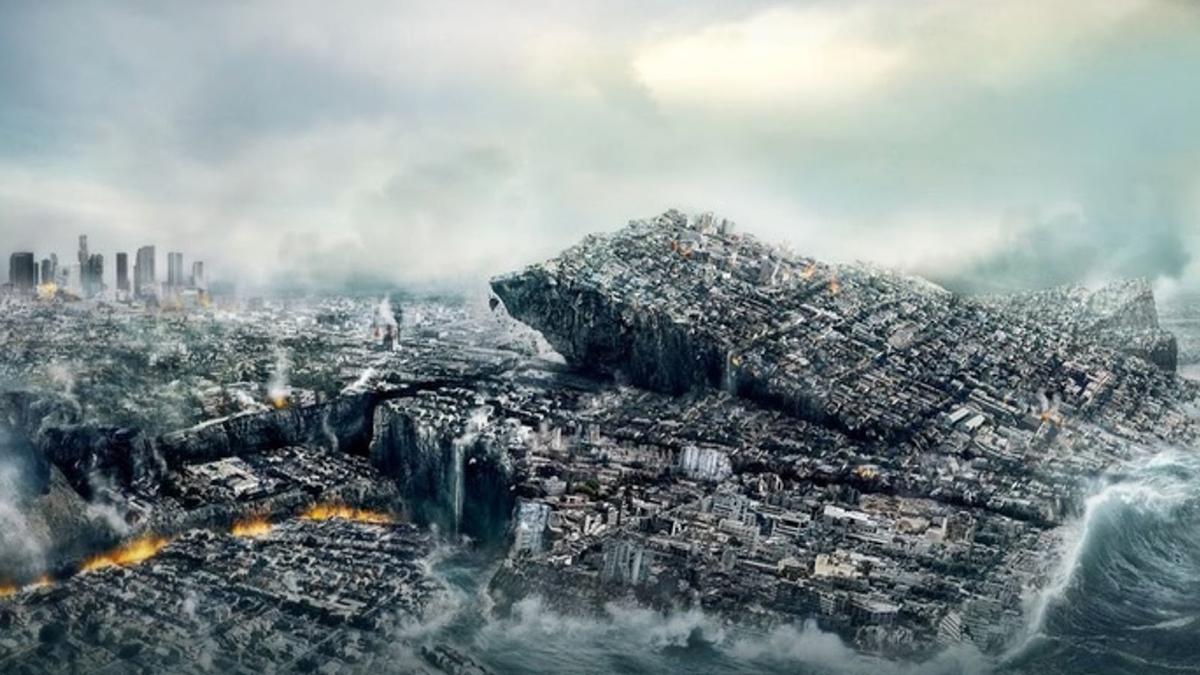 We have the constant threat of climate changeterrific articles every few minutes announcing that an asteroid will skim the Earth… The possibility that Pachamama will give humanity an ultimatum and we will become extinct terrifies us, and the cinema has taken great advantage of this fear.

Disaster cinema had its heyday in the 1970s. With the development of special effects in the late 1990s, the genre experienced a new revival.after a period of not very blockbuster titles, which continues to this day.

Now, we must honor the truth and seeing these movies, sometimes quite exaggerated, we can say that they are about that, science fiction movies.

Atresplayer is the multimedia player of the Atresmedia group and includes such popular channels as Antena 3 and La Sexta, as well as exclusive series from the renowned Fariña. In this in-depth guide we explain everything it offers, to get the most out of it.

Many meteorologists, researchers and scientists share the opinion of José Miguel Viñas, Meteored meteorologist and consultant to the World Meteorological Organization (WMO), who recalls that “Some abrupt climate change has taken place in the past, but no model, to date, predicts anything like this on a scale of decades.”

However, we never know what can happen (Who was going to tell us that we were going to be touring Gran Vía with a sled). For the moment we leave you these movies that use catastrophes as a starting point, leaving aside the mythical 2012, The Day After Tomorrow or The Impossible.

7 movies that warn about the worst that can happen with climate change:

This huge hit on Netflix is ​​directed by Adam McKay, Don’t Look Up is basically a satirical reminder that the world is ending and, as important as it is, not many people pay enough attention to it.

The plot focuses on a couple of astronomers who discover that a comet is going to destroy the Earth in six months. The big problem is that the comet is invisible to the eye and it is too far out in space, so if we are able to ignore a global pandemic, in this film, the fact that the destruction is invisible (for the time being), makes everyone laugh.

With an incredible cast, including Jennifer Lawrence, Leonardo DiCaprio or the wonderful Meryl Streep, it may fall short at a plot level at times, perhaps because of the expectations we place on these great figures.

However, the story is full of subtlety and fun and if they wanted to ridicule some of the most representative figures in the world, they have succeeded.

Here is the link of the movie on Netflix.

The premise is simple: after the well-known San Andreas Fault finally gives way, Triggering a magnitude 9 earthquake in California, a search and rescue helicopter pilot, played by Dwayne Johnson and his wife, head to save their daughter. The story is that what they thought was going to be simple and would only be left behind in an earthquake, is just the beginning.

It may be lacking in some aspects such as the dialogues or the performances themselves, but that comes to nothing if you are a fan of destruction movies who only want to see destruction.

The visual effects are magnificent and, more importantly, Saint Andrew is quite exciting and amazing, although it is quite obvious that all the main characters are going to make it to the end credits.

You can watch the movie on HBO Max.

If you are tired of always seeing the same plot and ending in all the movies, here we leave you a selection with the best suspense and intrigue films that surprised at the time for their groundbreaking bet.

The basis of this film focuses, on the one hand, on corroborating that all those news reports that the Earth would soon become uninhabitable were not wrong, and that sadly humanity has had to flee the planet to a floating colony on the outskirts of Jupiter’s moon IO.

In this scenario, our protagonist, who manages a fully functioning greenhouse, testing the ability of plants to adapt and creating bees that can also do so, will return to Earth, as she will seek a way to make it habitable again.

We can affirm that this movie has great special effects and a very good photography that make up for some deficiencies. Then we leave you the link to Netflix so you can enjoy this film.

Based on the French graphic novel La Transperceneige, Snowbreaker by Bong Joon-ho. The story begins in the not too distant future. humanity launches a last attempt to stop the spread of global warming once and for all.

Logically the plan fails, how could it be otherwise, and the world plunges into a new ice age that causes the extinction of all forms of life. Before all this happens, Wilford builds a high-speed luxury train that can go around the world without stopping or being affected by the outside weather.

This is where the craziness comes in, as the train is inhabited with the rich living comfortably in the front carriages, while the poor and downtrodden masses are stuck in the back.

This film will offer us exciting images ranging from the desolate landscape outside to a life-size aquarium. A film with great high drama where some phrases can leave you cold (pun intended): “I know what people taste like and I know babies taste better.”

Despite being from 2013, in 2020 its director, who we remember has also directed Parasites, announced a new Netflix original series based on this film. The link to the movie is here.

If you like horror movies, we have selected 30 that you will surely enjoy at any time if you feel like having something scary.

When an iridescent meteorite hits a house in New England, its effects are not long in showing.: time begins to dilate, nature takes on a strange hue and all things end up mutating and corrupting.

Well, this is simply the premise of this movie, adaptation of the short story by HP Lovecraft.

The life of this family, after the impact, will change completely, since it will also affect them: memory loss, visions, infection and disease. The color gradually destroys everything it touches and the father of the family does not know if he will have enough time to save her.

Also Read  Be careful if you suffer from sleep apnea without knowing it, it could prevent you from driving during the day and cause you to lose your driver's license

This Norwegian film tries to imitate American catastrophic cinema and the figure of the hero of the decades around the 2000s, but with a touch of suspense. It is neither more nor less than the first film with this theme made in Scandinavia.

The wave created for this film leaves others as mythical as that of The Impossible in a tidal wave. Plot-wise, it focuses on the eroding slopes of Åkerneset Mountain that pose a real threat to the towns of Geiranger and Hellesyltsi.

If the cliff wall were to break off and fall into the fjord, a tsunami would practically consume the shorelines. The ten-minute warning period in which the population must be evacuated is described with chilling realism.

However, the writers go further as they explores a deeper and stronger degree of post-wave human drama, treated with great realism. You can enjoy it through Amazon Prime Video.

People, in 2045, have to live underground because a new Ice Age has begun on our planet and the few survivors try to maintain civilization while waiting for a better future. Its great challenges will focus on controlling diseases and producing enough food.

Two leaders will travel to colony V due to an emergency signal they received and after seeing that everything is full of blood they discover a message stating that they have fixed a weather machine and caused the ice to melt, but a group of cannibals are going to try to prevent them from arriving.

You can watch it on Amazon Prime Video through the following link.