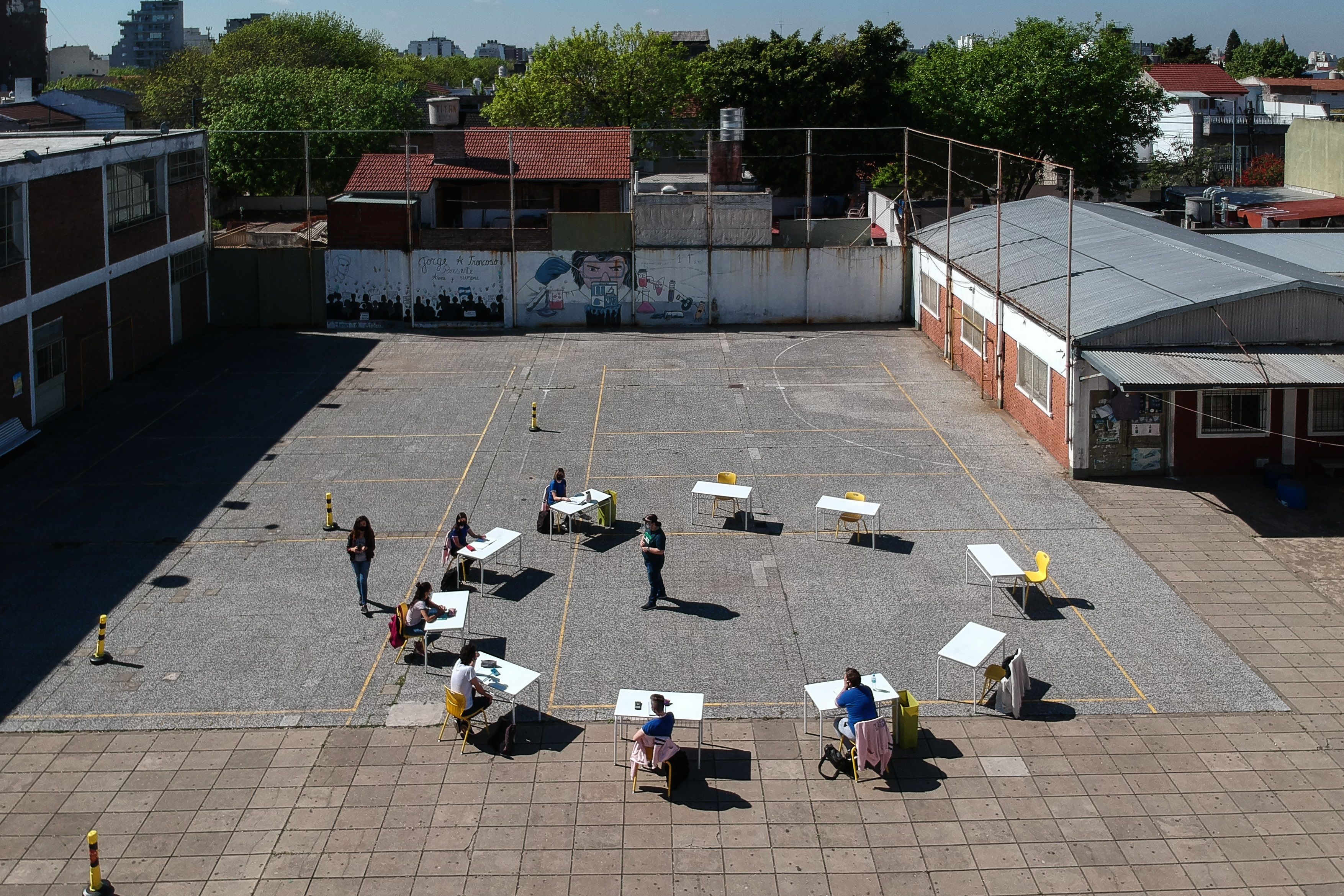 The Argentine government suspended face-to-face classes in the face of the first cases of covid-19 a week after the start of the school year, in mid-March. Two and a half months after the end of the school year, education authorities have authorized the reopening of schools in low-risk districts. In anticipation of the official announcement, adolescents joined the voices asking to return to the classroom: 72% said they want it, according to a survey conducted by Unicef ​​and Google.

The data is based on the responses of 852 adolescents between the ages of 14 and 19 who follow classes virtually in different provinces of Argentina. The authors of the report clarified that it is not a representative sample, but that its results are in line with other studies that are.

Students celebrate the flexibility of schedules that virtual teaching allows them (54%) and the incorporation of new digital resources (21%), but what costs them the most is maintaining contact only through the screens with their classmates (39% ) and with teachers (22%).

“There is always talk that boys live on social networks and that virtual contact is enough. All studies show that there is an impact on their mental health and that they need contact with one another. Even more so in adolescence, when the bond between peers is constitutive of identity. You learn a lot by sharing space, ”said Cora Steinberg, UNICEF’s education specialist, at the survey presentation. “Even the most lazy express the importance of going back,” he added. Only 9% of adolescents say they have “no desire”.

UNICEF works together with the Government to develop protocols that allow a safe reopening. “We know he is going to go back to a different school,” Steinberg warned. As anticipated, the plans contemplate a staggered round with a mixed modality: face-to-face meetings with small rotating groups of students and the maintenance of distance classes.

The Federal Council of Education approved this Thursday unanimously the new indicators that will govern to define the return to face-to-face classes and enabled each province to define the date in case of meeting the requirements. So far, there are only open schools in some rural communities in the provinces of Formosa, San Luis and La Pampa with no or very low circulation of the SARS-CoV-2 virus. In other regions of the country where return was attempted, such as San Juan, Catamarca and Santiago del Estero, a reversal was reversed when cases began to increase.

Argentina is currently going through the peak of the pandemic. This Wednesday the highest number of daily infections to date was confirmed: 16,447. Since March, the total of confirmed positive cases has risen to 840,915, of which 22,226 have died. Due to the current epidemiological situation, the teachers’ unions reject the reopening of the classrooms and ask, instead, that the Government improve the connectivity of those students without access to the Internet or technological devices.

“To return to face-to-face classes, there must be health conditions that do not exist at this time. We are experiencing a growth in cases in most of the provinces, not a drop, ”says Sonia Alesso, secretary general of the Confederation of education workers of the Argentine Republic (Ctera). Alesso highlights the work done by teachers in these months to adapt to a new teaching method unknown to them, an effort also applauded by almost four out of every ten students interviewed.

The return to classes has pitted the Macrista government of Buenos Aires against the national Executive, led by the Peronist Alberto Fernández. The proposal of the mayor of Buenos Aires, Horacio Rodríguez Larreta, to reopen schools for those students who have not maintained any ties with their teachers throughout the year was initially rejected, as well as the idea of ​​teaching outdoors.

However, the sharp opposition of the Argentine government began to crack days ago. The Minister of Education, Nicolás Trotta, declared on Sunday that “the vaccine is not necessary to return to school, but there must be objective data that allow us to take safe steps.” Two days later, the president of the Chamber of Deputies, Sergio Massa, assured that the students of the last grade of primary and secondary school “should go back to school.” The official authorization arrived this Thursday, but the final decision is in the hands of each province.

The rejection by the educational community has been visible on social networks and the facade of some schools. “The sanitary conditions are not in place to return to the classroom. We need computers and the Internet to continue learning from home ”, said one of the posters hanging on the door of the Mariano Acha school, in the Villa Ortúzar neighborhood, in September. “Connect so as not to get sick. Devices and connectivity for everyone ”, read another. Today, instead, those messages have been replaced by instructions for online registration for the 2021 course.

According to data from Unicef, 18% of Argentine adolescents do not have Internet at home and 37% do not have a computer available to do school work. These deficiencies are causing an increase in the educational gap, warns the agency, despite the alternatives implemented in recent months.

The return to face-to-face classes will be difficult without the backing of the influential teacher unions. Even without knowing the date, students believe that the pandemic will mark a before and after in education. 65% believe that technologies will be used “much more than before”, while others trust that some practices acquired in these months will be maintained, such as the explanatory videos of the teachers or the possibility of having the content of the subjects online to consult it when they need it.