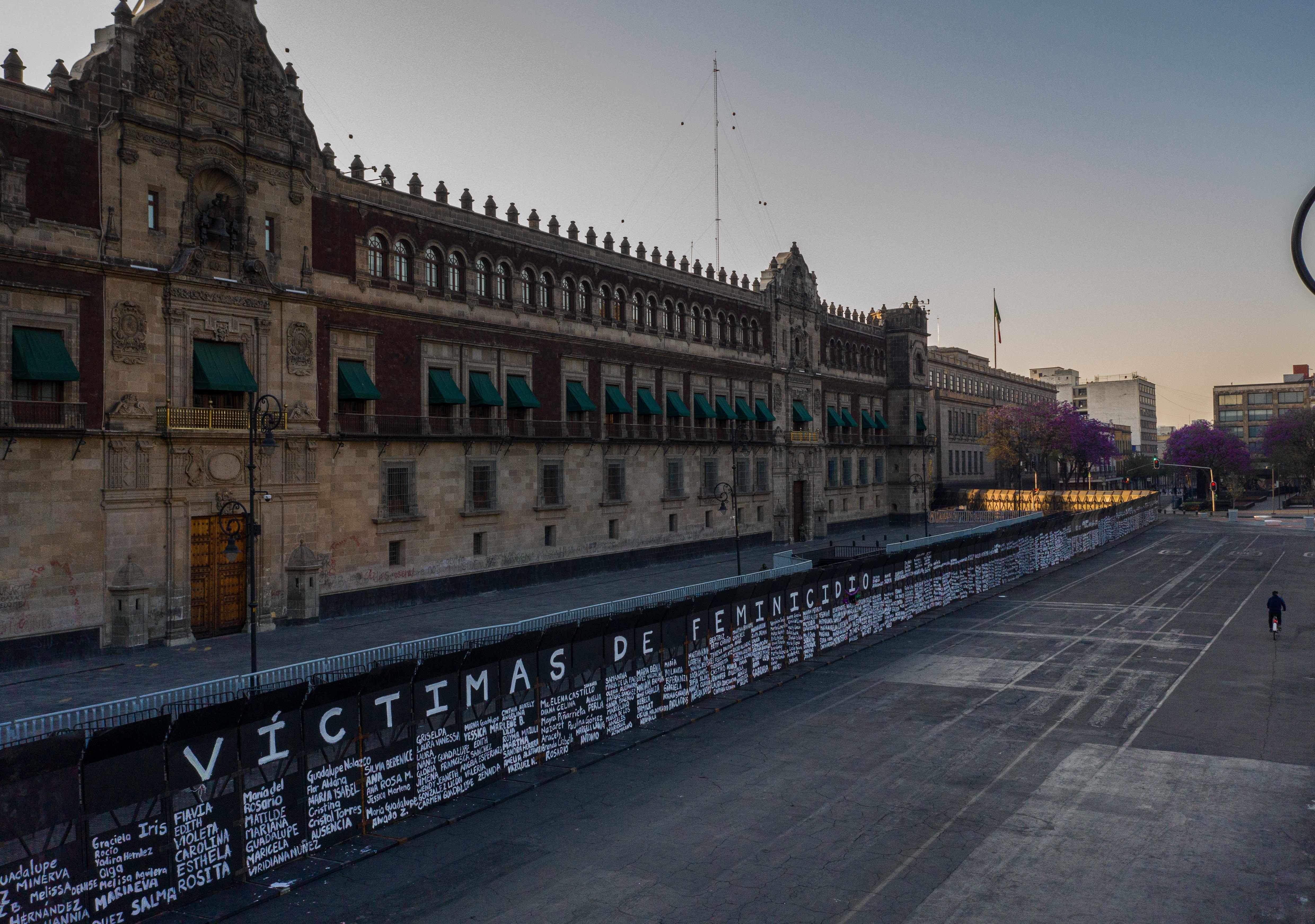 Violence against women in Mexico is a problem that everyone claims to perceive. No one is oblivious to the daily drama that leaves 10 fatalities on average because of machismo. Not to mention the violations, which the National Institute of Statistics estimates at hundreds of thousands a year. Nothing has changed much in this regard, say the citizens: 68% consider that gender violence has increased notably this last year and a similar percentage (62%) believe that the attitude of the president, Andrés Manuel López Obrador, towards the movements feminists is not being adequate.

This is the feeling of the population on the eve of 8-M, a date that in Mexico relegates other issues related to equality to fight in the street what they consider a priority: violence against women. A telephone survey carried out on the 4th and 5th of this month by the company Simo (Systems of Intelligence in Markets and Opinion) for EL PAÍS shows the discomfort of citizens in this regard, a problem of which women are still more aware than men .

Both consider that sexist violence is unacceptable, but the root of this problem and its consequences are not entirely clear among the population if some of the answers they offer are taken into account. Almost 30% of women still believe that if a man continuously mistreats his partner, it is her fault for allowing it. The perception that women are free to flee from abuse is still ingrained. At least, the vast majority reject the idea that women deserve such mistreatment.

The data indicate that there is a long way to go, but some aspects are catching on: 71% of those consulted know that poverty is not the determining factor for the development of violence, although this is the message they have sometimes heard from their President, who likes to relate the two problems. However, almost half of the population places alcohol and drugs as a trigger for abuse. Many times they go together, yes, but experts know that violence against women is something transversal that responds to ancestral motivations that modern societies have not yet rid themselves of. What has been baptized with one word: patriarchy.

Citizens are aware that inequality is evident in many aspects of life. They notice it in job opportunities, where women (57%) know they are discriminated against; in access to health services, in the opportunities for justice to condemn crimes (55% of those consulted note this inequality); 38% of women also feel that they have more advantages to make decisions about their body.

The numerous feminist demonstrations, in accordance with the serious gender problems that occur in Mexico, will have a culminating moment this Monday. Women’s Day was described as historic last year, with thousands of people crowding the route to the gates of the National Palace. On this occasion, the march is spurred by recent political events that have greatly displeased feminists, such as the maintenance of Salgado Macedonio as a candidate for governor of Guerrero by the government party. Accused of two violations, the man from Guerrero has had the unconditional support of the Prime Minister, against whom numerous co-religionists have revealed themselves. A huge fence protects the National Palace this year.

57% of women disagree or strongly disagree that the president is the most feminist of all those who have governed Mexico so far, something that his followers sometimes repeat. Men also reject that claim, albeit four percentage points lower. It is consistent with the answers they give when asked if López Obrador is acting appropriately against feminist movements. Slightly more than six out of ten consulted and almost six out of ten men reject the president’s actions in this regard.

As a result of fed up and continued and unpunished violence, feminist marches are always involved in controversy in Mexico, because activists paint the monuments with their complaints or break windows in their wake. These actions have been highly condemned from different levels of government, so much so that amid the noise of this debate sometimes the dramatic situation experienced by many victims in this country is lost. But certain messages are permeating, judging by the responses that this survey reflects: despite considering the violence suffered by women as very serious, a very high 48% of citizens condemn the movements or groups that organize these protest marches.

More than a quarter of the population (22% of women and 34% of men) do not know what is commemorated on March 8, which still indicates the existence of extensive misinformation about feminism and equality. And despite the enormous rise of the movement in recent years, something that has never been experienced in Mexico and that proves the progress of citizenship in this regard, 86% of women have never participated in these public demonstrations. And they won’t this year either. The estimates for the follow-up of unemployment, called for March 9 but perhaps less noticeably than in 2020, are similar.

The messages that emanate from politics, especially from a president who addresses the population every day from his morning conference, are transcendent. Proof of this is the presence of women in public office, one of the flags that López Obrador constantly flies when asked about the government’s feminism. In this chapter, equality seems to be making its way since the vast majority believe that the exercise of politics is a matter for both sexes and six out of ten consulted are indifferent if the candidates are men or women.

The 8-M arrives this year wrapped in an electoral campaign process. The elections to be held in June will elect almost 20,000 public positions among mayors, councilors, deputies and governors. One opinion stands out for its broad consensus: 75% of those consulted think that Salgado Macedonio should not compete for the governorship of Guerrero. Despite this, Morena, the government party, continues to lead in the intention to vote, with 31%, compared to its immediate competitor, the PAN, which is the favorite of 15%. Added to PAN, PRI and PRD, the alliance formed to combat Morena, they are not able to overcome it: they add up to 25%. This, despite the fact that the assessment of the president’s management of feminist movements is notably negative. Even 59% of men consider that the president does not act adequately, while that assessment rises to 66% among women.