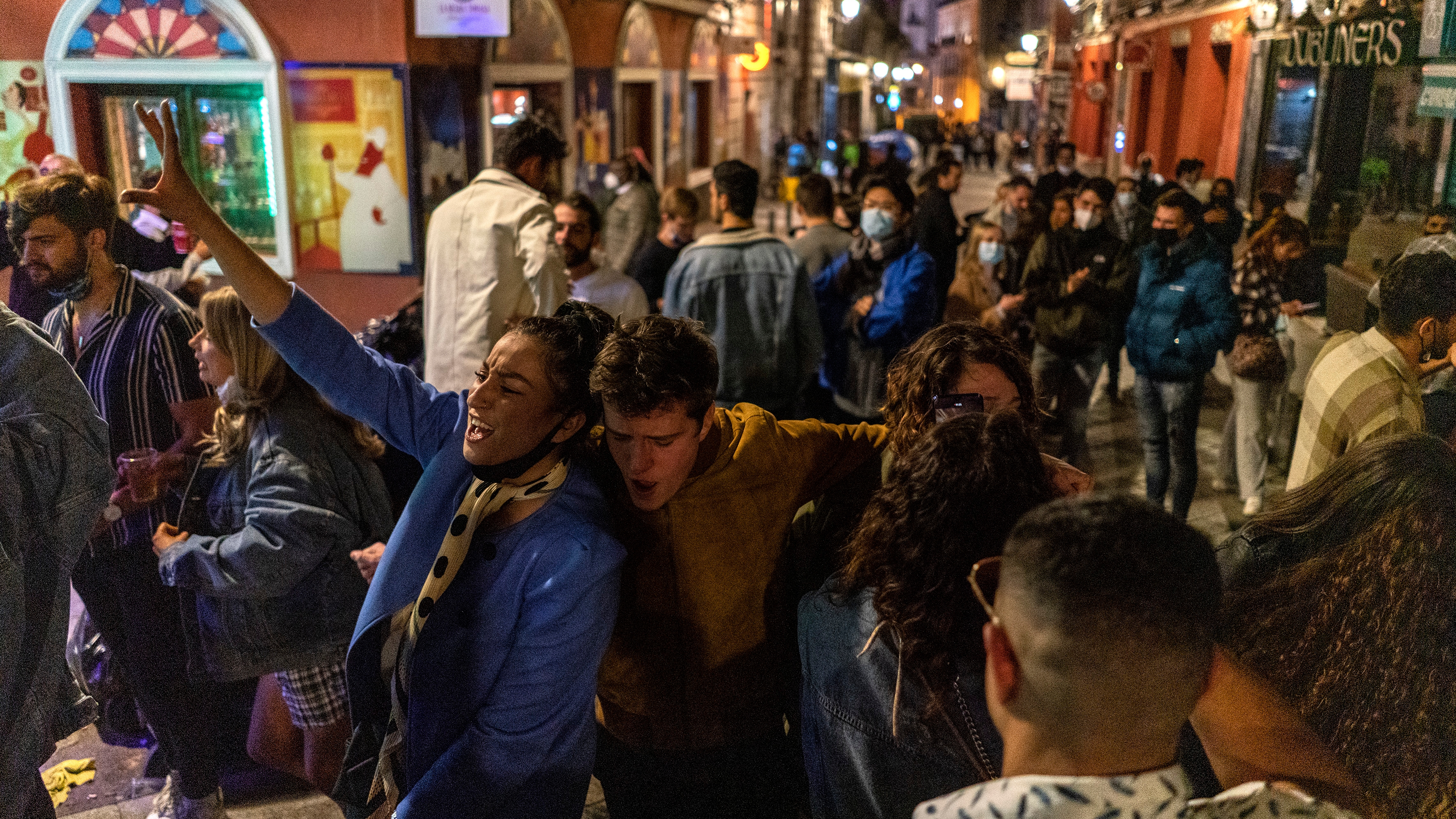 Around 6.2 million people from Madrid live in an area with high or very high risk of transmission of the virus. The latest update of the epidemiological situation of the community, of this Tuesday afternoon, reflects that 91% of the basic health areas in the region are above the highest levels of danger according to the semaphore of the Ministry of Health – high risk, from 150 cases per every 100,000 inhabitants in the last 14 days of accumulated incidence (AI), and very high risk, from 250—. In the capital, that percentage grows to 96%. “The population of these areas corresponds to 92% of the entire population of Madrid,” says Gloria Hernández Pezzi, former head of the Epidemiological Surveillance Service at the Carlos III Health Institute.

The region, with an upward curve for two weeks, returned on Monday to be placed in the daily statistics of the ministry above the 250 of IA at 14 days, and rose two points on Tuesday, with 257. The seven-day incidence, a marker that makes it possible to establish a certain forecast for the following week, does not indicate a favorable evolution, with 144. The various factors of these days do not indicate in that direction either. The Easter holidays – only in the educational system these days will be holidays for about 1.5 million of people, among students, teachers and other staff—, tourism and the fatigue of citizens, the so-called pandemic fatigue that the WHO coined in 2020 and that affects a large part of the population. More the greater the impact of the virus.

Madrid is now the fourth territory with the most cases, behind Melilla (492), Ceuta (282) and Navarra (281). In this last community, the interior of the bars and restaurants will be closed from this Thursday until April 8 to stop the expansion of the covid. A recommendation agreed last Friday between the autonomous communities and the ministry in the Public Health Commission for places with an AI above 150 and to which, for the moment, the Executive of Isabel Díaz Ayuso has refused.

On Monday, in statements to Telecinco, the Minister of Health Enrique Ruiz Escudero affirmed that a “very small” percentage of infections occurs in the hotel industry; despite the fact that the traceability of coronavirus cases in Madrid is of the 56.2%, according to weekly monitoring reports of the main covid indicators. In other words, the Community finds out where only half of the new infections come from; some percentages in which four other autonomies or autonomous cities such as Catalonia, Aragon or Melilla move.

British variant slows down its expansion

The analysis of the epidemiologist Gloria Hernández of the update of the Community data, which is closed every Sunday, compares the evolution with respect to the previous week of those areas associated with the population served by each health center: “86% were at a high level of risk of transmission (very high and high) compared to the current 91% ”. He adds that “the maximum incidence figure in the previous week (382), has been exceeded in 19 basic health areas, one of them being above 500 (Pozo Tío Raimundo, with 514), and the median incidence, which was 214, is now 241 ”. Regarding the city of Madrid, growth has gone from “91% to 96%, with figures higher than those of the Community as a whole”.

The British variant, more contagious, is one of the variables that the Ministry of Health takes into account weekly to analyze the situation. For the first time since their presence data on total infections began to be published, the third week of January, that percentage has decreased compared to the previous week, from 67.5% to 59.6%, according to the epidemiological bulletin. of this Tuesday. Although, the report also indicates, they are “preliminary data.”

Regarding the outbreaks – this is considered the grouping of three or more cases with active infection in which an epidemiological link has been established outside the homes unless they have special characteristics or spread outside the homes – the figure low compared to the previous week, from 76 outbreaks and 376 associated cases from March 15 to 21 to 58, with 322 associated cases, from March 22 to 28. The social sphere is the one that registers the most, with 16 outbreaks and 89 linked infections; The relative follows him in several addresses, with 14 and 72, respectively; and educational, with 13 and 80, respectively.

In the accumulated, in isolation, the workplace is the place where more occur, with 351 outbreaks and 1,841 infections; followed by social, with 350 and 2,295; and education, with 307 and 1,898. If you join the social and the mixed – something that the bulletin does in a footnote to detail which spaces each area corresponds to, and for these two are, among others, weddings, funerals, shops or transport – the result is 539 outbreaks accumulated with 3,765 infections.

By number of linked infections, it is still the environment of social and health centers – residences for the elderly, minors, disabled persons, other residences, day centers, occupational centers, etc. – those that have the most accumulated, with 273 outbreaks there are 4,360; despite the fact that the immunization of this population already allows us to see the results: last week there was no outbreak and the previous one was one, with five linked cases. It is vaccination, as the Deputy Minister of Public Health Antonio Zapatero insists weekly in Health press conferences, “the best tool” to stop the virus.

Madrid has immunized 5.05% of its population, 342,872 people. Of the 1,128,405 doses received, the Community has administered 1,026,074 until Tuesday, 90.9%, according to the daily statistics of the ministry. A pace that will slow down in the next four days. The regional Executive paralyzes the vaccination of people over 80 years of age and large dependents from Thursday to Sunday because the appointment and administration of these two groups is done in health centers, which will be closed on the next holidays, which will mean stopping the injection of the vaccine to a priority group, such as those over 80 years of age, in which still four out of ten older people do not have the first dose.