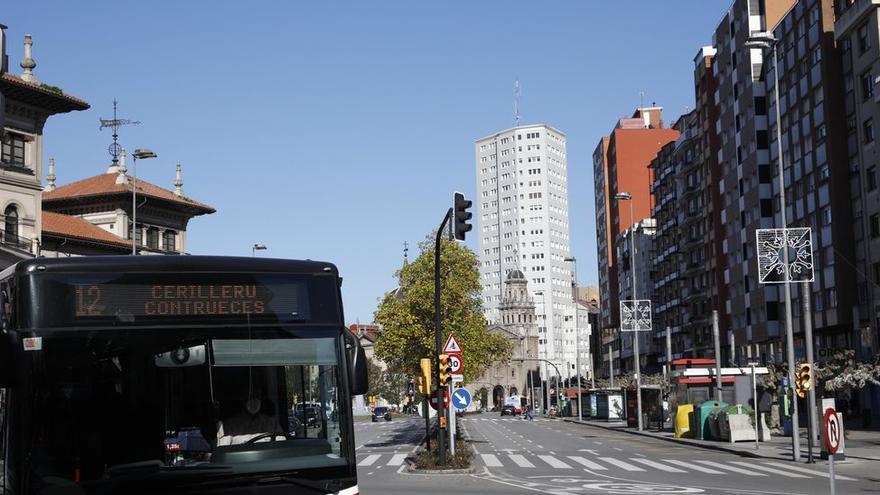 One 61-year-old man and neighbor of Oviedo has been arrested in Gijón for a crime of sexual abuse after touching, supposedly, a minor when the affected one was going to school on the urban bus. This individual, who has several records for crimes against freedom and sexual indemnity as well as robberies, tried to prevent the young woman from getting off at a stop and the next day he tried again when he knew her route and usual schedule.

The investigation began after the complaint filed by the mother of the minor, who is 16 years old. The events described related how an individual had approached his daughter on the bus that took him to her educational center and how he had touched her buttocks with a lustful spirit. It was eight o’clock in the morning, explain sources from the El Natahoyo police station, when the minor, dressed in a uniform, felt that it was her turn just as she got off at her stop. “When he wanted to move away, the man grabbed her by the hand to prevent her from leaving him, in an intimidating attitude”, describe the same sources. Despite this, the young woman was able to escape and go to her educational center without this man following her.

The next day the scene was repeated. The man resumed his same intentions and tried to approach her on the scheduled bus, but the affected person recognized him quickly and this time he was able to react in time to get out of the vehicle before he started to touch her again in a “rude and inconsiderate” way, the investigators explain. As a result of the repetition of these events, considered as a crime of sexual abuse, the girl’s mother filed a complaint at the El Natahoyo police station, which led to the Family and Women’s Unit (Ufam) of the Brigade of Judicial Police establish a device to locate the suspect.

Also Read  In China, conspiracy theory is retaken that the coronavirus was created in a United States laboratory

Shortly before the Christmas holidays, the agents accompanied the minor during her journey to school. About 7.45 am, the police located this man from Oviedo at the stop where the complainant began her journey. “They realized that their attitude was not like that of another traveler,” police sources explain. Little by little he repeated behavior, getting closer and closer to the young woman until she took a hand out of her jacket pocket with the intention of touching the minor, at which point he could be intercepted by the agents, who ended up detaining him.

The history of this 61-year-old individual is extensive. And to the previous crimes against sexual freedom and indemnity are added others for robberies. During this operation, in addition, a knife that was carried in one of the pockets of his jacket was intervened. The crime can carry penalties of one to three years in prison.

What happened to this young woman on a bus is not unusual behavior. A year ago a man from Gijón he was sentenced to one year and six months in jail for also touching a young woman on a bus. The defendant was 20 years old and the affected one, whom he did not know previously, one less.

And this year, in March, another 59-year-old individual was also arrested after taking photographs of a minor under his skirt while riding on a municipal bus. This man also He even sent one of the images by WhatsApp to a friend of his, for which they were attributed to crimes against privacy, discovery and disclosure of secrets. In the latter case, it was two female passengers who realized what he was doing and managed to stop the bus until the arrival of a police patrol who proceeded to arrest him.