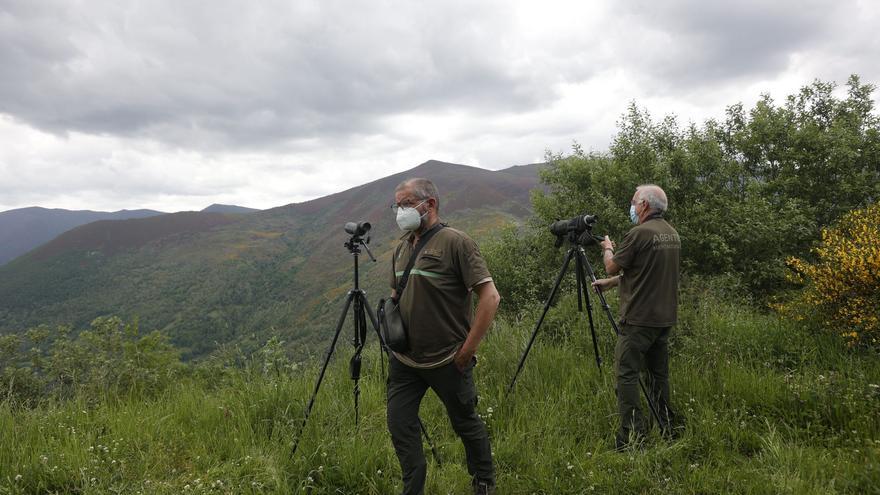 An old woman who used to walk after dinner on a road near her house in the Cangas del Narcea region was run over by a bear that caused various injuries to her face and hip, as a result of which she had to be hospitalized. I say run over because it is the verb that best describes the event after having read and heard the news in various media. In most versions the verb attack is used as if the bear had deliberately attacked the old woman to harm her, a circumstance that in any case is considered exceptional since in recent decades there is no data on similar events. As is often the case, the testimonies of people close to the scene differ greatly and while some claim to have seen how the bear tried to drag the old woman before they managed to make him flee with their screams, others confess to having seen a bear wandering the road looking disoriented. At the time I send this article to the press, the animal has not yet been located and, therefore, we do not know if it is male or female, if it is a calf or an adult, or if it is a specimen as large as those that killed Juan Díaz-Faes knife, also known as Xuanón of Cabañaquinta, that 1.93-high bigard who was a hunting companion of Alfonso XIII, a king who liked both the mountains and the beautiful mountains. The brown bear and the wolf are two animals that became myths as they disappeared physically decimated by excessive hunting and by the unstoppable advance of human colonization. However, in recent years environmentalists had managed to free them from their final extinction by implementing conservation measures in some territories where their indiscriminate hunting was prohibited. The very modest rebound in the bear and wolf population led to protests by ranchers who denounced not only the increase in attacks on their herds, but also the slowness of the bureaucracy in compensating for the losses. From Galicia to the Pyrenees, the entire mountain is a territory conducive to the breeding of bears and wolves, which have recently become a tourist attraction through the creation of routes that allow their observation from a safe place. To avoid – I suppose – unpleasant episodes, such as King Favila’s death by a bear, back in the legendary times of the Asturian monarchy. When I went to live on the street of Santa Susana, right in front of the San Francisco park, in Oviedo, they were no longer in their cage Paca Y Tola, the two bears that, together with the pre-Romanesque monuments and the cathedral, were the most important tourist attraction in the city. The truth is that I did not care too much. Seeing two bears imprisoned is quite a sad sight. Better in freedom and in the mountains. Now we just have to hope that the lady run over by the bear recovers soon from her injuries.