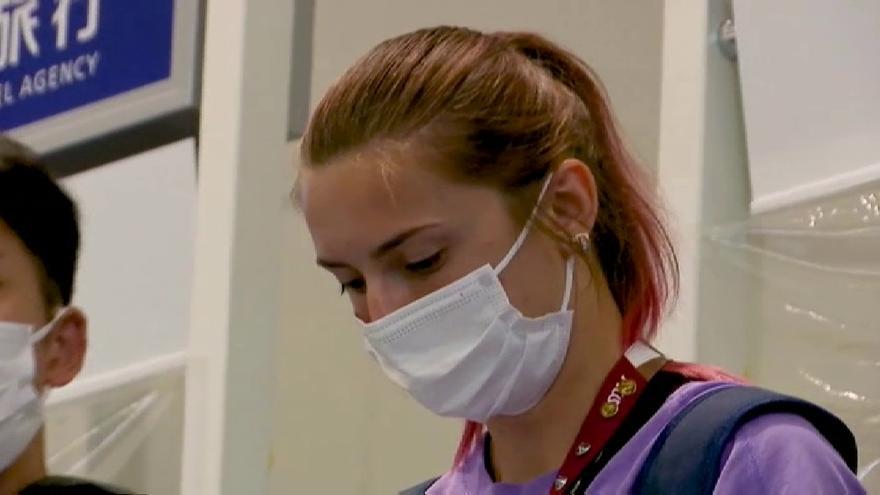 Belarusian Olympian Krystsina Tsimanouskaya has denounced that the authorities of her country are forcing her to leave Japan against his will and is afraid of ending up in jail after criticizing his own Olympic committee, led by the son of the country’s president, as the athlete herself has warned in a video posted on social networks.

“I ask the International Olympic Committee for help. They are trying to get me out of the country without my permission and I am asking the IOC to get involved“According to a video recorded on Telegram and verified by the BBC chain. Shortly after, the IOC has taken note of the athlete’s request and confirmed that it is already studying the situation with the relevant authorities.

It should be remembered that the president of this committee is Viktor Lukashenko, son of the country’s president, Aleksandr Lukashenko, and that both were sanctioned in December by the IOC and banned from attending Tokyo 2020 during an investigation into allegations of political discrimination against athletes.

The Belarusian President he is accused of manipulating the last presidential elections and employing authoritarian tactics to silence his dissidents. Months after the elections, more than 1,500 Belarusian athletes published an open letter demanding the convening of new elections and the immediate end of the police repression against the opposition, which by then had already been organizing street protests against the victory of Lukashenko, which the European Union has refused to recognize.

In fact, the IOC announced in March this year the decision to not recognizing the choice of Viktor Lukashenko leading the Belarusian committee and maintaining the December exclusion from all events related to the organization.

Criticism of the committee

The 200 meter h runnerShe had previously voiced her criticism of the Belarusian committee for forcing her to run in a relay event on short notice. The Belarusian Olympic team later announced that she had been withdrawn from competition due to her “emotional and psychological state”.

The athlete, according to the Belarusian journalist Tadeusz Giczan, would have started the procedures to request asylum in Europe, but this information could not be independently confirmed. The athlete left the airport police station at around 1:15 am local time and would now be in a “safe place”.

In a previous interview with the Belarusian radio station ERB, the athlete confirmed with a resounding “yes” that she was afraid to return to Belarus, where she denounced that she had been the subject of numerous threats after criticizing the national Olympic committee.

“I am not afraid of being kicked out of the national team, I fear that in Belarus they may imprison me. Officials say that the order to get rid of me came from above,” he told the Tribuna media.

The IOC contacts to assess the situation

The IOC has reported through its Twitter account that it has already has been in direct contact with the athlete to study her situation, with a view to a decision in the next few days.

“Both the IOC and the Tokyo 2020 organization have spoken directly with Krystsina Tsimanouskaya tonight. She is with the authorities at Haneda airport and is currently accompanied by a Tokyo 2020 staff member. She has told us that she feels safe.” the international Olympic authorities have explained.

“The IOC and Tokyo 2020 will continue their discussions with Tsimanouskaya and the authorities to determine the next steps in the coming days,” the statement added. Similarly, the IOC has also contacted the Belarus Olympic Committee to clarify what happened to the athlete.