NEWS — This morning, President JOE BIDEN and VP KAMALA HARRIS spoke by phone with CHERELLE GRINER, the wife of WNBA star BRITTNEY GRINER, who is imprisoned in Russia. They sought “to reassure her that he is working to secure Brittney’s release as soon as possible,” the White House said. Biden also read Cherelle a draft of a letter he is planning to send to Brittney today, in response to the handwritten letter she sent him this week.

THE LATEST IN ILLINOIS — “Bail was denied for the Highland Park mass shooting suspect Wednesday as prosecutors disclosed that” the suspect “confessed to firing more than 80 shots from a rooftop during the July 4 parade, then apparently fled to Wisconsin with plans of shooting more people,” the Chicago Sun-Times’ Andy Grimm reports.

WHO’S TALKING — The Jan. 6 committee has reached a deal to secure testimony from PAT CIPOLLONE, the former Trump White House counsel, this Friday, NYT’s Maggie Haberman and Luke Broadwater report. The interview will be videotaped and transcribed. Cipollone is not expected to testify publicly. “The agreement was a breakthrough for the panel, which has pressed for weeks for Mr. Cipollone to cooperate — and issued a subpoena to him last week — believing he could provide crucial testimony.”

— What to expect: “People close to Mr. Cipollone have repeatedly cautioned that concerns about executive privilege and attorney-client privilege could limit his cooperation. But committee negotiators have pressed to hear from Mr. Cipollone and PATRICK F. PHILBIN, who was his deputy in the White House.”

— What Cipollone has previously said: “In April, Mr. Cipollone and Mr. Philbin both appeared for informal interviews with the panel on a limited set of topics, according to an agreement reached by their representatives and representatives for Mr. Trump. … The agreement said that the two men could not discuss conversations they or others had with Mr. Trump, other than one discussion in the Oval Office with Mr. Clark in a pivotal meeting on Jan. 3, 2021. However, both were permitted to discuss the timeline of where they were, with whom they met and conversations they had on Jan. 6.”

Remember: CASSIDY HUTCHINSON testified that Cipollone said, “We’re going to get charged with every crime imaginable,” as Trump indicated his desire to appear at the Capitol with his supporters on Jan. 6. She also said Cipollone pressed then-COS MARK MEADOWS to do more to quell the riot at the Capitol as it was unfolding.

GRAHAM GOES TO BAT — Sen. LINDSEY GRAHAM (R-S.C.) will challenge the Fulton County special grand jury’s subpoena in its investigation into Trump’s attempts to influence the Georgia election results, CBS’ Scott MacFarlane reports. “This is all politics,” Graham’s attorneys said in a statement. “Fulton County is engaged in a fishing expedition and working in concert with the January 6 Committee in Washington. Any information from an interview or deposition with Senator Graham would immediately be shared with the January 6 Committee.”

A message from Meta:

The metaverse may be virtual, but the impact will be real

What if students studying the Jurassic period could roam with the dinosaurs instead of just reading about them in a textbook?

In the metaverse, a more interactive and engaging education will be possible.

Learn how Meta is helping build the metaverse.

WOWZA — Rolling Stone’s Kara Voght and Tim Dickinson land a major scoop: “At an evangelical victory party in front of the Supreme Court last week to celebrate the downfall of Roe v. Wade, a prominent Capitol Hill religious leader was caught on a hot mic making a bombshell claim: that she prays with sitting justices inside the high court. ‘We’re the only people who do that,’ PEGGY NIENABER said.”

“This disclosure was a serious matter on its own terms, but it also suggested a major conflict of interest. Nienaber’s ministry’s umbrella organization, Liberty Counsel, frequently brings lawsuits before the Supreme Court. In fact, the conservative majority in Dobbs v. Jackson Women’s Health, which ended nearly 50 years of federal abortion rights, cited an amicus brief authored by Liberty Counsel in its ruling. In other words: Sitting Supreme Court justices have prayed together with evangelical leaders whose bosses were bringing cases and arguments before the high court.”

“She spoke to a livestreamer who goes by Connie IRL, seemingly unaware she was being recorded. ‘You actually pray with the Supreme Court justices?’ the livestreamer asked. ‘I do,’ Nienaber said. ‘They will pray with us, those that like us to pray with them.’ She did not specify which justices prayed with her, but added with a chortle, ‘Some of them don’t!’ The livestreamer then asked if Nienaber ministered to the justices in their homes or at her office. Neither, she said. ‘We actually go in there.’”

The pushback: “Nienaber intended her comments, broadcast on YouTube, to be ‘totally off the record,’ she says in the clip. That’s likely because such an arrangement presents a problem for the Orlando-based Liberty Counsel, which not only weighed in on the Dobbs case as a friend of the court, but litigated and won a 9-0 Supreme Court victory this May in a case centered on the public display of a religious flag. The Supreme Court did not respond to a request for comment. Liberty Counsel’s founder MAT STAVER strenuously denied that the in-person ministering to justices that Nienaber bragged about exists.”

But, but, but: ROB SCHENCK, the founder of the ministry who left in 2018, tells RS that he had “forged ministry relationships with SAMUEL ALITO, CLARENCE THOMAS, and the late ANTONIN SCALIA, saying he would pray with them inside the high court.”

WHAT COMES NEXT — State supreme courts are emerging as the “next front line in the country’s partisan warfare” in the wake of the overturning of Roe v. Wade, NYT’s Michael Wines writes. Two things are shaping what the contours of this arena will look like: “The increasing political pressure on justices — and the rightward drift of some courts — suggests that options for abortion rights advocates to soften the impact of the federal abortion ruling may be limited. It also reflects how partisan politics is emerging as a driving force in how some justices rule.”

IN THE KEYSTONE STATE — “In what analysts are calling an unprecedented move in an era of extreme hyperpartisanship, a group of Republican leaders — including a number of former officials who have been stalwarts of Pennsylvania’s GOP establishment for decades in Harrisburg and D.C. — is bucking their party to endorse Democrat JOSH SHAPIRO for governor” over GOP nominee DOUG MASTRIANO, the Pittsburgh Post-Gazette’s Julian Routh reports. Among the endorsers: former Reps. CHARLIE DENT and JIM GREENWOOD.

IN WITH THE NEW — NYT’s Jennifer Medina sits down with newly elected Rep. MAYRA FLORES, a Texas conservative who is “shunning moderates, embracing the far right and wearing her support for Donald J. Trump on her sleeve — more MARJORIE TAYLOR GREENE than KAY BAILEY HUTCHISON.” Although Flores is seen as somewhat of an underdog to be reelected in the traditionally Democratic 34th Congressional District, she is one of three Latina Republicans — along with MONICA DE LA CRUZ and CASSY GARCIA — who have “given rise to a new brand of Texas Republicans” in the era of Trumpism.

Plus, there’s this little tidbit: “In an interview in her still-barren office the day after her swearing-in ceremony, Ms. Flores was asked whether she considered Mr. Biden the legitimately elected president. ‘He’s the worst president of the United States,’ she said. When asked three more times whether Mr. Biden had been legitimately elected, she repeated the same nonanswer.”

DISINFORMATION DIGEST — The recent dissolution of a special DHS panel to fight disinfo has “underscored how deeply partisan the issue has become in Washington, making it nearly impossible to consider addressing the threat,” NYT’s Steven Lee Myers and Eileen Sullivan write. The stakes: “The failure to act, according to experts, has left openings for new waves of disinformation ahead of November’s midterm elections — and even for violence like the racist massacre at a Buffalo supermarket in May, which was motivated by a baseless conspiracy theory that global forces aimed to ‘replace’ white Americans with immigrants.”

A message from Meta: 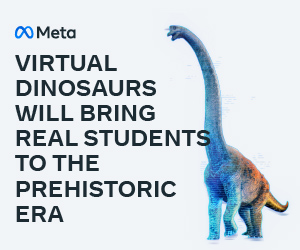 AMERICA AND THE WORLD

HAPPENING THIS WEEK — Foreign ministers are gathering in Indonesia this week for a G-20 meeting, but AP’s Matthew Lee writes that “instead of providing unity, the talks may well exacerbate existing divides over the Ukraine conflict.”

The dynamics: “Secretary of State ANTONY BLINKEN, Russian Foreign Minister SERGEY LAVROV and Chinese Foreign Minister WANG YI are set to attend the Group of 20 meeting in the Indonesian resort of Bali, which will set the stage for a summit of G-20 leaders at the same venue in November. It will mark the first time Blinken and Lavrov have been in the same room, let alone the same city, since January.”

THEN THERE’S THIS — “U.S. counterintelligence officials are stepping up a campaign to warn state and local government leaders and business executives about what they see as China’s increasing use of overt and covert means to influence policy-making,” WSJ’s Kate O’Keeffe and Warren Strobel report. “A notice, to be released Wednesday by the U.S. National Counterintelligence and Security Center, cites an aggressive, escalated campaign by China to lobby and otherwise influence state, local, tribal and business leaders as tensions with Washington rise.”

CLIMATE FILES — Things are growing dire in the West as climate change and worsening drought conditions have driven water stores to dangerously low levels. Now, California and six other states in the region are trying to cut a deal to dramatically reduce their consumption of water from the Colorado River. “If they don’t, the federal government will do it for them,” Lara Korte writes from Sacramento. “A federal Bureau of Reclamation ultimatum last month … reopens years of complicated agreements and political feuds among the communities whose livelihoods depend on the river. The deadline represents a crucial moment for the arid Southwest, which must now swiftly reckon with a problem that has been decades in the making.”

MEDIA MOVES — Anthony Cormier, Jason Leopold, Kendall Taggart and Alex Campbell are joining Bloomberg’s investigations team. Cormier, Leopold and Taggart will all be senior investigative reporters and come from BuzzFeed. Campbell will be a team leader and also comes from BuzzFeed.

TRANSITIONS — Patrick Pannett is now director of industry comms with the Consumer Technology Association. He previously was VP and special projects director at Ogilvy. … Danisha Craig is now Senate legislative affairs advisor for the Energy Department’s Office of Congressional and Intergovernmental Affairs. She previously was a legislative assistant for Sen. Richard Blumenthal (D-Conn.). … Winston Kirton is joining BakerHostetler as a partner on its FDA, products promotion and defense team. He previously was a partner at Winston & Strawn. …

… Mike Meirovitz, Erin Storer and Anthony Esteban are joining the Council for Responsible Nutrition. Meirovitz will be director of government relations, Storer will be manager for scientific and regulatory affairs and Esteban will be a membership associate.

WE WANT TO HEAR FROM YOU: Please take a short, 1 minute survey about one of our advertising partners.