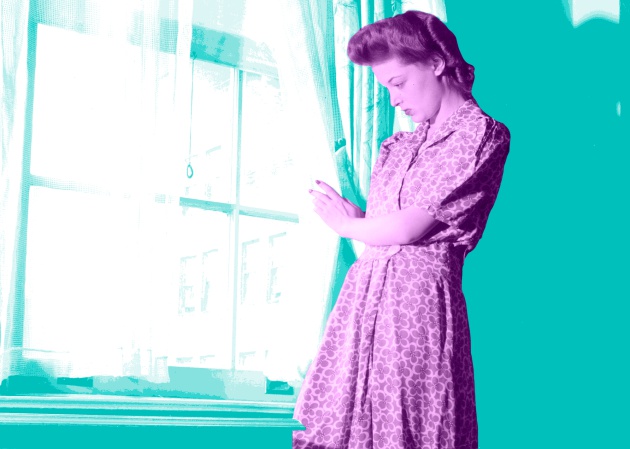 I’ve been thinking for a few days that it will soon be a year since I started teleworking. One year since our lives changed. The day before I converted my house into a second workplace we did a test in the newsroom, we worked as if we were remotely. I said goodbye to my colleagues Verne as if such a thing, as if in fifteen days we would be together again. Some I have not seen in person since.

It was in March when the editors of Indigo Publishers opened the call for the stories that make up the three volumes of Closure Journals, an anthology of intimate diaries of women from Spain and Latin America (available only in digital format). “When the mandatory confinements began, everyone started doing things on the Internet,” Marina Hernández, the publisher’s co-founder, tells me by email. “We wanted to offer something that would last, that was not a free workshop or a series of resources – which in fact, we did as well – but something that could last and at the same time reflect an unprecedented historical era.”

Between March 20 and April 15, the time in which those interested could register in this initiative, they received 105 applications, of which they selected 57, although one of them could not get published. They had already made a summons on another occasion (with The stranger that I am), but this time “we were surprised to receive testimonies from a much wider variety of women. In The stranger that I am we were mostly white western women; in Lockdown diaries That class perspective was broadened, ”says Hernández. The authors have narrated their experiences from Chile, Argentina, Uruguay, Ecuador, Colombia, Venezuela, El Salvador, Nicaragua, Guatemala, Mexico and Spain.

These diaries, divided into three volumes, involved a work of 7 or 8 months. “The reading and selection task was difficult because we were talking about 1,500 pages of cold reading,” explains Hernández, who lives in Mexico. “That task was done by my partner Carla Santángelo (who lives in Valencia) and me. Afterwards we corrected and edited the selected ones and Adriana Zea (resident in Mexico) helped us to review ”. Mentioning the countries where they are located is no accident: just as the anthology addresses confinement from different parts of Spain and Latin America, so the publisher does. The cover designer, Fernanda Cid, lives in Argentina; the editorial production team, made up of Sam Rivera and Beatriz Urbán, resides in Madrid.

Also Read  Love is a demon

The initial intention was to publish 20 stories, although they had already planned that there could be more: “As we already knew that this could happen, and since the distribution of international books is difficult and expensive, from the beginning we thought about a digital version. In fact, even the price of the book (4 euros each volume, 9 euros if the three are bought together) was decided thinking about promoting the widest possible diffusion and that many people in other countries could access it, ”says Hernández.

The call asked for some requirements: “Apart from the technical questions of length and format,” says Hernández, “we asked them to practice the intimate gaze and focus on one or two topics, instead of writing about absolutely everything that happened to them or they saw. . That is why there are newspapers focused on the body, on death, on the home, on others … In general, we find many similarities in almost all the newspapers: surprise at what was happening, fears of many kinds (family deaths, precariousness work, even living in the same house as your aggressor …) ”.

Given those requirements, the stories surprised them. They say that many stories are difficult and that, for example, two of the authors died of covid, which “had a great emotional impact on them,” Hernández explains. “In general, it happened to us that we not only saw the stories as writing or literature, but the narration of what was happening to us as women in a very rare time in history and that took many things ahead. So it was impossible not to get involved on a more intimate level. Many authors were friends (or have ended up being) because the art of editing autobiographical books makes it impossible for you not to see the people behind the texts, ”says the editor.

WE HAVE BEEN WORKING IN …

Purchased applause, invented trips and portraits: this is how the ‘influencers’ of the past got followers. Fame in networks has a lot of novelty. But even so, during the last three centuries (at least) and before Instagram we can find people obsessed with celebrity, to the point of inventing all kinds of stories, as well as an audience eager to follow the adventures of their idols and , as far as possible, imitate them.

The real estate market, seen from a wheelchair. “I have called individuals and real estate portals, but they all told me no. That they did not have that type of apartment, “complains Alicia, for whom her concerns do not have to do with finding a cheap, central and bright apartment, but with everyday things, such as entering through the door, reaching for the switches, moving around the hallway, take a shower or prepare food. They are characteristics as necessary as they are difficult to find in a real estate park as old as the Spanish one, with an average age of 44 years.

Radiography of racism in Spain. More than half of the racialized population in Spain (51.8%) state that they have felt discriminated against in the last year.

The series recommended by language teachers, according to your level. You can perfect your French, German, Chinese, Japanese, Portuguese or Russian while having fun in front of the television

… AND WE HAVE LIKED TO READ

1. And Nevenka Fernández took the floor (THE COUNTRY). In 2001, Nevenka Fernández narrated before a court humiliations and intimate episodes. He won the trial. The then mayor of Ponferrada and superior of Nevenka, Ismael Álvarez (PP), was convicted and resigned. Thousands of people demonstrated after the conviction to support him and condemn her, who had to leave Spain because no one gave her a job. And disappeared. 20 years later, Nevenka Fernández breaks her silence.

2. Is TikTok biased against curvy, non-white bodies? A lingerie brand claims this is so (The Lily, in English). It is not the first time that the TikTok behavior regarding the physical appearance of the people who upload content to the platform. This time it is a bodypostive lingerie brand that explains what is happening to them when they upload certain content: in a thread, the company shows how the platform has taken down different videos, such as one with black women in large sizes or a video with a young black woman talking about lingerie. A similar video but with a young white woman was not removed.

3. He found by chance the portrait of the suffragette Susan B. Anthony in the attic of the building he bought in Geneva (New York) (The New York Times, in English). This is what happened to David Whitcomb: he bought a building to expand his business and in the attic he found a treasure trove of portraits from more than a century ago, including that of the suffragette. He thinks that place could have been the studio of photographer James Ellery Hale.

4. It is Tweet: “Bette Davis gets divorced. ‘Read too much’, says the husband.

THIS MUST BE HEARD

The podcast of The ruin It has a very simple premise: tell embarrassing anecdotes that have happened to you. Each program features a guest comedian who tells of his ruin, and then people from the audience come out to tell theirs. Each episode lasts about an hour, but it flies by because the people are hilarious.

Just like Russian dolls hide other dolls inside, our newsletter carries stories of real and diverse women, debates, activities and reading recommendations. La Matяioska is Verne’s fortnightly newsletter in which we share all these topics with you.