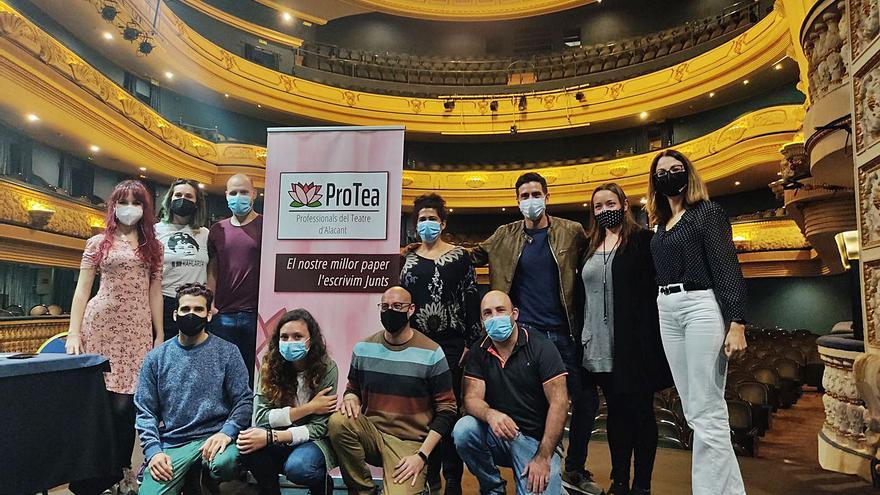 Its official presentation should have been last year, but the pandemic prevented it. Howeveror, ProTea (Professionals of the Theater of Alicante) Instead of also postponing his activity, what he did was reinforce it at a very difficult time for the performing arts. Throughout this year, this association of professionals from the theater sector, chaired by the actress Roo Castillo, has sought the union of synergies to optimize management with the administrations and seek solutions to the general problems of the profession, but also to the individuals of the province.

During this time, important steps have been taken: a directory of Alicante professionals and a catalog of the shows offered by the companies have been created; In March 2020, the Table of Professionals of the Performing Arts of the province of Alicante was constituted with representation of groups of the Valencian Community and the Festival of Performing Arts of the Provincial Council was launched.

“Although the balance is very positive,” says Roo Castillo. we hope that the next few months we can grow, increase the diversity of professionals that today make up our platform and serve as a meeting point ”.

The president of ProTea highlighted, during the presentation of the association at the Teatro Principal in Alicante, that it is also about doing “analysis, criticism and self-criticism to see why the theater has the problems it has.”

And on this path, the objective is “to continue finding strategies to strengthen the professional fabric of our province”, as a “meeting point to grow, help and strengthen our profession”, which often “has been made invisible and which is much more large and stable than it seems.

So far this association has managed to bring together around 40 professionals from the sector.

The catalog of shows is already available on the web and in the hands of institutions and cultural managers of the province.

In order to Ivan Jimenez, theater director and vice president of ProTea, “the generation of the majority of professionals who are in the association came from a reality of the sector in which synergies did not exist as such; the companies worked in a very closed way and we thought that creating ProTea offered us the possibility of getting to know each other so that this contact would bear fruit to improve the sector and be able to speed up contacts with the administration ”. Although, “what concerns us above all is how to reach the public.”

«There were associations of an autonomous nature, but we thought that a more in-depth analysis of what is happening here had to be done», Points out Roo Castillo, who clearly focuses on the sector’s shortcomings. “We do not have spaces to create, easily accessible public spaces and we do not have exhibition possibilities, apart from public theaters.”

The solution that is in the study phase would be to obtain a space inside the old Tobacco Factory. This is what Jiménez affirms. «We are involved in the process of citizen participation of Edusi and within the multifunctional spaces that are going to be offered, we want to convey that we need minimum infrastructures that attend to the particularity of the performing arts, whether it is circus or dance or theater, at the acoustics, floors or facilities, we want spaces with minimal conditions ”.

Through the work table it is intended to maintain a permanent dialogue with the different public administrations, which already have the catalog of shows in their hands. Circuit projects, production centers or school campaigns have also been presented to these entities. Not forgetting actions aimed at training professionals.