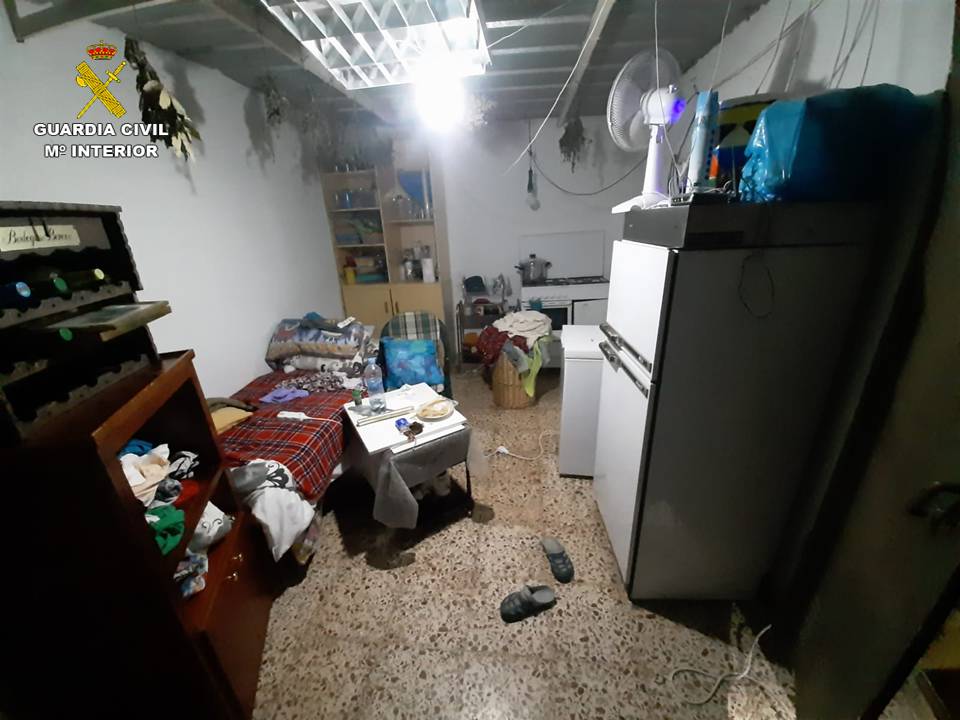 A 48-year-old Algerian woman, illiterate and of humble origin, has been held against her will for more than a year in the garage of the home of a married couple who exploited her labor as a domestic employee. The couple, whose arrest occurred at the end of last year although it has transpired this Thursday, lives in Agost (Alicante) and is also a native of Algeria. The couple, according to the victim, withdrew the woman’s passport and stopped paying her a salary after a few months. The exploiters housed her in a garage in poor living conditions, rationed her food and denied her medical assistance. Threats of deportation were added to the mistreatment, taking advantage of the fact that the victim does not have legal residence in Spain.

In an oversight by her captors, the kidnapped woman managed to send a voice message through social networks to her son, who sounded the alarm. The alleged kidnappers are free with charges and are charged with a crime of trafficking in human beings for the purpose of labor exploitation, another of illegal detention and a third against the rights of foreign citizens.

In her statement, the victim, who speaks an Algerian dialect, said that she had been working for her alleged captors for years, a married couple of businessmen from her country. She came with them for short stays and worked as a maid under normal working conditions. However, with the pandemic, everything changed. Mobility restrictions led the three, who moved to Spain in mid-December 2019, had to extend their stay. And those arrested, who initially offered the woman a paid job with which she could get residency, decided to take advantage of her need and precariousness.

Racha Haffar, the activist who befriended her fears to fight slavery

The Syrian-Tunisian feminist, one of the young leaders in UN Women and founder of Not 4 Trade, lived through the drama of trafficking in women as a child. Now, having become one of the most relevant voices against this crime, it has an impact on the fact that very few Arab states address it and strong laws are lacking

Eight members of a gang arrested for labor exploitation in Seville

A dozen people have been released, including a pregnant teenager

Biography of a woman’s corpse (VII): Aintzane and Florina

Since 2000, more than 46 women in prostitution have been murdered in Spain, including those who had reported as protected witnesses

For four months, the victim declared, they paid him 100 euros a month, less than what was initially stipulated between both parties. The first delivery, in hand; the next three, by direct transfer to a family member of the victim in Algeria. Without money, threatened by lacking documentation in order, the victim had to compromise with terrible conditions. Especially from a shortage of food, which caused him to suffer from malnutrition, which made him lose more than 20 kilos. This caused him several faints, but his exploiters always denied him medical assistance, he explained to the agents.

The woman lived in a tiny outbuilding of the farm, which served as a garage, with the electrical wiring in the air, without ventilation and with no other equipment than a cot, a makeshift toilet, a refrigerator and a kitchen. He worked non-stop from Monday to Sunday. It was not locked up, clarifies the Civil Guard, but neither could it access the outside of the perimeter fenced plot where its employers resided in Agost, a small municipality in the interior of Alicante located about 20 kilometers from the capital of the province. She only left the enclosure accompanied, to go shopping at the supermarket. They assured her that if the police caught her alone outside the compound, they would arrest her and deport her.

Fear kept her locked up without the need for keys or padlocks. Until, in an oversight, he was able to alert of his situation. According to his testimony, the victim had a mobile phone without a contract, with which he could not communicate with anyone. But one day, he picked up the Wi-Fi signal and entered a social network to contact his son. Although he does not even know how to write his name (the documents that the police have provided him have been signed with a brand), he is well versed with new technologies.

The woman sent her son several voice messages in which she explained the unfortunate conditions to which she had been subjected. The alert jumped from Algeria to Castellón, where an acquaintance resides. And from there, to another close friend from Alicante, who was the one who called the Civil Guard.

The members of the team of women and minors from the judicial police of the armed institute went to the residence where, according to the complaint, the businessmen lived, who initially tried to divert the attention of the agents, with whom they came to argue. They ended up acknowledging that they had withheld the passport of their assistant, who was released on December 19.

The detainees are a 50-year-old man and a 44-year-old woman. They were brought to justice in the Investigating Court of Novelda (Alicante). They have been released on probation and charged. The victim, meanwhile, has been transferred to a shelter run by an NGO that helps victims of human trafficking. According to sources from the Civil Guard, he continues to recover from his ordeal.