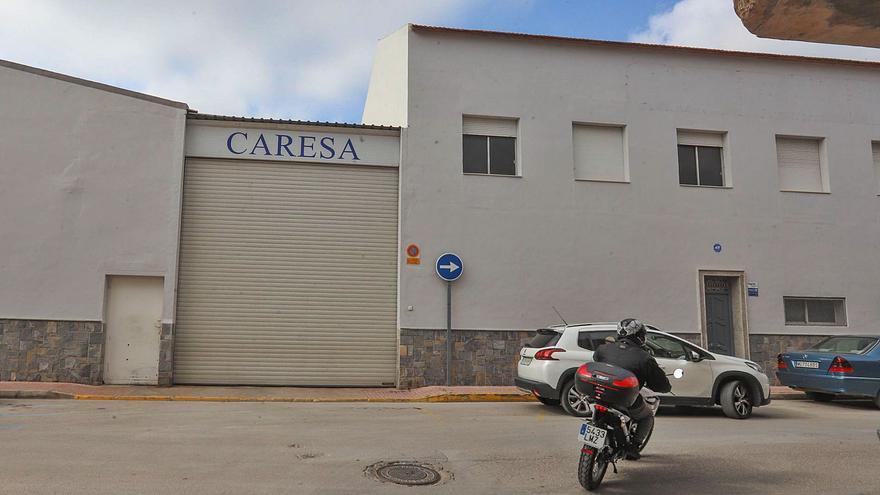 The company yesterday declined to make statements, for the moment, although it did confirm INFORMATION that the dismissal of any of the 130 employees who had in his callosina factory has not been raised, who will be transferred to the facilities that he has in the province, although the distribution had not yet been decided. The company has another factory in La Vila Joiosa and, as this newspaper has learned, will rent a warehouse in Monforte until the ones in Agost are built, where Cabos y Redes will centralize its activity. The merchant will take the employees by bus to their new destination.

The closure of this company, one of the most important in the town and located in the heart of the city, has fallen like a jug of cold water. Although there will be no layoffs, it will affect indirect jobs such as transporters or workshops that, from now on, will be employed in other municipalities. It is also worth noting the economic repercussion for the city, since the company will stop paying taxes there, among others, the Tax on Economic Activities (IAE). Cabos y Redes began its activity in Callosa de Segura in 1973 after acquiring Redes Gómez, which emerged in the 60s and went bankrupt, so the activity goes back beyond the 48 years of life of the current company. In all that time, it has employed about 600 people, the vast majority from Callosa. Future employment will no longer be done locally.

The City Council has tried to prevent the closure of one of the best-known companies in the town. The affected company requested the council to modify the General Urban Planning Plan (PGOU) in order to make its industrial use compatible with that of the land on which it sits (urban since 2002). The government team of PP y Cs took to plenary session, in November 2019, an urgent motion to initiate the procedures for this specific modification of the planning that would establish the compatibility of industrial use with the pre-existing industries to the drafting of the PGOU, in the which advocated the continuity of the local tradition of rope making and raised the problem of the factories that, after the PGOU was definitively approved in 2002, had remained within the urban area, where industrial activity is prohibited. The motion went ahead with the votes in favor of PP and Cs, and the abstention of the PSOE and EUPV; the latter two, however, voted against the urgency. The local government backed down once the technicians discouraged this option after consulting the Department of Urban Planning, estimating the appeal for reconsideration filed by the opposition on understanding that it did not comply with the emergency route and that it was not supported by legal reports , administrative or technical that endorse the procedure.

With that path of change in the PGOU dead, the City Council offered the company, in June 2020, an exchange of industrial land for the company to transfer its activity to the municipal polygon. However, the company considered that option unfeasible because the meters offered did not meet its needs, so the agreement was not reached.

Chronology of a closure

The company sentenced to closure was denounced in 2009 for a noise problem by a real estate group (Bernabéu Rives Grupo Inmobiliario SL) that, at that time, owned some properties adjacent to that factory, being co-sued by the City Council. In 2016, a court of first instance rejected the appeal filed against the dismissal due to administrative silence of the request presented in 2009 by the complainant, who requested a copy of the activity license of the company of networks and ropes and that, if he did not have it, he requested its closure to avoid noise emissions outside its facilities which, it claimed, were higher than those allowed. The ruling stated that it was found that the real estate company had transferred the properties to an investor by sale in 2011, which, in turn, transferred them to Cabos y Redes in 2013.

In 2018, the TSJCV revoked that sentence and ordered the Callosa City Council, which was appealed, to close and close the activity of the co-defendant, Cabos y Redes SA, for lacking an activity license. The company filed an appeal to the Supreme Court, which was not admitted, so in 2019 the judgment of the TSJCV forcing it to close becomes final, and in March 2021 it has been executed.

The current Callosa General Plan, approved in 2002, classified land where there are industrial buildings as residential. In the town there are still some industries that were installed in the 50s, 60s and 70s of the last century and that, after the approval of the PGOU, have been embedded in urban land, which is a big problem since there are not allowed industrial activities. Many companies did not present allegations at the time to the definitive approval of the General Plan that left them out of planning and they may be in trouble, such as Cabos and Redes.