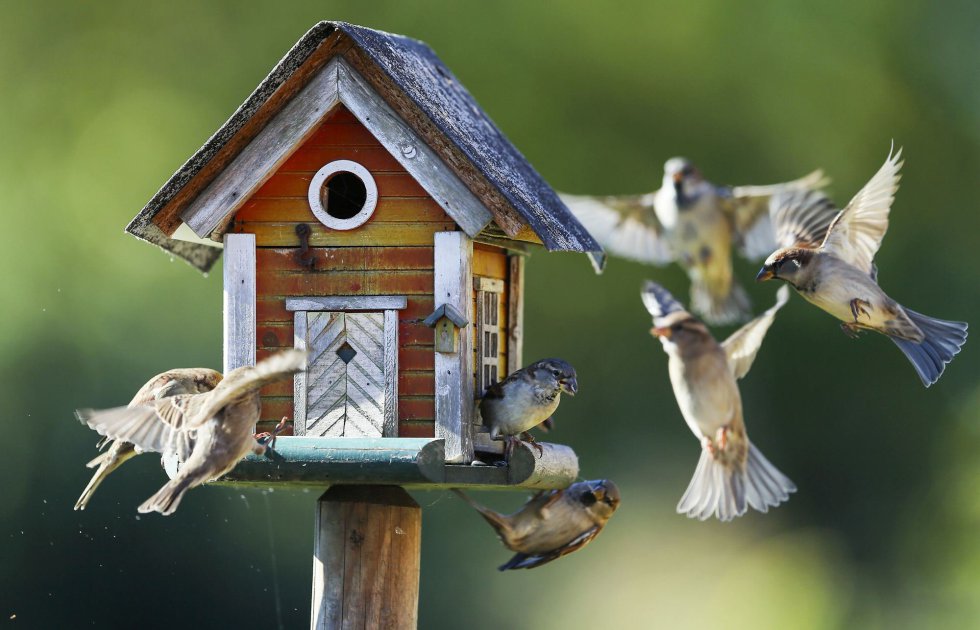 About 7.7 billion people live on Earth. Around 50,000 million birds of some 9,700 different species live with us, according to a calculation made by experts from the University of New South Wales, in Australia. This calculation, however, is limited to identifying the variety and quantity of 92% of the world population of birds, because for the rest of the species there was not sufficiently extensive or reliable data to include them in the study. In a hypothetical cast, each human would be responsible for the care of six birds.

According to the data provided by the study, published in the journal PNAS, the most popular birds are the house sparrow (Passer domesticus, with 1,600 million copies), the common starling (Sturnus vulgaris, 1.3 billion individuals), the Delaware gull (Larus delawarensis, 1.2 billion) and the common swallow (Swallow rural; 1,100 million). On the other side of the scale, there are 1,180 species (12%) with fewer than 5,000 individuals. This study, led by Corey Callaghan, confirms trends already pointed out by other reports. “Much research has shown that Mother Nature loves rare species. There are proportionally more rare species than common species, and our research confirms this on a global scale, ”says Callaghan. The figure of 50,000 million birds is the midpoint of the estimate made by the authors, although in the most optimistic forecasts, this number would reach 428,000 million individuals. A study published in 1997 already made a very similar estimate, quantifying the world population of birds between 200,000 and 400,000 million copies. But an important difference between the two studies is that, in this case, the researchers have used specific estimates for certain birds.

The 50 billion birds are the midpoint of the estimate, but the world population is estimated to be 428 billion, a similar figure to previous studies.

This estimate has been made from several high-quality databases, added together to form “a much larger database, although less precise,” according to the study itself. The main source of information was eBird, a scientific database with citizen contributions. The researchers acknowledge that some species may not be present, since if this is excessively rare or marked as sensitive by this organization, it is likely that there is no data or it is not public. Callaghan admits the difficulties, but is optimistic about future development. “We are more sure of the estimation of some species than of others. In some species we will be far from the true figure, but in others we are probably very close. In any case, these estimates can be improved in the future ”, he says.

According to the researchers themselves, as more information and more precise data become available, the estimates may come closer to the true figure. Furthermore, this model is “repeatable and scalable” to other species as long as the correct data is provided. Callaghan highlights as one of the keys to this study the citizen collaboration that has nurtured the main database: “It is important to encourage people to get involved with citizen scientific projects on a global scale such as eBird or iNaturalist”. “In this way, it is hoped that we can discover which species are rarer in other parts of the world that tend to be less studied,” he clarifies.

Researchers believe that having these data on a global scale can help to understand the relationship between a species’ habitat size and its abundance, or evolutionary issues, such as the relationship between body size and population abundance. In the same way, it can be a useful tool when it comes to discerning when a species is in danger of extinction and prioritizing its conservation. “We know that conservation can work to maintain rare species and increase their populations,” says Callaghan, citing the bald eagle, brown pelican and whooping crane as examples of success.

“It is an effort to establish a methodology that can work with all species on a global scale,” says Marc Anton, a researcher at the Catalan Institute of Ornithology. “It is striking that most of the most abundant species in the world are American or European. It is a bias towards the species that have more information. It is difficult to think that there is not some African species that can pass over it ”, declares the expert. To correct these possible deviations, Anton is committed to expanding the sample used: “It would not hurt to value information from other citizen science databases that also have significant global coverage or that in some areas are very relevant.”

Also Read  What is happening in Afghanistan

Despite the controversy that, he says, the article has raised among experts, the researcher trusts the credibility of the results: “The article itself says that you have to be careful with the data. It is assumed that in these databases there are errors. It is true that these portals have people behind validating the information; the problem is that these people are also usually fans ”. The authors acknowledge a certain degree of error, although they presume that they were scrupulous and did not use certain information. For Anton, the margin of error “is acceptable within a scientific article”.