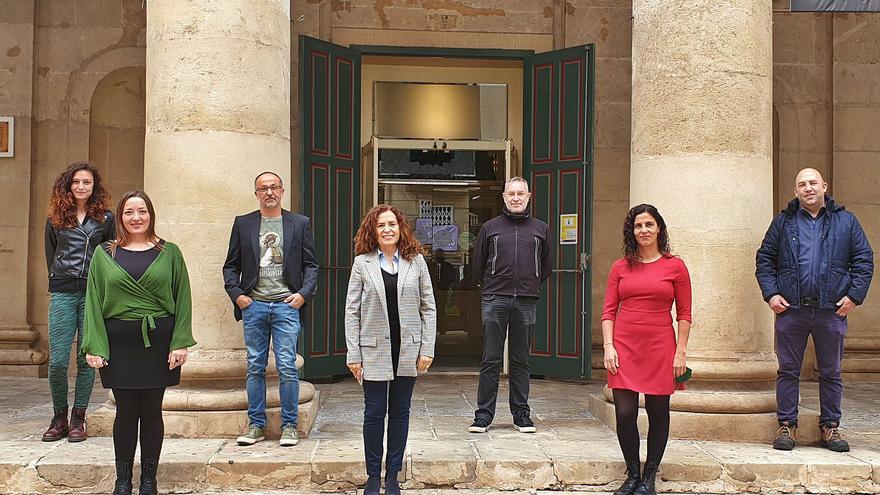 Like a female comedy and feminist, “Very colorful, a little Almodovarian and very shameless”, defined yesterday Josi Alvarado The cleaning lady’s manual, work that will take the stage La Sogorb company after rising like winner of the IV José Estruch Theater Production Residence, which organizes the Principal Theater of Alicante.

Sogorb will work in this space for eight weeks, between July and September, to bring to the stage this story that revolves around household cleaners and premieres it on September 24, within Alicante on Stage. The residence consists, in addition to the cession of the space, of the payment of the cache of 3,000 euros plus 4,500 contributed directly by the theater, although the company will also request a grant from the Institut Valencià de Cultura.

“I wanted to pay tribute to the cleaning ladies and it is the story of one of them from the Florida neighborhood who cleans a house on the beach in San Juan”, points out Alvarado, who won the Ciutat de Castellón Theater Prize with this text. On the bus ride, she will meet a North African emigrant who decides the same as her, but 3 euros cheaper. “It is their unfair competition, but they become great friends through motherhood. It is the story of two women from two different universes and their friendship.

He wrote this dramatic piece years ago and offered it to Elisabeth Sogorb, “because he saw me playing Susi,” says the director of the company and the protagonist of the play. Thus began this project, whose direction is assumed by Begoña Tena. “We presented ourselves to the Estruch Residence and now we have the opportunity to work in a space like this and with financial support, and that is to be appreciated at this time.”

La Sogorb, which staged one of the montages selected in Alacant a Scene last year and was a finalist in the III Estruch Residence, has in this project professionals such as Juanjo Llorens, in lighting; Joanmi Reig, as the creator of the scenery and costumes, or Valiente Verde as a photographer, in addition to completing the cast with José María Bañón and Nadia Clavel.

“The original work was for eight characters, but I have reduced it to a main character with a lot of load and two more, the rest of the stories have been purged because what we want is to produce and with fewer actors it is easier”, highlights the playwright.

“Although we have little money, there is a lot of talent,” says Josi Alvarado, winner of the 1st Ana Diosdado Theater Sgae Award for La Tarara. “Hopefully in València we do the case that we are beginning to do in Alicante.”

Despite the fact that nowadays “financing professional projects is not an easy task”, Sogorb and Alvarado’s concern has led them to get, even before knowing that their project was the chosen one, two more bowling pins for the work. “Our idea is to open the show to society and generate activities that are a meeting point between Spanish and Maghrebian housewives because it is a social theater.”

The finalist project was 016. Failed exercise for women, by Fulgencio M. Lax, produced by Col.lectiu Intermitent, under the direction of Morgan Blasco.

María Dolores Padilla, deputy director of the Principal, expressed her satisfaction with the response to this call to which eight proposals were submitted, two more than last year. “They have been quality proposals that approach the problems of our society with their texts.”

For the Principal’s deputy director, “the important thing is that Alicante professionals have a projection outside the city and the province, and in this case they are also nationally recognized people.”