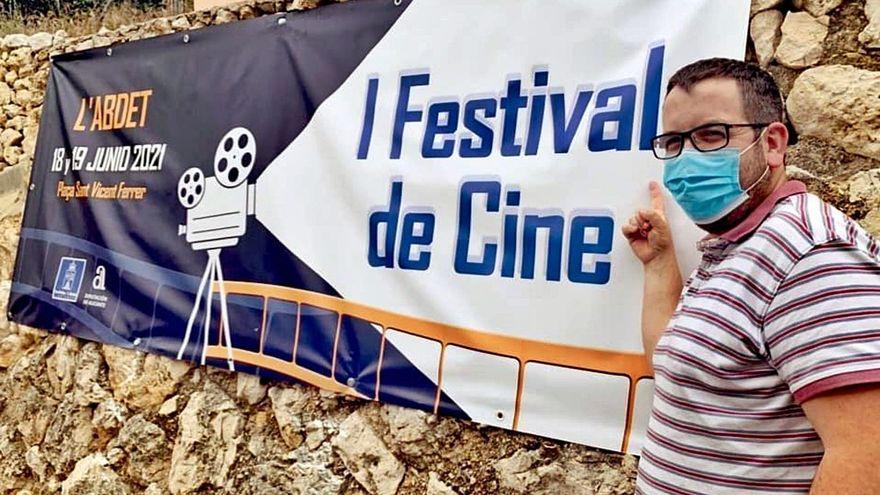 «The truth is that we did not expect such a response to the call with so many shorts. To be the first time we do it, we have succeeded », says the mayor of Confrides-L’Abdet proudly. Ruben Picó, The creator of the idea, who with this cultural initiative wanted to serve as a meeting point for residents while activating the audiovisual sector and tourism in the area.

“It is a way of contributing our grain of sand to a sector so hit by the pandemic and we think that many people will be able to enjoy this event,” says the first mayor of both towns, separated by three kilometers, which together have about 250 inhabitants.

This figure, 250, is the planned capacity for each of the days of the festival, which will be held today and tomorrow with the open-air screening of the finalist short films starting at 10 p.m. in an enclosure set up in Plaza San Vicente Ferrer from L’Abdet, “with tremendous views of the valley,” Picó highlights.

A professional jury, made up of the actress Maria Minaya, the actor Ferran Gadea, popular for his role in the series L’Alqueria blanca, and the actor, screenwriter and composer Paco Enlaluna, who have selected the six best short films for each day, which will also be shown accompanied by a feature film each night.

The L’Abdet Film Festival It will award three cash prizes – the winner will get 1,300 euros, the second a prize of 800 euros and the third, 500 euros – and the tickets have already been sold out for Saturday night, but there are still some for tonight.

Although many of the spectators are residents of L’Abdet and Confrides, the festival is an opportunity to spend a film weekend and get to know the gastronomy and hospitality of this area of ​​the Marina Baixa, which has “several rural houses and a small hostel, so that people who come from abroad can enjoy a day in the mountains. The province is not only sun and beach and it is also necessary to promote inland tourism », highlights the mayor.

Tickets cannot be purchased online and the price is symbolic, 1 euro, since the proceeds will go entirely to the L’Abdet Festival Committee to organize next year’s patron saint festivities, which are held on the third weekend of August.

“We have already been a year without parties due to the pandemic and another that there will not be either. The parties always brought the neighbors together in summer – in the summer months we can reach 500 or 600 people – and now that we are seeing a little light with vaccination, the festival is a way to bring together the people of the town, that he already wants to be well “, concludes Rubén Picó.

The short films that will be screened these days are mostly de fiction, with dramas and comedies, but there is also space for animation and documentary.

Today the short films Coque, Distancias, A Good Cause, 18 Months Deciphering the Eyes of Dulce, Roberto and Faces will be screened. In addition, the feature film Family Games, by Belén Macías, will be screened. Saturday’s program features the shorts La pared, Guarda, Polter, The price of dreaming, We return in 5 minutes and Super. The day will conclude with the film Champions, by Javier Fesser.