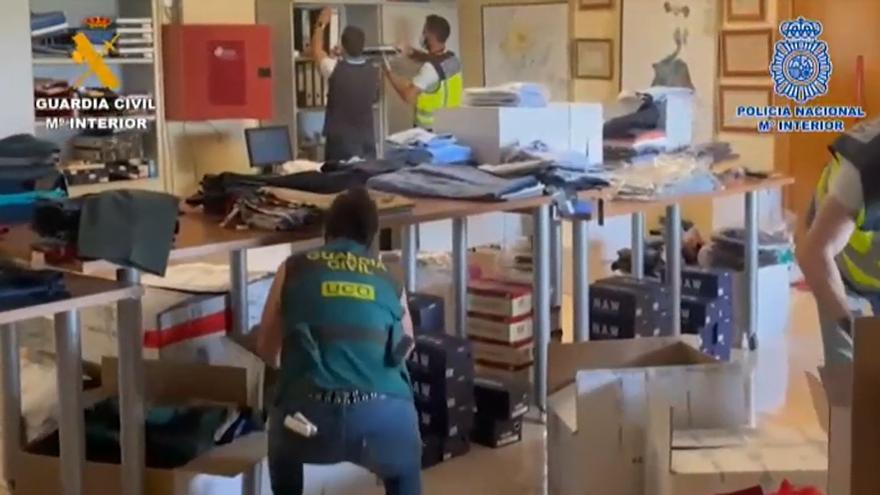 It is one of the most active criminal organizations in the distribution of cocaine in Jaén, Granada, Balearic Islands, Madrid and Asturias, and what was there increased their activity during pandemic.

As reported by the Police, it has been a joint operation between both bodies and complex due to the extensive scope of action of those investigated, their high criminal specialization and the use of a fleet of high-end vehicles with sophisticated concealment systems for the execution of their criminal activities.

The now disjointed band distributed significant amounts of cocaine throughout the national territory and had increased its “frenzied criminal activity” during the time of restrictions motivated by coronavirus pandemic, details the Police. In fact, it had devised new criminal schemes to try not to attract attention, thus generating a sense of false impunity among its members.

From the beginning of the investigation, the agents focused on identifying and arresting the participants in the criminal network, presumably, those responsible for the distribution of significant amounts of cocaine by different provinces of the peninsular territory and by Ibiza. The investigators detected that, within its criminal planning, the network had the intention of increasing the flow of narcotics destined for the islands in the face of the summer season.

The network was provided in the Galician region of O Salnés, where there are three detainees. There is another Galician detained in Madrid. In this city, specifically in the Salamanca district, lived the “brain” of the network, an Ibizan with a high standard of living. It is with this that the hotelier detained in Asturias was related, where searches were carried out in two localities. The Asturian is also one of the main involved.

The police investigations revealed that the investigated group had sophisticated means of transporting way, as shuttle vehicles that alerted of any surveillance or police control, or sophisticated concealment systems, between these double hydraulic funds. These were not the only difficulties the researchers encountered as the organization used encrypted messaging software to establish contact between its members, making police action even more difficult.

In a first phase of the operation, carried out in May, in Galicia, were seized 50 kilos of cocaine hidden in a double bottom of a tourism and 370,000 euros hidden in another double fund of another tourism. The agents detained four people. Subsequently, four properties were registered in the provinces of Valencia and Madrid, where several high-end vehicles, encrypted communication media, cash and documentation related to the now dismantled criminal structure were intervened.

In a second level, developed in June, the agents made eleven entries and searches in different provinces (Pontevedra, Asturias, Jaén, Granada, Alicante and the Balearic Islands) and five other members of the gang were arrested, including the Asturian hotelier. Then 1.3 kilograms of cocaine, mobile phone terminals, 32,000 euros in cash and five vehicles used by the organization were seized.

In a third phase of exploitation, carried out at the end of June, 15 kilos of cocaine were seized hidden in a double bottom of the vehicle of one of those investigated. Subsequently, two entries and searches were carried out in Valencia and Madrid, where three people were arrested and 40 kilograms of cocaine, 2 kilograms of methamphetamine and 500 grams of pink cocaine were seized. The investigation has ended with 16 detainees, 18 entries and searches, 107 kilos of cocaine intervened, two kilos of methamphetamine, 500 grams of pink cocaine, 403,000 euros in bills of various values ​​and 12 vehicles intervened. The investigation is directed by the Court of Instruction number 1 of Orihuela (Alicante) and the Anti-Drug Prosecutor’s Office of Alicante.