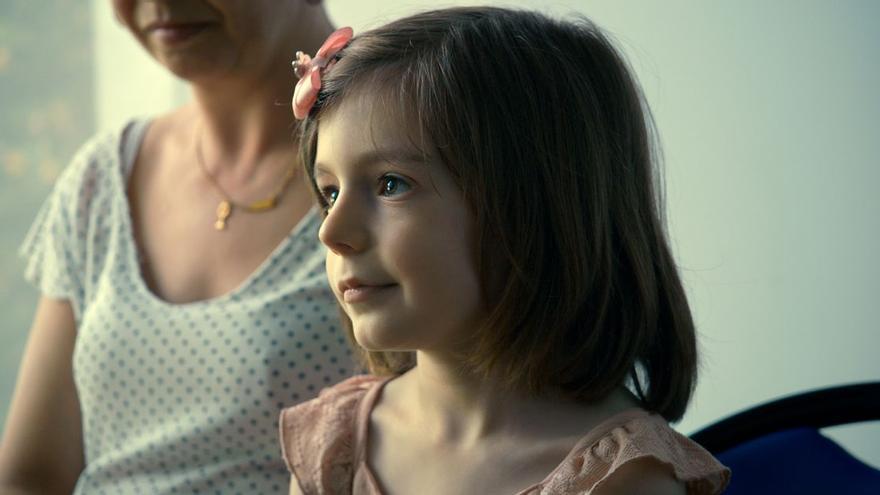 Sasha is the protagonist of ‘Una Niña’, a documentary about gender dysphoria that overflows with emotion and sincerity and that opens on March 12 in Spain, in the middle of the political and social debate on trans law. Sasha’s face, her eyes, her smile, her fear, her happiness, her tears and her honesty destroy myths and show the reality of trans people.

The film begins with Sasha’s mother (the mother that every trans minor should have) wondering if she is the ‘culprit’ of the gender dysphoria from her daughter. During the pregnancy, she wanted with all her might to have a girl. “Could it influence? Did I do something wrong? ”He wonders in anguish. She, her husband, and their three other children adore Sasha. They are an oak family. Everyone understands that it is a girl. And as such, they treat it. But they know that outside of home, their life is much more difficult. And as it gets older it will get worse. The little girl has a friend, but she doesn’t dare invite her home to discover her feminine room. Sasha almost always plays alone.

‘A girl’ bears the signature of the French director Sébastien Lifshitz, which years ago showed on the big screen the life of Bambi, born in 1935 and one of the first transsexuals in France. “Trans is usually associated with adolescence, when the body changes. But Bambi’s story opened my eyes because she felt like a child since she was 4 years old, ”says the director.

In order to dissect gender dysphoria in childhood, the director entered online forums of parents of trans boys and girls. They attacked him and accused him of obscene. Lifshitz reassured them and explained that his point of view would be respectful and that I wasn’t meant to be a ‘voyeur’ but to make the viewer aware. Finally, two families agreed to receive him: one from Canada and one from France. The Canadian one was in a pretty good situation given the enormous social acceptance. In France, the opposite was true, so the filmmaker set out to tell his story.

“Sasha’s family is united and extremely solid. There is a bond of unconditional love between them. His house is a bubble of protection ”, explains the filmmaker.

Karine, Sasha’s mother, is a mom courage but he is at the limit of his strength. Fight and fight with the management and members of the faculty of the college of her daughter so that she is considered a girl, so that she can be dressed in a skirt, so that in ballet classes they give her the girl’s dresses and so that she is treated as feminine. The school principal – who is not seen at any time – does not agree and demands Karine a medical certificate that supports this need.

Karine goes to the family doctor, to whom she asks a thousand questions. Among them, the one that hurts the most is knowing if the desire to have a daughter during pregnancy could influence Sasha. The doctor has little training and what he says makes him feel more guilty. But not out of pettiness but out of ignorance.

The filmmaker recommended Karine to go to the public hospital in Paris Robert Debre. Sasha and Karine’s encounter with the child psychiatrist Downtown is one of the movie’s most moving moments. Finally, a ray of hope in the life of the little girl. Finally, someone names what happens to Sasha, gender dysphoria. Without dramas, or bullshit, or myths, or prejudices, the doctor tells them about science, sexuality, gender identity. Neither Karine was guilty wishing for a girl nor was she wrong in following Sasha’s wishes and treating her as such. Sasha is a girl born into a boy’s body. “How do they treat you at school?” Asks the psychiatrist. The girl does not speak. He does not want to, he does not dare. Tears escape her and with her sadness she says it all.

After the first contact with the French public health, mother and daughter go shopping. They buy dresses, hats and bikinis. Sasha is happy.

Karine and her husband know that a difficult future awaits them. Sasha is now a little girl, but she will grow up and need be treated hormonally to avoid the physical aspect of a male: absence of breasts and female sexual organs, hair, walnut in the throat … That will be another war. And he will undertake it as Sasha’s childhood is battling: hand in hand with French public health, with perseverance and unconditional love to your daughter.