Sad episode resulting from the automation of labor relations, but which highlights the job insecurity of riders.

Sebastian Galassia 26-year-old Italian university student, who worked as a rider for Glovo, passed away in florence after suffering a traffic accident while making a delivery. A few hours after the accident, his cell phone received a message informing him that he had been fired for not delivering the package on time.

Glovo is a Spanish company of home deliverywhich uses autonomous couriers, called riders. It also has a presence in Italy. It has recently been purchased by Delivery Hero.

According to Business Insider account, on October 1 Galassi was making a Glovo delivery, when his moped was hit by a Land Rover. The young man died the next day. But a few hours after the accident, she received a message on his mobile, which his mother has hung up in social networks:

“We regret to inform you that your account has been terminated due to non-compliance with the terms and conditions. Glovo’s goal is to offer an optimal experience to its couriers, partners and customers. In order to maintain a healthy and fair platform, it is sometimes necessary to take action when one of these users does not behave appropriately.“says the email.

Risk your life as a rider for 600 euros a month

Naturally, the email has caused great outrage on Italian social networks, as well as in unions and political parties. The Confederazione Generale Italiana del Lavoro (CGIL) union has organized a 24-hour strike of all the delivery men in the sector delivery for yesterday, Wednesday, October 5, in protest at what happened.

The mayor of Florence, Dario Nardella, of the Democratic Party, exploded against the delivery companies in a post published on his Facebook: “Zero protections, unsustainable rhythms, few rights. For years in Florence we have been fighting for the dignity of all workers and riders in particular“. 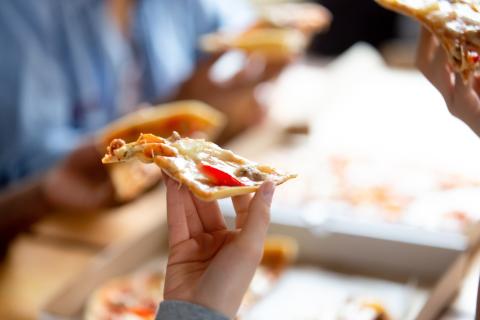 JustEat, Glovo or Deliveroo: which app wins the food delivery war in Spain?

Glovofor its part, has issued a statement in which apologizes for what happened and has been offered to pay part of the funeral expenses of the young rider, As reported by a spokesperson who has contacted Business Insider:

“We deeply regret the death of delivery driver Sebastian Galassi as a result of a traffic accident in Florence, Italy. We are in permanent contact with his family to support them in these difficult times.“, informs this spokesman.

“When suspending the account to protect his identity, an automated message was mistakenly sent to his family. We deeply regret what happened and reiterate our full support for the family. From Glovo we will do everything possible to help you in this difficult situation“, has added.

Although it is obvious that it is a system error and Glovo would never have sent the message if it had known about the accident, this tragedy reveals the extreme precariousness of the riders.

Galassi was a graphic design student and had started working for Glovo as a delivery boy at night and on holidays, earning around 600 euros per month. The riders they risk their lives navigating through traffic on bicycles or mopeds, while being pressured to make deliveries as quickly as possible.

Also Read  AI, seven keys for its implementation in companies

home delivery companies they hire and fire them through an app, everything is automated, they don’t even consider them a employeeeven if they are autonomous, but “users”, as can be read in the email.

That’s why when a rider of Glovo dies while delivering a package, the only thing the system sees is that the delivery person has not complied, and it is automatically fired. Shouldn’t there be at least one phone call from Glovo, to ask what happened? Image problems like this would be saved, and the pain of a mother who reads the dismissal message of her deceased son.