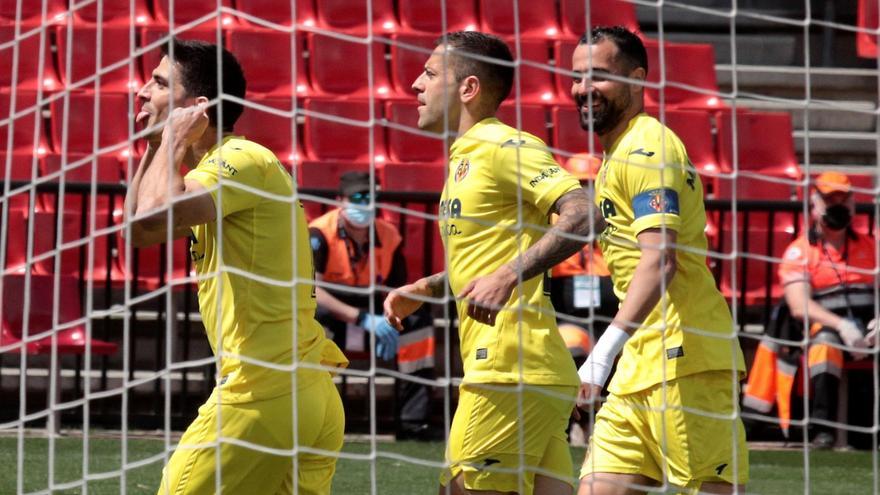 Villarreal, with a triplet of Spanish international Gerard Moreno, achieved its third victory in a row in LaLiga Santander and provisionally climbed to fifth place in the standings by beating Granada 0-3 this Saturday, which fell at Nuevo Los Cármenes after two consecutive wins at home.

The Spanish international, with a brilliant and lethal performance, was the true leader of an authoritarian Villarreal and that He was far superior to his rival, who fell after two consecutive wins at home, a victim of talent and the success of the Barcelona striker, who scored two penalty goals, the first and third, and the second in a sensational individual action.

Begin next Thursday the Europa League quarter-finals It did not condition either of the two coaches, the local Diego Martínez and the visitor Unai Emery, when making their eleven, since nothing was saved from the start.

Villarreal was better in the first half and showed it from the beginning with a good chance as soon as the crash started by Gerard Moreno, whose header did not surprise Portuguese goalkeeper Rui Silva.

Gerard Moreno himself scored the 0-1 in the 9th minute by converting a goal into a penalty by the hand of Víctor Díaz, after a header by Pau Torres, that Cuadra Fernández pointed out after reviewing it in the VAR at the request of his colleague Hernández Hernández.

When the locals started to react, Gerard Moreno appeared again, at 19 minutes, to sign the 0-2 with a sensational individual action that began with a heel dribble against Germán Sánchez and followed with a great shot to surpass Rui Silva, with Joaquín Marín ‘ Quini ‘pushing a ball that was already entering the back of the net.

Also Read  Why is cauliflower wrapped in plastic and broccoli not, for good preservation

In the rest of the first half, Granada had more the ball, unable to create clear chances before Sergio Asenjo’s goal, while Villarreal was vertical and dangerous on the counter, especially in a play in which Rubén Peña could score the 0-3.

The second half started like the first, with a clear chance to an omnipresent Gerard Moreno, that this time he sent his header to the post.

Too forgave the 0-3 Manu Trigueros, in a point-blank shot that Víctor Díaz ultimately took out, in the midst of a barrage of play from a much superior Villarreal.

At the time of the game, the visitors sentenced the crash by scoring again Gerard Moreno from a penalty, a maximum penalty this time by Rui Silva on Manu Trigueros in an action initiated by a great pass to space, of course, from Gerard Moreno himself.

With the crash sentenced and both teams thinking, now, about their European commitments on Thursday, Paco Alcácer and Mario Gaspar they forgave good occasions to extend the income of goals in favor of theirs.

The clearest goal chance for Granada He reached 9 minutes from time, with a penalty committed by Frenchman Etienne Capoue on Jorge Molina that the veteran rojiblanco striker sent out.

Referee: Cuadra Fernández (Balearic Committee). He showed yellow cardboard to the locals Soldado (m.39) and Quini (46+), and to the visitors Parejo (m.22) and Mario Gaspar (m.43).