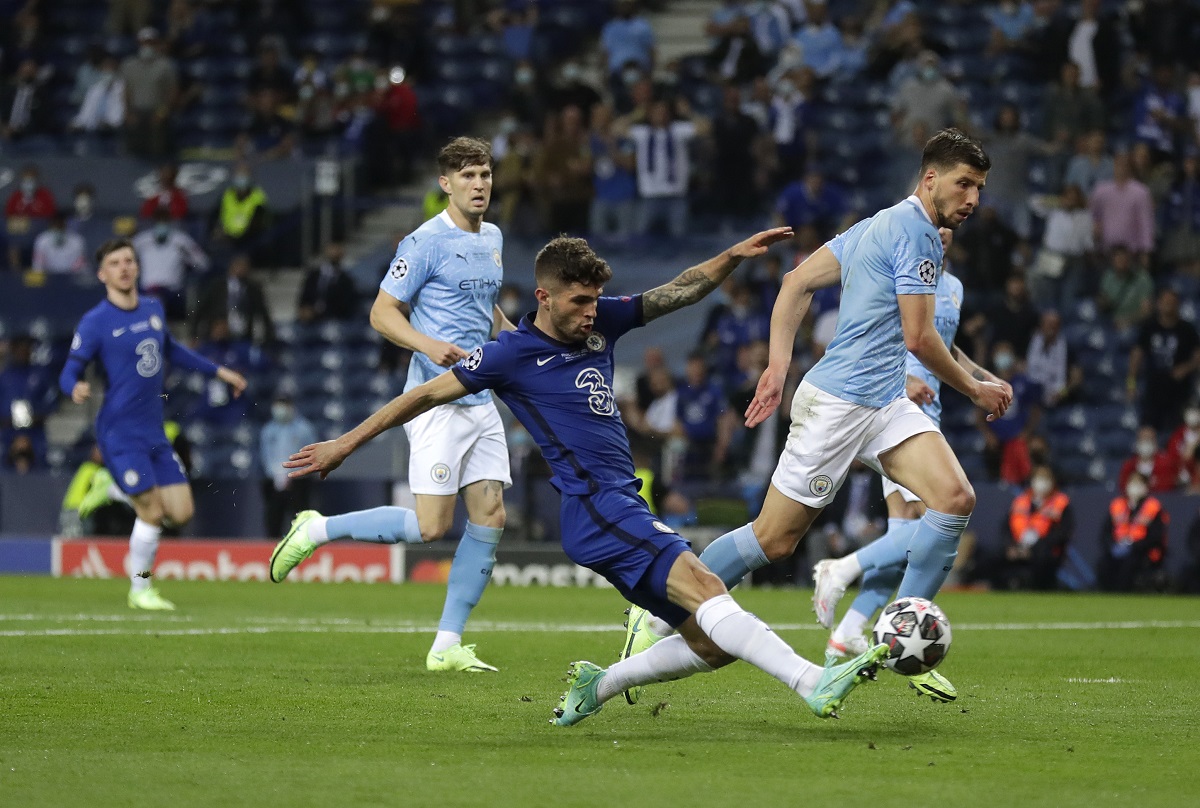 Never before has an American player been able to lift the UEFA Champions League in history and Christian Pulisic he made a victorious debut when he entered in the 66th minute in place of Werner. Chelsea FC beat 0-1 at Manchester City and the new king of Europe was consecrated for the second time in its history.

In 2012 they did it by way of kicks from the penalty spot against Bayern Munich, with a plethora of Drogba. While nine years later the great figure was Kai Havertz with a goal in the first half.

In the first 45 minutes justice was served at the Estádio do Dragão in Porto because Chelsea FC went ahead on the scoreboard thanks to an excellent definition by Kai Havertz, a German who had no goals in the Champions League until the final 2021 against Manchester City.

It’s not having the ball, it’s knowing what to do when you have it. That foundation was applied by Thomas Tuchel’s team in the first half, who with a visionary pass from Mason Mount unlocked the scoreboard at 43 ‘. Havertz appeared and in hand-to-hand he pulled Ederson off of him and sent her to be put away.

Mendy played short with Chilwell, he saw Mount unchecked and gave it to him for the Englishman to do the first act of magic of the afternoon – night: a pass between the centrals to enable Havertz. It was the second assist so far this tournament for number 19, a total figure in the first half.

Second half: Pulisic made history

Guardiola needed variants and it did not take so long to do them. Of course, the first was forced by a terrible blow from Rudiger to Kevin De Bruyne at 60 ‘, that is why Gabriel Jesús entered instead of the captain who was leaving with tears in his eyes. Then at 64 ‘Fernandinho took the place of Gundogan to offer the lost balance.

On the London side, Christian Pulisic entered at 66 ‘instead of Timo Werner, who was a luxury spectator in Porto. The American became the first of his nationality to play a Champions League final, and at 72 ‘he had the possible goal at his feet to sentence the final after a combination of Kai Havertz.

What did you do Pulisic! 🤯

The intensity of the City rose to the point of also putting Argentine Sergio ‘Kun’ Agüero on the court, but the goal was lost from the citizen’s radar. The iron line of five defenders of Tuchel triumph, shielded by N’Golo Kanté as one of the main figures of the afternoon – night in Porto.