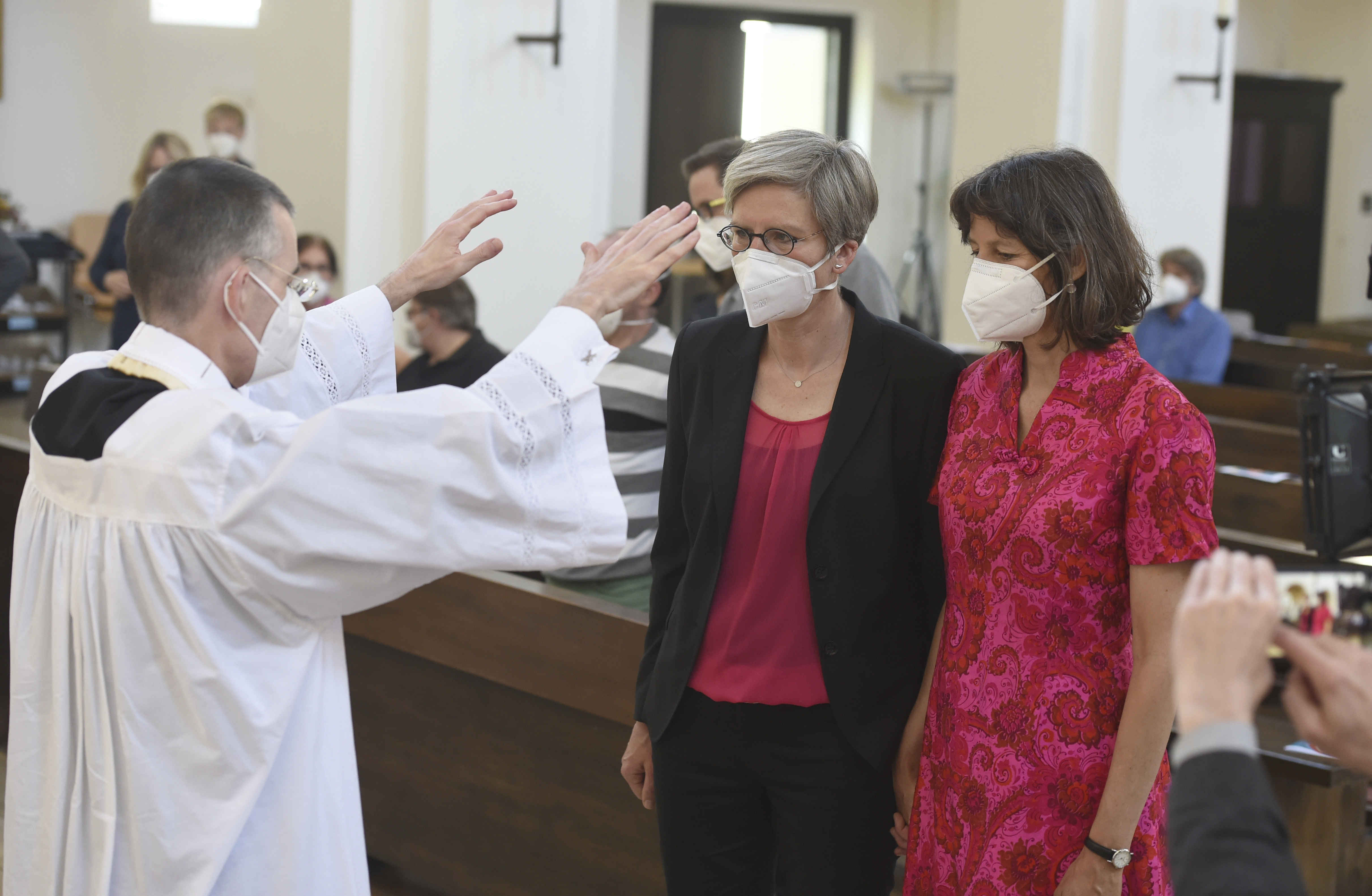 Under the slogan “love wins,” Catholic priests across Germany launched an unprecedented rebellion against Pope Francis by kicking off a massive public blessing ceremony for same-sex couples in more than 100 temples across the country. The action has been described as a direct response to a statement from the Vatican that maintained that homosexual union is a sin and that God “cannot bless it.”

The rebellious action against the Vatican was born in March when more than 230 professors of Catholic theology from Germany, led by parish priests Burkhard Hose, from Würzburg (Bavaria), and Bernd Mönkebüscher, from Paderborn (North Rhine-Westphalia), signed a joint statement. They were thus protesting against a statement by the Vatican of that month, which stated that the Catholic Church could not bless same-sex marriages. In the manifesto, the group declared that the measure was “marked by a paternalistic air of superiority and discriminates against homosexual people and their life plans.”

To reinforce this protest, dozens of Catholic priests in Germany decided to bless homosexual couples and broadcast those ceremonies live on the internet. “Given the refusal of the Congregation for the Doctrine of the Faith to bless homosexual couples, we raise our voices and say: we will continue accompanying people who contract a binding relationship in the future and we will bless their relationship,” said this group in a statement.

The plan includes a list of church services that began to be carried out in a coordinated manner as of May 9 and continued on Monday in some 100 Catholic churches in Germany, including Essen Cathedral, where dissident priests publicly blessed same-sex marriages in protest to the declaration approved by Pope Francis.

Last Sunday, the priests of the Marienkirche church (Santa María in Spanish) in the town of Ahlen hung a banner over the main entrance of the temple where it could be read: “Do you love each other? We bless you ”. “This is how it should be: We want to celebrate and bless the gift of love with all those who love each other, all couples, friends, love relationships. All those who reflect the color of God’s love in their lives ”.

The Congregation for the Doctrine of the Faith issued on March 15 a “Responsum ad dubium”, (An answer to a question), on the question “Does the Church have the power to impart the blessing to unions of persons of the same sex? ”. The opinion of the Vatican was negative and maintains that the marriage between a man and a woman is part of God’s plan and is destined to create a new life. And he also maintains that – according to the March statement from his orthodoxy office, the Congregation for the Doctrine of the Faith – same-sex marriage is a sin.

Germany’s top bishops have not backed the protest. Bishop Georg Bätzing, president of the national bishops’ conference, has said that homosexual-oriented people have a place in the church, but rejected public blessings. “They are not suitable as an instrument for ecclesiastical political demonstrations or protest actions.”

However, the Central Committee of German Catholics (ZdK), an influential secular organization, reiterated its support for the initiative. “These are celebrations of prayer in which people express to God what moves them,” said Birgit Mock, ZdK spokesperson for family affairs. “The fact that they ask for God’s blessing and thank him for all the good in their lives – also for relationships lived with mutual respect and full of love – that has deep roots in the Gospel,” he added.