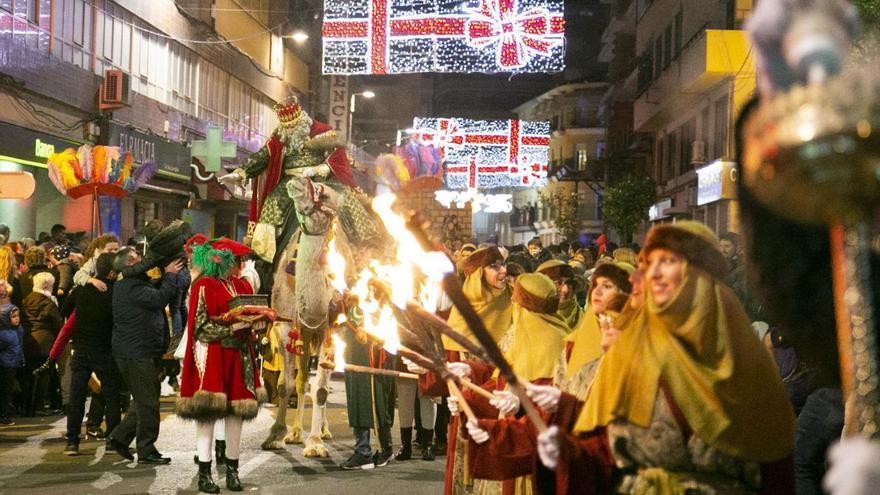 Elda’s Christmas 2021 program will take place between December 3 and January 5 and includes more than a hundred activities throughout the city’s neighborhoods under the slogan “The magic of Christmas is back.” “In 2020 we could not celebrate these special days as we knew it because of the pandemic. But this year we will be able to recover a good part of the activities and we will also offer new ones to make Eldense Christmas more attractive, “explained Mayor Rubén Alfaro in an appearance in which he was accompanied by seven of his councilors.

In addition, so that the Christmas spirit reaches all neighborhoods, the installation of inflatables and the development of shows, children’s workshops and storytelling in the different social and neighborhood centers are planned.

The program will start with the traditional lighting of the Christmas lights and the tree-next Friday at 6 pm- which, one more year, will be in the Plaza Mayor. This will be followed by a parade enlivened by the Acustic Band to the Plaza de la Hispanidad, where at 7.30 pm one of the novelties of this year will be inaugurated: the Christmas Market that, in addition to different stalls, will include several “foodtrucks” and will remain open until December 12.

Mayor Rubén Alfaro presents the activity with seven councilors from his government. | INFORMATION

As usual, in the area of ​​La Almafrá the Fair of the Immaculate will be held until December 12 and the Fair of the Caballitos, which will last until the 19th of the same month. In addition, the Plaza Castelar, as it is also traditional, will be the epicenter of different activities such as concerts, children’s shows, dance classes and other proposals that will take place both in the tent that will be installed and on the stage of the shell. And, logically, the “highlights” of Eldense Christmas will also be celebrated, such as Tardebuena, Bando Real on December 26, San Silvestre Eldense and the New Year’s Eve party on December 31, as well as the Bajada de Antorchas and the Three Kings Parade on January 5.

“This is the most extensive Christmas program in the history of our city, not only because of the number of activities and proposals, but also because it will be extended to practically every corner of the municipality,” the mayor pointed out before launching a “very important” message to citizens. “I want to ask once again all citizens that, although the health situation has improved notably thanks to vaccination, continue to maintain the utmost caution, respecting security measures outdoors and using the mask for as long as possible” .

After not having been able to enjoy the 2020 festivities, and as a reward for the “excellent behavior” that the little ones in the city have had, the goal of the local government is to provide them with the greatest enthusiasm and fun. Regarding this purpose, Alfaro recalled that “one of our objectives since the beginning of the Covid-19 crisis has been to be by the side of the people and to implement social and economic aid. And they know that in that sense we have not spared resources. But we also believe that, being aware that we are still in the process of fully overcoming the pandemic, we must help emotionally and restore joy to our neighbors after so many hard and difficult months, “concludes the mayor.