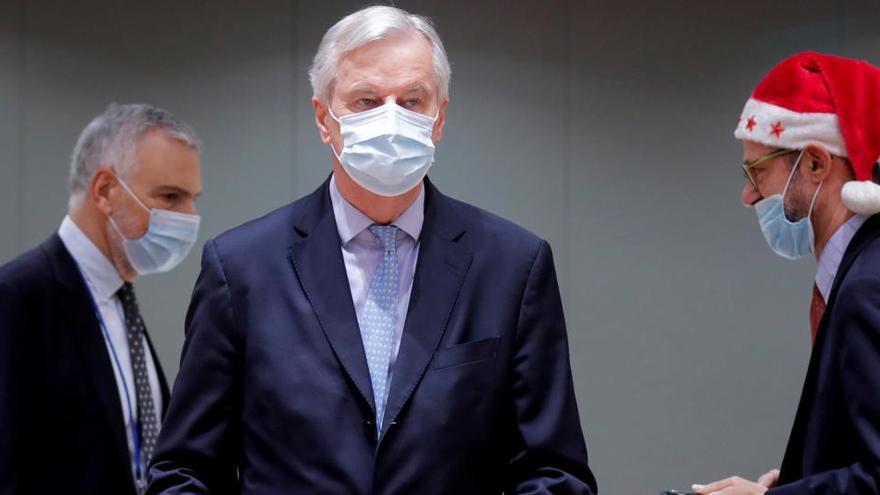 The European Union (EU) and the United Kingdom agreed to create a joint body, called the Association Council, to efficiently manage the Trade and Cooperation Agreement that will govern your new relationship as of January 1, with mechanisms to resolve disputes and impose tariffs.

The “scope” and “complexity” of the agreement reached on Thursday between Brussels and London, and published this Saturday in its entirety by Brussels, demand a “single and clear” governance framework, that establishes how the application is operated and controlled and how the parties’ commitments are enforced.

In this way, as the European Commission explains in a lengthy text that breaks down the agreement, multiple parallel structures and additional bureaucracy are avoided, and businesses, consumers and citizens of the EU and the United Kingdom have legal certainty about the applicable rules, as well as strong guarantees of compliance by both parties.

The text not only includes a free trade agreement backed by commitments to ensure a level playing field, but also provisions on transport, energy, fisheries, law enforcement and judicial cooperation, health security, cybersecurity and social security.

Therefore, Brussels stresses, a horizontal institutional framework to govern and enforce all aspects of the agreement.

Precisely, this point of governance was, together with the guarantees for fair competition for companies and fisheries, one of the three obstacles that almost made the negotiations wreck.

The Association Council, which will be coppressed by a member of the European Commission and a representative of the British government at ministerial level, it will meet at least once a year, but may do so more often at the request of the EU or the UK.

Both parties may refer any question regarding the execution, application and interpretation of the agreement to the Association Council, whose decisions will be taken by mutual consent.

The Association Council will be assisted by specialized committees and, in some areas, by technical working groups.

The agreement includes a mechanism to resolve disputes that may arise between the EU and the United Kingdom on the interpretation or fulfillment of their commitments.

This mechanism covers disputes that arise in any economic field, including trade and equal conditions commitments, as well as the coordination of social security, energy, transport or fishing.

If a dispute occurs, the EU and UK first consult in good faith to try to resolve any issues.

If disagreements persist, the claimant may request the establishment of an independent arbitration tribunal, which will be composed of three members elected jointly, and whose ruling will be binding within a specified period.

To ensure compliance with the judgment, the agreement contains mechanisms to maximize legal certainty for companies, consumers and citizens.

In this way, if compliance is not achieved immediately or within a reasonable time, the complaining party can suspend its own obligations in a proportionate manner until the other party complies with the court’s ruling.

This includes the suspension of obligations in all economic areas, for example, by imposing tariffs on goods if the other party persists in breaching its obligations in terms of social security, transport or fishing.

Those “cross suspension” mechanisms they are seen as an essential instrument to ensure that both parties ultimately fulfill all their commitments under the agreement.

The use of cross suspension mechanisms must be proportionate and appropriate; and can be challenged in an arbitration court.

To take account of their specificities, some areas of cooperation also have their own agreements for effective implementation, which allow, for example, the adoption of corrective measures, including the rapid suspension of the obligations of the other party in the event of non-compliance with the equal conditions in the case of company competition or fishing commitments.

The new agreement will apply, on the one hand, to the territories of the Member States and, on the other, to the metropolitan territory of the United KingdomTherefore, the overseas territories of both parties are not covered in principle.

It will apply to Guernsey, Jersey and the Isle of Man, but only in trade in goods and fishing.

By last, the agreement does not apply to Gibraltar nor does it have any effect on its territory, which does not exclude that in the future a separate agreement will be concluded between the EU and the UK, the British colony in southern Spain.