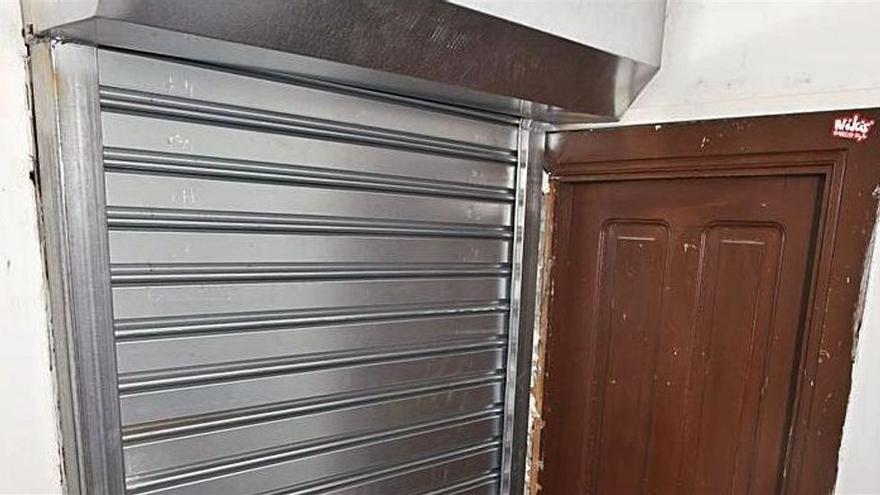 Squatting of homes is the order of the day. And one of the great associated problems is the slowness with which in most cases the courts act to the despair of the owners. Hence the importance of the court order just issued by a Vigo examining magistrate, who authorized a new express way so that the owner of a flat in the city’s Casco Vello could recover the property. Specifically, what he did was uphold the precautionary measure requested by this man’s lawyer and allow him to take possession of his house. In fact, he was able to do it a few days ago. Since at the time he went there no one was found inside it, everything went smoothly: without setbacks. He broke the padlock that the squatters had put on the main door and installed a security lock to prevent them from accessing again, a robust mechanism similar to those used by shops located at street level for security.

The resolution was issued by the head of the Court of Instruction 2 of Vigo. In that room a few weeks ago, the trial against the couple who was illegally in the house since July 2020 should have been held. One of the squatters is currently in prison and therefore located for the oral hearing, but the woman did not appear . Given the risk that the judicial procedure would be suspended eternally until it was found and with the evidence that the legitimate owner had not been able to enter his apartment for months, Judge Diego Costa appreciated that there was a “clear damage” to the complainant. And this was one of the reasons why, considering the request for a precautionary measure raised by the lawyer José Luis Feijóo, he authorized the owner “to carry out the takeover” of the house, proceeding in the same resolution to require squatters to be evicted within three days, with the warning of committing a crime of disobedience. The complainant had to post a deposit of 50 euros.

One of the keys to the order is that the investigating judge goes beyond the criminal jurisdiction to which he belongs and goes to the Civil Procedure Law (LEC) to apply the precautionary measure. And in its resolution it argues that all the requirements for this are met. First of all there is clear evidence of squatting. “There is sufficient evidence in relation to the alleged commission of a crime of usurpation”he says, citing documentary evidence that shows that the complainant “would be the owner of the home.”

Secondly, there is a risk that the future execution (the takeover of the house) “becomes useless or impossible.” And this because the owner had already been deprived of his house since last summer and since the woman who was still there when the other entered prison was unaccounted for, the judicial proceeding would remain suspended “until her location.” Something that would harm the complainant as there is no clear deadline for when he would regain his home. And finally, the magistrate concludes, the complainant must provide surety, that is, a bond, to recover his apartment. In this case, given the circumstances, it was set at 50 euros.

With this car in hand, the owner has just recovered that floor of a small building he owns in the historic neighborhood of Vigo. The rest of the houses are rented. “I found out that he was squatting in the summer; Since it was in poor condition, I was going to reform it and when the electrician went to do the work, people were found inside, ”he says. Now, he says, he will finally make those reforms and fix the damage caused by the people who lived there the last few months: “They left furniture scattered everywhere.”