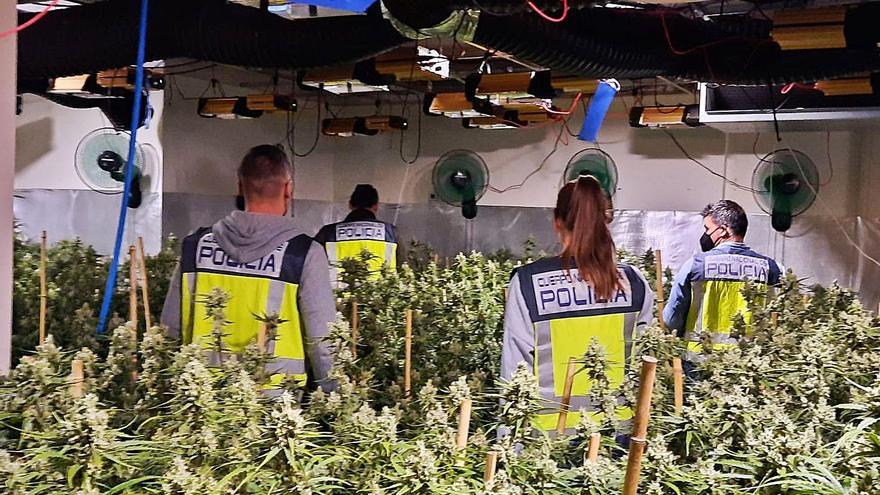 A judge of Benidorm has questioned the criteria of the electricity company Iberdrola in order to claim the money for the illegal couplings to the supply network to supply the marijuana plantations. In a procedure for a crop where more than 2,500 plants were seized from two Chinese citizens in a country house in Benidorm, the company claimed compensation of 78,000 euros for fraudulent consumption. A figure that the judge has not considered proven and that in the sentence set at 3,000 euros. The magistrate of the Criminal Court 1 of Benidorm accepts the expert reports of the defense, the lawyer Francisco González, which stressed that “there is not such a high power” since “all the leads would jump.”

The marijuana plantation was dismantled at the end of last March in Benidorm about 2,500 marijuana plants, as well as another 1,575 stems, substances that in the market would have reached the value of 359,250 euros. As in other similar facilities, there was abundant material dedicated to the optimal performance of the plantation: 106 halogen lamps, 45 fans, 159 extractors with filters and other material. The Police detected an illegal connection to the lighting network, with which the plantation was supplied.

The trial was closed with a consent in a Benidorm criminal court, for which the defendants settled for a sentence of one year and six months in prison for drug trafficking; and a fine of 270 euros for the illegal hitch. The only thing that there was no agreement on was the amount that Iberdrola was claiming for the supply.

The judge recalls in the sentence that the manipulation of the meters prevented “an exact calculation of the energy consumed (…) having made an approximate calculation based on the power of the devices installed by the defendant in the plantations and the time that they were in operation. He also values ​​that these plants require a lot of light in addition to water for its rapid and adequate growth. However, the magistrate emphasizes that in this case “it is a simple calculation based on the estimates of a witness.”

“It has not been proven that the power that must be contracted by each consumer is the sum of all the electrical appliances that they have in their home,” concludes the judge, adding that it has not been proven on what the power company has relied on for calculate the consumption of 169 KW, nor the list of devices that give this result, which is the equivalent of an industrial warehouse or a nightclub. “You cannot establish a power greater than that which can be contracted,” he concludes.

The two defendants are already at liberty

The two defendants for this marijuana plantation they are at liberty since last weekend, after the court agreed to suspend their sentences after the agreement reached between the defense and the Prosecutor’s Office. The suspension is conditioned on them not committing another offense for two years and paying the money owed to Iberdrola.