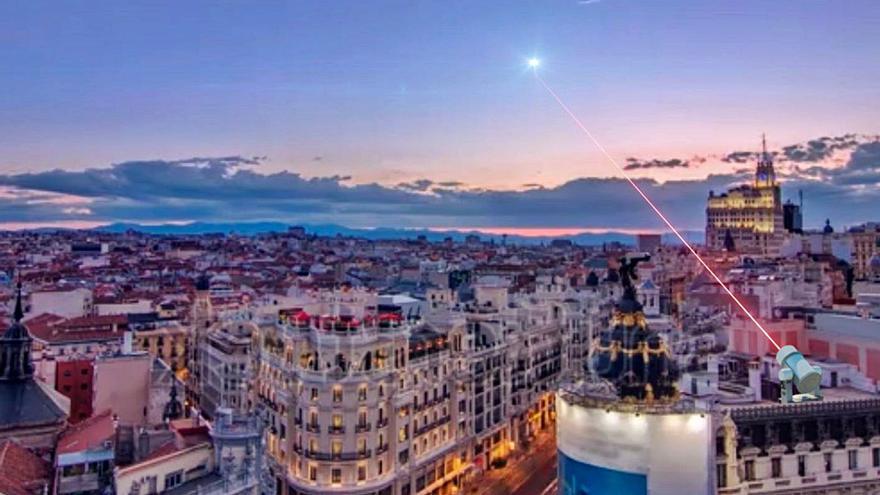 The ultimate goal of the Science Park company is to improve data processing capacity through small satellites. The technology of the Odaliss project will make it possible to implement the communication link from ground to satellite and vice versa through the use of infrared lasers, an innovative formula that seeks to replace the traditional systems of radio frequency bands to improve data transmission rates in small satellites to a much lower cost than the current ones.

The UMH signature is supported by sending to the space of nanosatellites qwhich are designed for himto intensive data transmission, which can be very useful for observation cameras, climate measurement instruments, pest or border controls, measurement of the advance of desertification, crop surveillance, monitoring of the health of the oceans or monitoring of maritime traffic and air. “Communicating through laser instead of radio frequency has great advantages, it achieves access to very high speed rates, above 100 megabytes per minute, as well as other improvements related to consumption or size”, explains the technical director of Emxys, Francisco García de Quirós.

Odaliss project work being carried out by the Emxys company of the Miguel Hernández University Science Park. | INFORMATION

Apart from these improvements, the research carried out in the Science Park entails other advantages and has among its future plans to create a technology industry that provides added value for the province and creates jobs. Among these other improvements, one of the most important is that laser communication enables the illumination of small areas on the ground, which represents a considerable advance in terms of safety. “If you illuminate only 500 meters, you will not be able to receive communications from any city and it will be very difficult to hack the signal”, points out García de Quirós, who also considers as another great benefit the fact of being able to share very large data rates with little energy consumption.

Although it focuses its efforts on the Odaliss project, the company has other initiatives underway, such as the collaboration it has exercised for a year with the Instituto de Astrofísica de Canarias for the development of satellites or the contacts it has with large telecommunications operators, whose identity cannot be relieved by confidentiality clauses. This year a satellite has also been launched with the Polytechnic of Madrid with a telemetry unit similar to that of the final prototype, the first model of which is expected in 2021.

The UMH spinoff has been operating for thirteen years, nearly a decade and a half in which the great advances that have occurred in the fields of photonics and microelectronics have made it possible to increase the computational capacity of satellites and put the name of Elche again in orbit.

A laser from Elche to space